Yesterday, Kim Kardashian's oiled-up behind graced the cover of Paper Magazine -- were you aware? The internet quickly freaked out, and subsequently freaked out about freaking out. She hardly broke the internet, but she certainly got its disciples talking.

While opinions are divided on whether or not Kim's nude cover was bold or boring, one particular online reaction rubbed us the wrong way. Some dissenters claimed that Kardashian's decision to pose nude was offensive and morally lacking -- largely because she's a mother.

Soon many an indignant tweeter hopped on the but she's a mom! train.

There are many reasons to roll your eyes at Mrs. West. But her decision to pose nude, while having at one point in her life birthed a child, is not one of them. It is, of course, every woman's prerogative to show or not show her body, regardless of whether she's spawned children.

In the art world -- a world in which Kardashian likely feels she belongs -- the tradition of posing nude post-motherhood is hardly rare. Take, for example, Lucy Hilmer, a photographer who made the internet collectively smile earlier this year thanks to her series "Birthday Suit." Every year since 1974, Hilmer has photographed herself on her birthday wearing only her underwear. In one image, Hilmer even poses nude with her child grabbing at her breast. 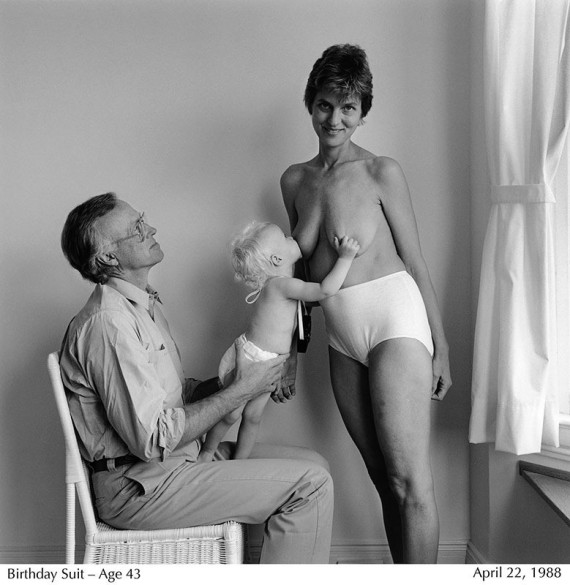 "What I’ve learned is that I’m really no different from anyone else," Hilmer explained in an earlier interview with The Huffington Post, "and the truths we share are so often hidden. What I think I’ve done in these self-portraits is to strip off a layer or two to reveal some of those truths that are universal." In Hilmer's works, nudity serves a purpose other than sex -- in this case, it functions to reveal universal truths.

And then there's Aleah Chapin, who, in her "Aunties Project," painted the nude women she grew up with off the coast of Washington, many of whom are mothers. The painted series communicates the beauty of the human body, stripping nudity of any sense of shame or taboo. The subjects stand firmly in defense of their bodies, and their right to exhibit them as they please. 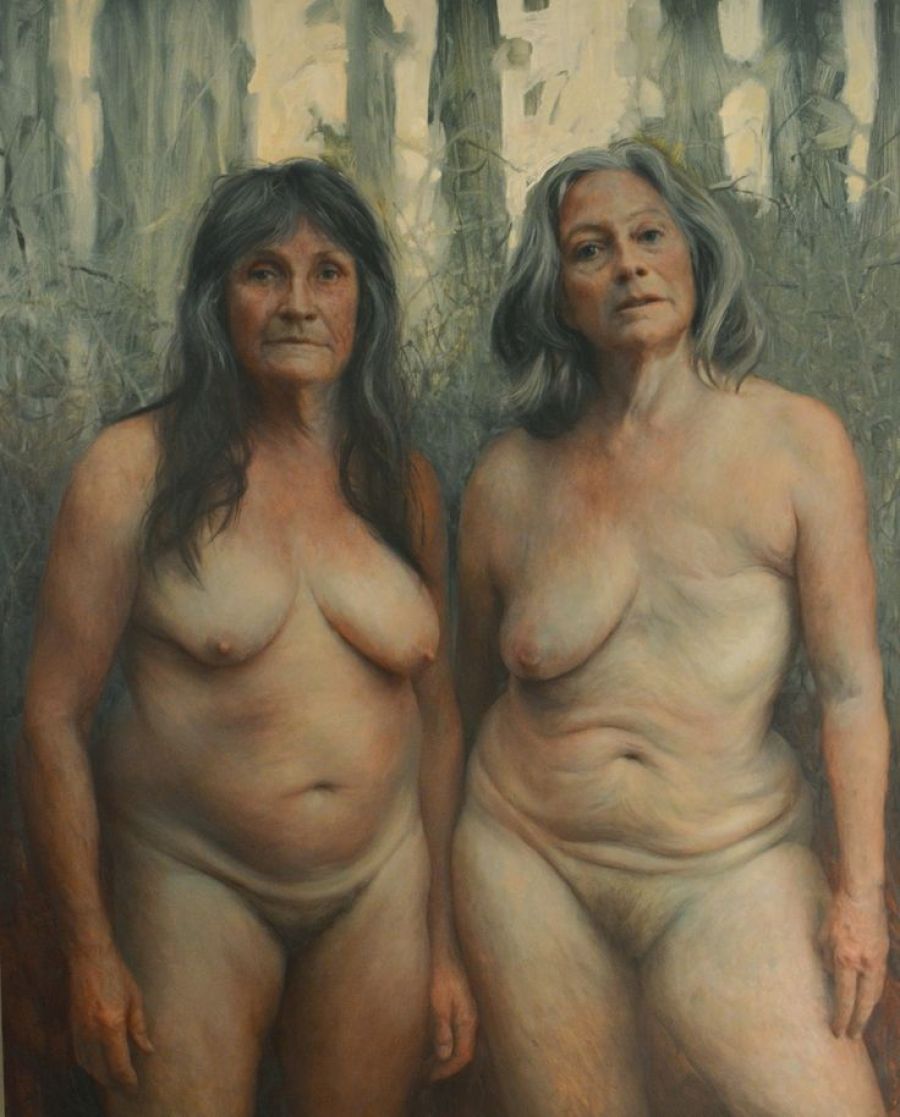 We can't forget Laurie Simmons -- artist, photographer, and mother of Lena Dunham. "My mother invented the selfie," Dunham writes in Not That Kind of Girl. "In the images she took of herself in the loft, she was only sometimes dressed, in a baggy sweater or belted safari shorts. But most of the time she was naked... The eye is drawn to her nakedness. Legs spread defiantly."

At the end of the day, Kardashian is far from the first mother to pose nude and probably far from the last. We understand artists like Hilmer and Chapin aim to broaden the scope of nude bodies that are endowed visibility in the public sphere, while Kardashian only affirms a more idealized and unrealistic body image. However a body is a body, and every woman should decide for herself he right time to oil up the buns and make a quick million (or 43). Telling a woman what she can or cannot do with her body is problematic, to say the least.

So just as we wouldn't slut-shame or body-shame, let's not mom-shame if we can help it. Speculate on pop culture's fascination with reality stars all you want, or the ever-evolving nature of the Kimye brand. Or photographer Jean-Paul Goude's questionable fetishization of women. But leave motherhood out of it.

We're pretty certain the only way to stop Kardashian's reign is to not talk about her endlessly anyway. Let's direct this conversation to Laurie Simmons, shall we?

Kim Kardashian Posed Nude. Her Motherhood Has Nothing To Do With It.
Aleah Chapin 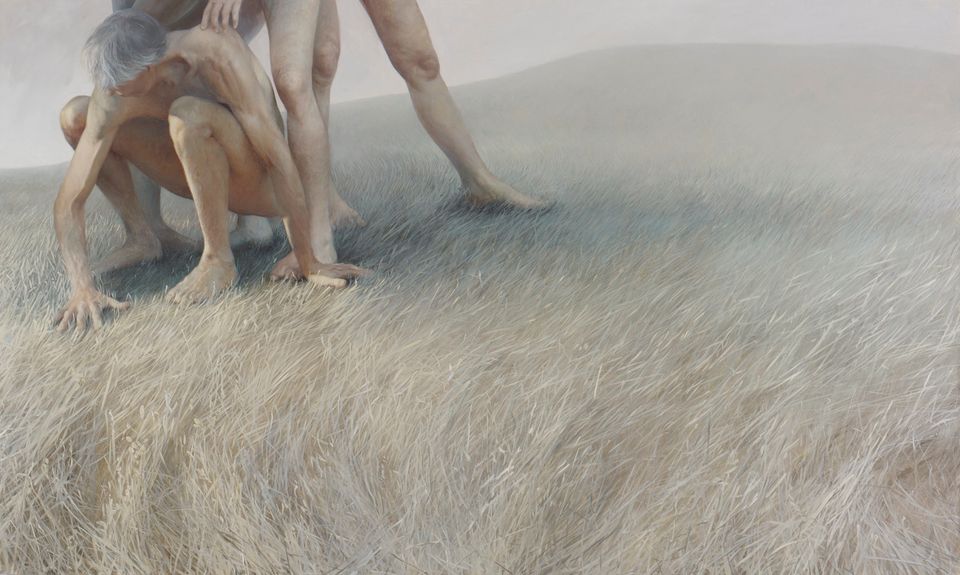