Apple thinks the key to a better life is a high-end watch that connects to your phone and tracks your health. But could a much simpler piece of technology actually make the difference you're looking for?

Kayla Matheus, the 25-year-old creator of MOTI, a small desktop gadget in pre-production, thinks so. MOTI's purpose is to help you practice good habits by offering tangible encouragement: It sits on your desk, lights up and vibrates to urge you along. Matheus has been developing the idea since last fall at 30 Weeks, an experimental program sponsored in part by Google that helps designers create and launch products.

MOTI isn't ready for consumers yet -- though you can apply to be one of 50 beta testers -- but it's expected to enter production by the end of summer. You'll decide what you want MOTI to help you with (running every day, maybe), and you'll press its single button whenever you do that thing. Its "face," if you could call it that, will flash different colors, and the device will vibrate and chirp to mark your achievements. Users are supposed to put it in plain view so they can't ignore it.

"The problem with most habits is delayed gratification," Matheus told The Huffington Post during a recent interview at 30 Weeks' New York City office. "MOTI celebrates with you."

MOTI is built around the premise that you need three things to develop a habit: a trigger, routine and reward, Matheus explained to HuffPost.

If you're running to lose weight, for example, it would help to have something that prompts you to get off the couch and into your gym shoes. Otherwise, it's easy to avoid doing it.

It also helps to have a reward. Sure, you'll get endorphins from the activity, but that's not exactly tangible. If the reward is fitting into smaller jeans, it might be weeks before you achieve that. In the meantime, MOTI's positive feedback of bright lights and literal good vibrations could help spur you along.

MOTI might seem simple, but it's purposefully designed to counterbalance the glut of wearables, fitness apps and push notifications you may have noticed cropping up in the world around you. You could think of it like a sort of 21st century Daruma doll. In traditional Japanese culture, an individual would set a goal by marking one of the doll's eyes. After days, weeks or even months of staring at the thing, that person would finally mark the other eye when their wish was fulfilled. 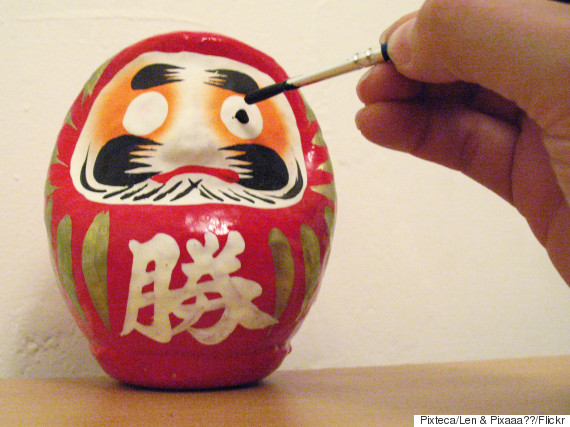 If you have MOTI sitting on your desk, it's tough to ignore (unless you shove it into a drawer or something, defeating the point entirely). If you use a fitness app, it's pretty simple to swipe a notification away.

"We ignore push notifications," Matheus said. "Out of sight, out of mind."

That said, Matheus is developing an app that will pair with MOTI to help users keep track of their goals, but the hardware comes first. 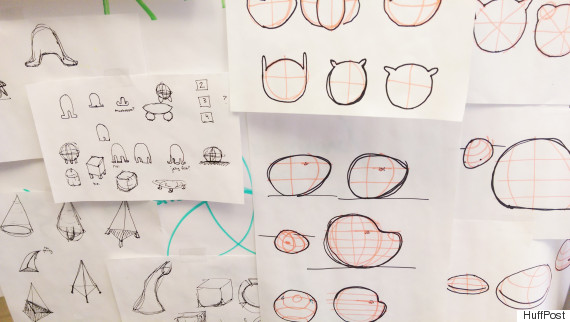 To make sure users don't ignore MOTI, it needs to be cute. Currently, there are three finished prototypes: One of them has little arms, another has pointed ears and the last is simple and rounded. When Matheus was developing the idea, she fashioned a crude device out of a koala plush. She said that even in the more developed stage that MOTI is in, people tend to see either an eye or a face in it.

"We react to it like we're being watched. Hopefully not in a creepy way," Matheus said.