This photographer shows us that music doesn't just sound beautiful -- it can look gorgeous as well.

Stephen Orlando from Waterloo in Ontario, Canada captures violinists, violists, and cellists playing music as part of a photo series he has been working on. But, he explained to the Huffington Post in an email, the pictures capture much more than just the musician -- they also capture the bows' movements through captivating, colorful light trails.

The images are stunning, and we know what you're thinking. No, they're not photoshopped.

Orlando told HuffPost that the striking images, each of which were taken with a long exposure, were achieved by attaching LED lights to the musicians' bows. He then manipulated the colors with a microcontroller, a small computer programmed to produce the desired color patterns. The photographer also got to moving.

"A relative motion between the performer and camera must exist for the trails of light to traverse the frame," Orlando said, according to Colossal. "I found it easier to move the camera during the shot rather than the performer."

The project was inspired by Gjon Mili, a photographer who had captured violin bowing through light painting in 1952. Orlando wanted to try his technique -- this time with modern lights.

The photos are brilliantly stunning, and they're definitely music to our ears, er, eyes.

PHOTO GALLERY
Creative Ways To Display Your Photos
Download
Calling all HuffPost superfans!
Sign up for membership to become a founding member and help shape HuffPost's next chapter
Join HuffPost 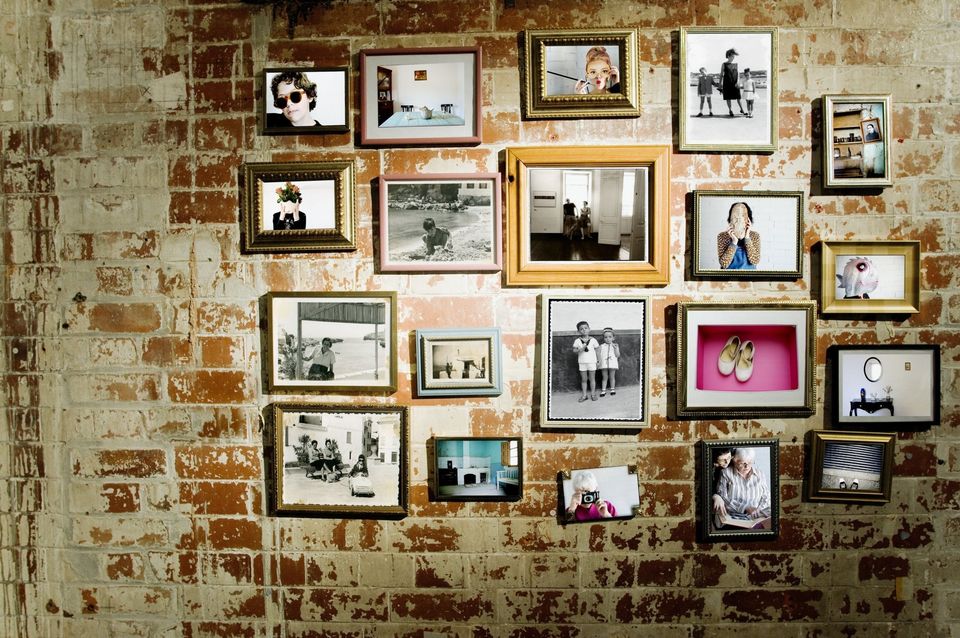 1 / 12
Mismatching Frames
To create a gallery with a modern edge, Rebecca Tucker, interior designer and co-founder of <a href="http://sunainteriordesign.com/" target="_blank">Suna Interior Design</a>, suggests: "Take a selection of your favourite frames, fill them with photos and hang them in a seemingly haphazard manner." Keep your eyes peeled in charity shops for unusual - and cheap - vintage frames.
Getty Images