"Grumpy" loved spending the weekend touring the Texas Hill Country with his pals -- the Seven Dwarfs Motorcycle Club. His Harley was his pride and joy and nothing gave him a greater sense of freedom than riding on a crisp, cool, fall day with his ponytail flapping in the breeze behind him. He never had time to see the sheep on the road, as his bike slipped out from under him, his unprotected head first bounced on the pavement and then into a culvert next to the road. Comatose and severely brain injured, he was transported by helicopter to the trauma center.

Cheryl couldn't wait to get home from school, feed her dog and hop onto her fluorescent pink bicycle. With her friends, they made a quick stop at the convenience store and decided to race to their favorite spot in the woods behind their neighborhood. For the first time she was in the lead as they careened down the big hill. Then, suddenly her front wheel struck a pothole in the road and she was headed over the handlebars. No helmet on her head, she suffered a terrible brain injury and lies motionless in her bed, staring as if awake, but in a deep coma.

The Most Wanted List
These are real people and real stories. It is why there is a "Most Wanted List." It is not the list of criminals hanging on the post office wall, but it is equally important. The National Transportation Safety Board (NTSB) recently issued a press release putting mandatory motorcycle helmet use on its Most Wanted List of Transportation Safety Improvements. How can we still be debating such a clear cut issue in 2010? The truth is that we have been here before and are now heading steadily backwards.

Everything seemed to be heading in the right direction. It was 1966, the Beatles were hot, long hair was in and the Highway Safety Act mandated the use of helmets for motorcycle riders. By 1975, 47 states had enacted such laws and we were well on our way to a saner and safer approach toward preventing brain injuries. Then the Highway Safety Act of 1977 relaxed the pressure on the states to pass helmet laws and within a brief three years, 27 states repealed their helmet law. Motorcycle deaths dramatically increased. It is a fact: Motorcycle helmets reduce the risk of death by 39 percent. Moderate to serious injuries increased dramatically and the costs associated with these injuries soared. Almost one-half of those injured have no insurance and their care is covered by public funds. Today, only 20 states have mandatory motorcycle helmet laws for all riders.

The period of time before and after 1977 gives a clear picture of what happens when you require people to wear a helmet. Deaths and serious brain injuries were significantly reduced by the use of helmets. A 1992 study in the Journal of Trauma compared helmeted and unhelmeted motorcycle accident victims. The chance of a severe brain injury was 66 percent in those without a helmet compared to 38 percent for those smart enough to wear a helmet. The cost of medical care for the unhelmeted was more than four times greater than those with a helmet and 44 percent of the medical care was paid out of public funds. 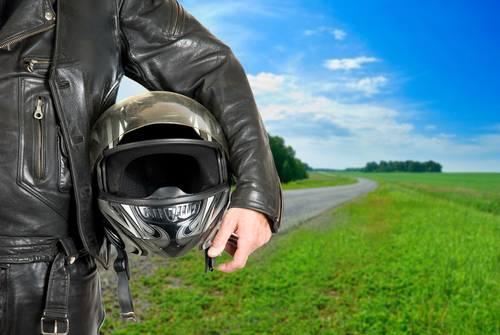 Who Are These Riders?
Severe brain injuries occur most frequently in young men between the ages of 15 and 24 -- aggressive and impulsive risk takers, whose judgment may be impaired by their hormones. It is no surprise that a study from the University of Southern California confirmed that motorcycle riders between 16 and 24-years-old were significantly over-represented in their sample. In this study, two-thirds of the accidents were caused by rider error such as over-braking, running wide on a curve or excess speeding. More than one-half of the riders had less than five months experience on the accident motorcycle and less than three years of total experience.

Therein lays the complaint of experienced motorcyclists who do not want to wear helmets. They feel that they shouldn't be penalized for inexperienced, show off drunk drivers who don't know what they are doing. The National Coalition of Motorcyclists claims that it is the other way around and that in two-thirds of the accidents the auto drivers are at fault. They claim they shouldn't be targeted because motorcycles represent only 2 percent of the total vehicles and less than 1 percent of all vehicular accidents.

The Right To Ride?
Motorcycle rights activists want to protect their right to ride and claim that the same goals we hope to achieve with mandatory helmet laws could be accomplished with motorcycle awareness campaigns and rider training courses. But, will it really protect those most likely to be brain injured -- our impulsive youth? It is not just an issue of those who ride; it's an issue for those of us who pay the bills.

Every study confirms that it is the public who bears a major portion of the cost of taking care of motorcycle crash victims. It is clearly a societal issue, for the cost of caring for severely brain injured people can rarely be totally funded by insurance. We, the taxpayer, pay for the medical costs of acute care, rehabilitation and, for many, the lifetime cost of custodial care. Nor could we deny medical care to a rider who was willing to sign a waiver, permitting the denial of care should they be injured riding without a helmet. We couldn't do it as physicians or as a civilized society.

The American Academy of Orthopedic Surgeons issued a position statement on the use of motorcycle and bicycle helmets. Similar position statements have been issued by the professional organizations of neurologists, pediatricians and neurosurgeons. The AAOS believes "that the issues of personal freedom should be seen in the context of the fact that the public at large incurs a major part of the cost for injuries to motorcycle riders. Society must evaluate the claim of infringement on freedom versus the funding of these costs." The need for a helmet law is a public health issue, proven in the data of past mistakes. It is a broader issue than motorcycles and stands to threaten the rapid growth in bicycle helmet use. 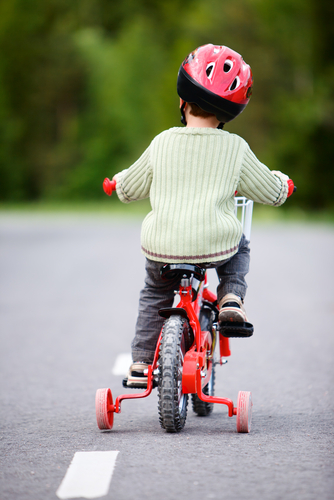 Children And Helmets
There were 653 bicycle deaths in 2008 and only 8 percent of them were wearing helmets. Three-fourths of the bicycle related deaths and one-third of the injuries involve injuries to the face or head. We know that bicycle helmets reduce serious traumatic brain injuries by 95 percent, yet fewer than 35 percent of all cyclists wear helmets all of the time.

Stop a minute and look at the box that your latest computer or television came in. It's packed securely and safely in expanded foam similar to what helmets are made out of. Sony or Apple wouldn't think of shipping their product without this security, but we send our children out to play with less protection than a $100 DVD player. We must not be thinking clearly. The once nerdy white foam shell helmets now come in colorful and stylish designs that any child or adult would be proud to wear. You can protect your child for the $30 that you might spend on a pizza dinner.

So what's the problem? Is there a revolt of 5-10-year-olds who refuse to wear their helmets or is it a lack of parental responsibilities that expose our children to these risks? I suspect we just don't think about it in terms of protecting our children from a serious health hazard. After all, we did crazy things on our bikes and survived those Evil Knevil jumps.

Brain injury associations around the country are actively educating school age children about the importance of bike safety and helmets. We can tell them about the rules of the road and to avoid stunt driving, but children will always behave like children and it is our job to help protect them. Adults need to wear their bicycle helmets and set a good example -- it is possible to wear a helmet and have fun.

Several states and many communities have passed mandatory bicycle helmet laws for children and a national mandate is needed. Allowing people to ride motorcycles and bicycles without helmets is a giant step in the wrong direction and demonstrates an abundance of poor judgment. I know the "collective wisdom" of our society today is demanding civil liberties that allow for more individual freedoms, but this one makes no sense. Mandatory seat belt laws save lives and reduce injuries. It is time for mandatory helmet laws in all 50 states.