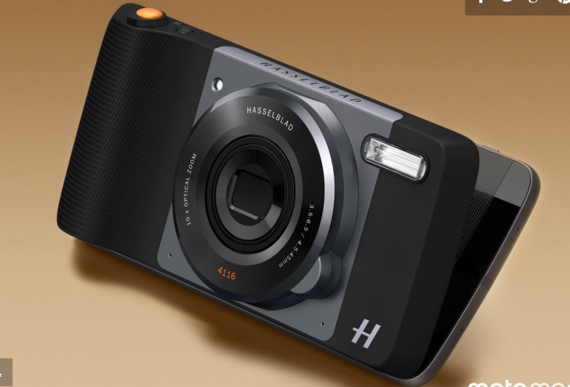 Most people these days are more than happy with their cell phone cameras, but some of us still carry around digital cameras because of better lenses, better sensors and -- very important -- optical zoom.

But now Motorola, a subsidiary of Lenovo, has a smart phone with an optional snap-on camera with a 10x zoom. And that camera is from Hasselblad -- a legendary high-end camera maker who's camera was used by astronaut Buzz Aldrin to snap a picture of his colleague Neil Armstrong on the moon.

The camera, called Hasselblad True Zoom, is one of Moto Mods that also includes snap on JBL speakers and an "Insta-Share" projector.

In addition to the zoom, the camera has a 12 megapixel sensor, a Xenon flash and allows you to shoot in RAW format to give photographers a great deal of flexibility when it comes to lighting and other controls after the picture has been shot.

I was at the IFA trade show in Berlin where the camera and phone were unveiled at a Lenovo press event and had a chance to play with the camera and loved that you use it pretty much like a standard digital camera with a shutter button and zoom control where you would expect them to be. The zoom definitely improves the quality of close-up pictures. 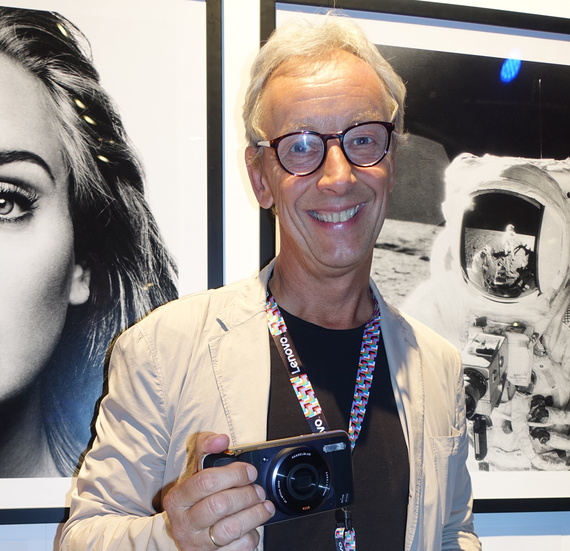 Aside from its $299 price tag, my biggest issue with the camera is that it's one more thing to carry around and, when attached, makes the phone a bit bulky which strikes me as sort of defeating the purpose and convenience of a camera phone. The good news is that, because it's a phone, any picture you snap can be immediately uploaded to a social media service or shared via email. Of course there are numerous digital cameras that can transmit images to a phone for uploading, which strikes me as a preferable solution in many cases.

Flash modes
Auto, on, off