How far would you go for a cup of tea? Would you climb a mountain and traverse a cliffside plank-walk that's been called the the scariest trail in the world? What if that plank-walk lacked railings, and was so narrow it could only be crossed single file? Would you do it all for one cup?

This treacherous trail is a real, well-traveled route that runs up China's Mount Huashan, also known as Mount Hua. One of the country's five sacred mountains, it's located in central China's Shaanxi province. 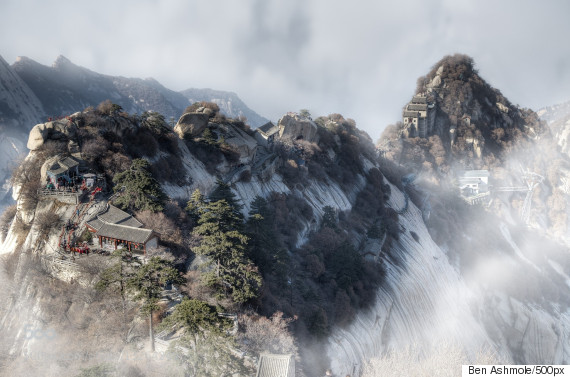 Mount Hua actually consists of five peaks, and the most southern peak is home to a temple that holds tea ceremonies for any visitors daring enough to make the journey.

The stone staircase at the beginning of the hike is the easy part. That takes you to a gondola, which drops you at the southern peak's base. 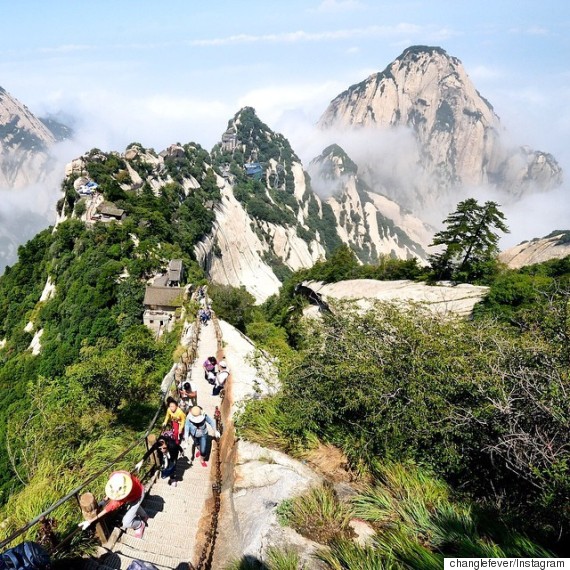 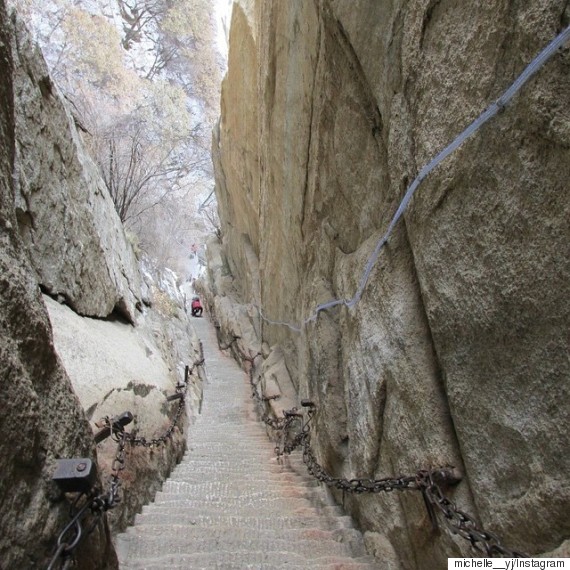 The real fun comes in a cliffside path that consists of nothing more than footholds that have been hammered into the rocks and narrow, rickety planks hugging the side of the mountain. For a terrifying, firsthand view, take a look at this video:

After the plank-walk, you'll reach another stone stairway and finally, a Taoist temple, one of many on the mountain. There you'll find your well-earned cup of tea. It'd better be the best cup of tea in the world, because it's definitely the most difficult to get.

For more stomach-churning views, check out NPR's The Salt for a visual journey up the Western peak, where another elusive cup of tea awaits.

Dangerous Hikes in the U.S.
More:
travelhplifestyleChina TravelTea
Newsletter Sign Up
An essential daily guide to achieving the good life
Subscribe to our lifestyle email.
Successfully Subscribed!
Realness delivered to your inbox