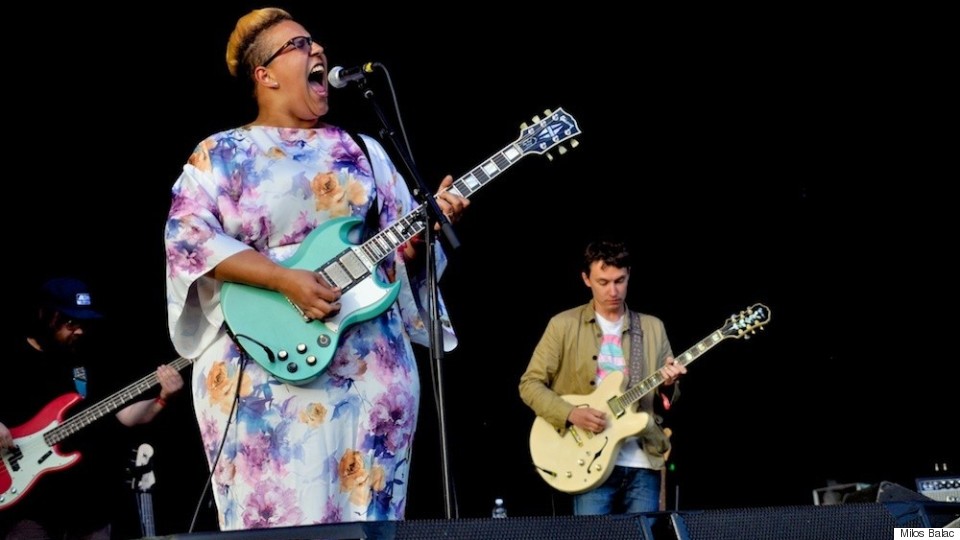 New York’s glitterati and hypebeasts crammed together on Randall’s Island this weekend for three days of mud-soaked booty shaking, people watching and subpar sound at the Governors Ball Music Festival. But just two hours north of the city, the vibes were less turnt and more tie-dye at the Mountain Jam Music Festival in Hunter, New York.

Set at the base of the second-highest peak in the Catskills, Mountain Jam celebrated its 11th anniversary with headlining performances from Robert Plant, The Black Keys and Alabama Shakes. Instead of the usual EDM and hip-hop festival staples, the four-day lineup was heavy on rock, reggae and jam acts including Grace Potter, Rusted Root, Michael Franti, Rebelution, The Wailers, Shakey Graves and Hurray For The Riff Raff.

Festival goers jammed out in the crowd and in the air, taking to the skies on a music-filled chairlift ride. Yoga and hula-hooping workshops kept the crowd limber between sets, and a Karma Wash made sure everyone stayed chill. Local vendors offered delicious creations, including a “BBQ Sundae” (think pulled pork and ground beef layered with mashed potatoes in a parfait cup) and “Jesus Cheez Whiz” (best to not ask too many questions).

While Ryan Adams and Deadmau5 duked it out at Gov Ball, there was nothing but love at Mountain Jam. Grace Potter debuted new tracks from her upcoming solo LP before being joined on stage by Gov’t Mule guitarist Warren Haynes. The Wailers brought the spirit of Bob Marley to the Catskills and The Black Keys electrified the crowd with their hard-pumping blues stomp.

The Alabama Shakes closed out the wondrous weekend, giving fans a more than 20-song performance. Powerhouse frontwoman Brittany Howard blew the crowd away, dedicating “Miss You” to the mysterious “Ricky, who can’t stay out of jail.” As the sun set on the mountain, the band ended on "You Ain’t Alone," with Howard singing, “You ain't alone, just let me be your ticket home.”

Below, check out our favorite photos from the vibed-out weekend.