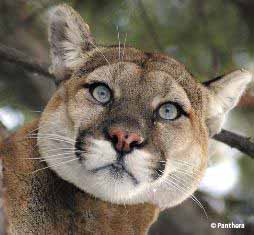 On Monday afternoon, a hunter in eastern Iowa had the rare luck to see a mountain lion. Mountain lions, like most wild cats, are secretive creatures and are notoriously hard to see in the wild. And, not only does this hunter get to see a mountain lion, he gets to see the first one that has been seen in the state in 5 years. Now that's quite a story in itself. But, the tale continues. You see, this hunter in particular, wanted that mountain lion all to himself, as a fully stuffed mount in his Cedar Rapids home. And, to his credit, before shooting the mountain lion, he wanted to be sure he could. He reportedly took 40 minutes to ask permission from the landowner to kill the cat and to make sure it wasn't illegal to kill a mountain lion in the state of Iowa. He got green lights on both fronts and now Iowa may again be without a mountain lion for a while.

We could get all sad and huffy about this one animal (and I have to admit, I did for a bit after hearing this news), we could chastise this gentleman for killing this animal solely for sport and perhaps a bit of fame, but the root of the issue here isn't this one man and this one lion. As a species, ranging from western Canada and the US to southern Chile, mountain lions are far from endangered. And people hunt trophy species throughout the world. Done legally with well-managed populations, the money that can come from such a penchant can actually help wildlife conservation in some areas. No, what we should be getting upset about is the lack of forethought and vision on the state of Iowa.

Mountain lions used to live all over the U.S. But, as our country became more and more settled and predator control programs encouraged and paid for the killing of all things big (or medium) and scary, mountain lions disappeared as the wave of human populations advanced westward. Except for the small endangered population of Florida panther, mountain lions were extirpated in two-thirds of the U.S., basically everywhere east of the Rocky Mountains. With the end of the practice of poisoning on public lands in 1972, mountain lions have been slowly making a comeback. Just in the last decade, populations have started to increase from New Mexico to Alberta, and expand eastward. There were murmurings of sightings in the Dakotas and western Nebraska which have given way to proven re-established populations, and now mountain lions are being seen Iowa, Missouri, Oklahoma, and further east. They are bucking the trend, they are making a comeback.

Looking at Marengo, Iowa in Google Maps, near where the mountain lion was killed on Monday, the re-emergence of this species in Iowa is quite unbelievable. Aside from some forest on either side of the Iowa River, the image is like a patchwork quilt. Squares of green, brown, and beige cloak the landscape in all directions. Not a place you would expect to find an animal as large and wild as a mountain lion. But wild cats continue to surprise us by being more opportunistic and adaptable than we could imagine. They can traverse hundreds of miles of human dominated landscapes to find the just the right home -- sometimes in places they haven't been for hundreds of years. This, I consider to be a spectacular phenomenon; a middle finger to the human race, a defiance of our attempts to rid much of our country of mountain lions, a tacit request to come back.

And if we answer that request, we must encourage wildlife agencies east of the Rockies to plan for a future with mountain lions. We need the wildlife departments to set the precedent for their citizens that killing one of the only representatives of a wild species in their state is not okay.

So wake up Iowa. The Dakotas, Nebraska, Minnesota, Wisconsin, Kansas, and Missouri all protect their mountain lions. And because they do, more and more mountain lions will be showing up in your little patches of forest. It is time to stop ignoring the mountain lion and protect this species in your state.

Link to a local news story and video account of the incident: http://gazetteonline.com/local-news/2009/12/15/cedar-rapids-man-shoots-mountain-lion-in-iowa-county

Note: The news piece erroneously stated that the animal shot was a female, it was a male mountain lion. 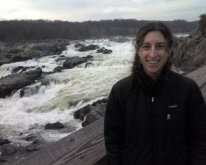 Kathy Zeller is the Corridor Initiatives Coordinator for Panthera, the leading global nonprofit organization devoted to saving the world's wild cat species from the diminutive black-footed cat of southern Africa to the massive tiger of Asia. Kathy uses data on habitat needs of large cats to highlight priority areas for landscape level conservation initiatives. Most recently, her work has focused on the identification and conservation of a jaguar corridor connecting jaguar populations from Mexico to Argentina.