To raise funding and awareness for children living with AIDS in Africa, the tallest mountain peak in every state in America will be scaled this spring. The American Foundation for Children with AIDS (AFCA), in partnership with the American Alpine Institute, is sponsoring "Climb Up the 50."

Funding from this dramatic, synchronized climb-a-thon will pay for the uphill battle to support children with AIDS.

Funding will cover AIDS-related medication, supplies, and food for children infected with the disease in the hardest-hit countries, including Kenya, Uganda, and Zimbabwe.

Climb Up the World participants can engage in the event by running, climbing, hiking or cycling -- where ever in the world they are -- on September 19 or 20.

Each person who registers to take part in the event can either raise $90, $180, or $360. Each amount is the equivalent of 3 months, 6 months, or one full-year of life-saving medication for a child. The $25 registration fee covers all administrative costs so all raised donations will be used for AFCA-related programs. Teams raise $5,000. 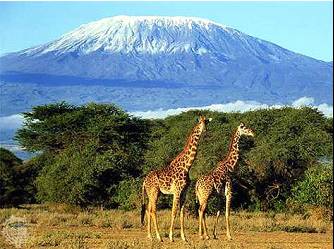 The Climb Up Kilimanjaro is the most daring event. The team consists of 12 brave people who will climb up Mount Kilimanjaro -- at 19,330 feet, the highest peak in Africa. The Kilimanjaro team wishes to raise $10,000 per person to cover costs of climbing and the money needed for the AFCA's initiatives. This 10-day climb will take place Sept. 11-24.

The mountain climbing apparel manufacturer Merell has agreed to donate the footwear needed to the 12 members of the Kilimanjaro team.

Tanya Weaver, executive director of the AFCA says, "AFCA has received tremendous support from the climbing community around the world. We think the challenge of climbing to the summit of Mount Kilimanjaro is an appropriate symbol for the uphill battle HIV/AIDS children face." 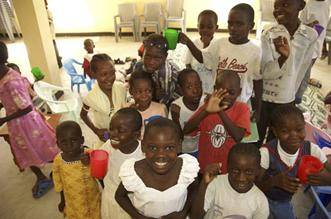 This viral event is not just limited to climbing. The AFCA invites anyone and everyone to climb, hike, bike, or run for whatever distance to raise money for the children.

Corporations are encouraged to either sponsor, match donations, or organize a team of their own. Non-participants of the fundraiser can go the AFCA's website for the program and sponsor one of the climbers for the Climb Up Kilimanjaro part of the program.

The AFCA's aid in HIV/AIDS stricken countries does not go unnoticed. Children who have received care from hospitals funded by the organization have sent letters of appreciation, which can be viewed on their website.

The organization I founded ten years ago, Orphans International Worldwide, has a community center at the base of Mount Kilimanjaro at OI Tanzania, serving AIDS orphans and other children. Hopefully the Kilimanjaro team will stop by and visit the children currently staying there before they embark on their ten-day journey up the highest peak in Africa. 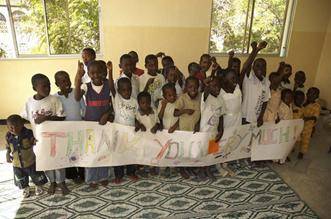 The American Foundation for Children with AIDS looks to provide children suffering from HIV/AIDS with effective treatment and life-saving medication. The AFCA provides education, medical and social support as well as humanitarian relief. More information can be found on their site, HelpChildrenWithAIDS.org.

The American Alpine Institute is dedicated to helping climbers hone their skills and learn to protect the environment in which they climb. They are currently working on sponsoring the AFCA's Climb Up So Kids Can Grow up programs. More can be found on their website, AAI.cc.