It is always hard when people die. No matter what the situation, it seems impossible to deal with the fact that someone you were close to will no longer be around. Although there is no one way to get over this, people have developed ways to make it easier. This process is called mourning. Almost every religion or culture has its own traditions involving mourning. In fact, mourning dates back thousands of years. Archaeologists have found artifacts that suggest that early hominids had their own rituals and burials when a member of the community died. These early humans were found buried alongside useful tools (perhaps ones that would aid them in the afterlife), along with flowers and jewelry. In modern times, many burial rituals are very different from this, and even modern traditions all vary. However, they all ultimately achieve the same thing, which is coming to terms with death.

Different traditions in Christianity have different rules for mourning. The tradition of wearing black during mourning dates back to Roman times or earlier. In 1969, the Roman Catholic Church changed the acceptable liturgical colors to be worn for the Mass for the Dead to violet, black or white. The funeral service for Catholics, particularly in Ireland, is called a wake. A wake takes place sometime between the death and the burial, and in general is held at the family's house. Although wakes usually involve a viewing of the body, it is often a celebration of the deceased's life. The word "wake" evolved from the word for "watch" or "guard" and became the term used in "wake for the dead."

Greek Orthodox Christians believe that death is when the soul separates from the body. As soon as someone dies, they begin experiencing partial judgment, which is when they first experience heaven and hell. During this time, the behavior and faith of the deceased are judged. The family holds a funeral service that is an hour or less and is not part of a larger service. Almost every Greek Orthodox funeral involves an open casket that the mourners bow in front of. A religious icon is usually placed on the deceased's body, and the mourners kiss the icon. During the burial there is a short prayer service, which is followed by a memorial service which takes place on the Sunday closest to the fortieth day after the death.

There are many other paths in Christianity as well, and they all have slightly different traditions. Most practicing Christians mourn during a funeral surface in which family and friends say prayers.

In Hinduism, death is not mourned as much since it is not viewed as the end of life. Hindus believe that the soul, or atman, continually cycles through different bodies. So, death is thought of as a change in the journey of your atman, but not an end to life. In Hinduism the mourning period is limited to a 13-day period. It is thought that if someone laments too much, then it will be harmful to the soul of the deceased. Immediately after the person dies an oil lamp is placed near the body. This lamp stays burning for the next three days. The body is cremated one day after death, and must be done between sunset and sunrise. From when the body is cremated to the 13th day, the deceased person's immediate family is considered to be ritually impure. Because of this, they are not allowed to perform religious ceremonies, visit sacred sites, give alms or attend festivities. 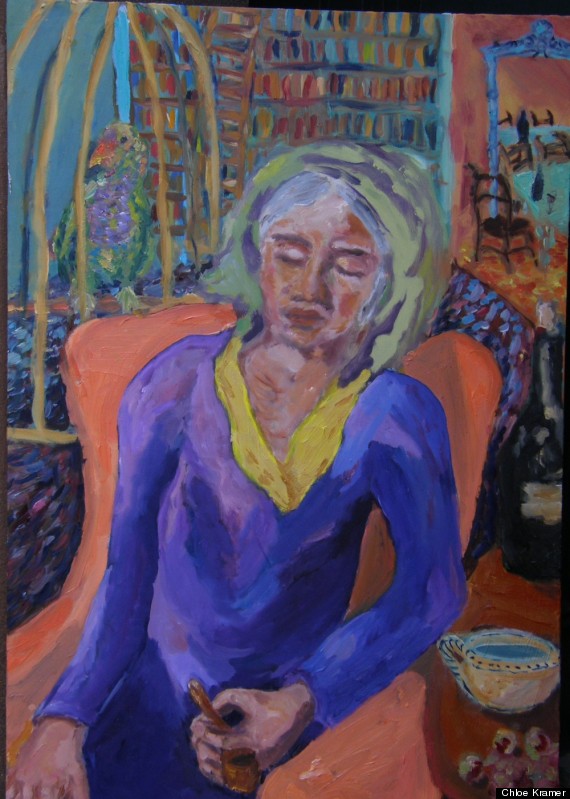 Hindu mourning rites can be complex. Aside from mourning, they often bathe twice daily, wear white, and eat only one vegetarian meal each day. When they reach the 13th day of mourning, a shaddra ceremony is performed. This ceremony involves a fire sacrifice, and offerings are given to both the gods and the deceased's ancestors, to ensure a peaceful afterlife. Afterwards, the family washes the family shrine and leaves more offerings for the gods. Once this day ends, the mourning period is completed and everyone must resume his or her ordinary, day-to-day life.

Islam also requires a specific period of mourning. Family and friends of the deceased mourn for three days. However, widows must mourn for exactly four lunar months and 10 days. During the time in which the family mourns, they must avoid wearing decorative jewelry or clothing. Widows follow this same rule for their four-month period, and they are not allowed to remarry or move during that time. When people are mourning, it is acceptable and expected to show your grief by crying. However, wailing, shrieking or tearing at hair and clothes is not permitted.

Buddhists, like Hindus, believe in reincarnation. They believe that someone enters a new incarnation immediately after death, and they are born again nine months later. Buddhist traditions involve a funeral with three components: sharing, conducting yourself well, and meditating. Similar to Christian funerals, the ceremony takes place at a funeral home and includes a eulogy and prayers. Throughout Buddhist countries, the funerals differ slightly, but they usually include an open casket. This is because when someone looks at the body, it serves as a reminder of the impermanence of life.

Jewish funerals are short services that involve intense mourning, rather than being a part of a larger service. The main mourning period, called shiva, occurs in the seven days following the funeral. This is when the family mourns at home and friends stop by to offer condolences. During this time, the family focuses just on mourning, and nothing else. To symbolize this, all of the mirrors in the house are covered up, and the family must sit on small uncomfortable chairs and wear a mangled black ribbon and slippers, and men are not allowed to shave. These practices are all meant to make people concentrate on the deceased, and forget about comfort or appearance. A memorial candle is kept lit in the family's home for the entire shiva period. Every year on the anniversary of the death, which is called the yartzheit, the family lights another memorial candle for 24 hours.

There are other religions that I have not mentioned that have distinct mourning practices as well. Mourning rituals vary even inside the religions mentioned, and many families may have individual traditions. However, there are usually common characteristics to all of these traditions. Ritual foods, clothing and behavioral rules are key parts to mourning in almost every tradition. In many cases the family of the deceased is thought of as ritually impure, and candles are used as a way to commemorate the dead. The funeral is usually a service presided over by a religious leader. However, even if someone mourns in a way that is completely different, it still has the same purpose: to come to terms with death and honor a life.

When she wrote this Elizabeth was 14 years old. She enjoys reading and playing softball and soccer, and is really interested in science, particularly genetics. Her article is reprinted with the permission of KidSpirit Magazine.