Six years ago, Fraser was an ordinary British teenager and had a pretty perfect life, according to his website. He was an athlete and a school prefect.

That all changed one day while he was enjoying a vacation with friends in Portugal, when he dived into shallow surf and dislocated his neck. Now Henry is paralyzed from the shoulders down and gets around in a wheelchair.

The 23-year-old Fraser told The Huffington Post he lives at home with his parents and spends his time working as a motivational speaker and attending physiotherapy appointments.

He'd studied art in school, but didn't come back to drawing until this year. In January, Fraser was sick in bed, and bored of lying around. He began idly sketching with the @draw app on his iPad, using his stylus.

His very first iPad drawing was of British rugby legend Johnny Wilkinson. He tweeted a photo of the drawing, and Wilkinson tweeted back, "That is phenomenal, Henry. I love it."

I can only use my mouth to draw...but I decided to draw @EnglandRugby greatest moment...that drop goal. pic.twitter.com/cqJB5vwcz1

Next, Fraser started painting and drawing with watercolors and pencil. He uses a mouth-held stick, as seen below.

“Sport has been a huge part of my life for really, my whole life," he says. That's what motivates him to draw so many athletes, including David Beckham, Usain Bolt and Manny Pacquiao.

Many of the people he sketches reach out to him once the picture is posted.

“I’ve got responses actually off all the people I’ve drawn," Fraser says. “These are people with millions of followers, and for them to take the time to do it is pretty awesome.”

Case in point: Usain Bolt tweeted Fraser just to let him know this drawing was "Brilliant."

My 2nd attempt at mouth painting (unable to move my arms and legs).

I've no arm function so only able to draw using my mouth.

My drawing of @rogerfederer amazing through the legs shot. pic.twitter.com/2AjGtHY5Qm

Fraser's also struck up a correspondence with J.K. Rowling over Twitter. She retweeted this drawing of Harry Potter with "Wow!"

My latest mouth painting. (Only able to paint using my mouth).

Rowling also leapt to his defense when Fraser posted an email from an unknown girl called Laura that said, "I can't believe how stupid you are -- you deserve to not be able to use your arms and legs." "

@henryfraser0 Fate shoved you through an unexpected door and you lit the way for others. I wonder how Laura would fare on the other side?

Now art is a regular part of Fraser's day-to-day life. He says he tries to do two paintings a week, and that each takes four to five hours. Drawings take longer.

Fraser says he's putting together a collection for an October exhibition at Dulwich College. Original paintings, drawings and a limited number of prints will be sold to raise money for his trust.

"Very weirdly, if I didn’t have my illness at the beginning of the year I wouldn’t be doing any of this right now," Fraser told The Huffington Post. "It’s been a bit of a godsend.”

Be inspired by his drawings of Gordon Ramsay, David Beckham and Floyd Mayweather below. 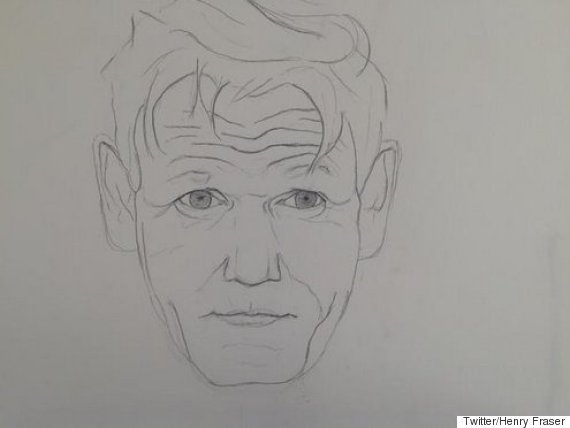 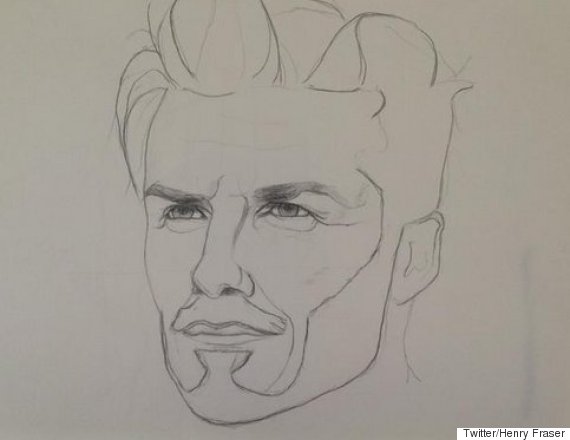 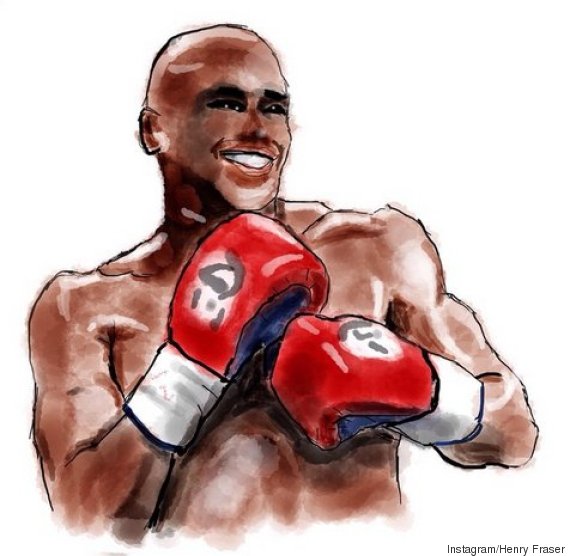