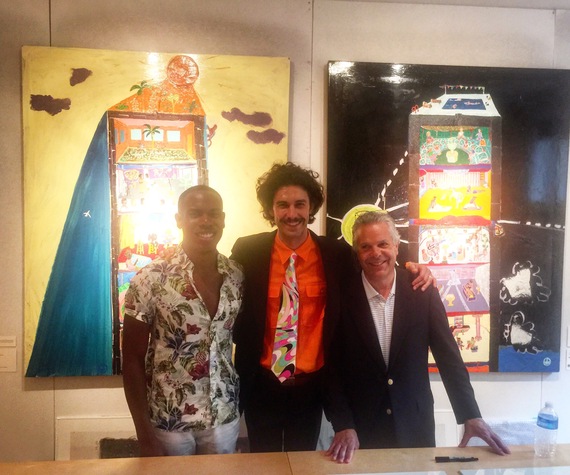 When presented with three irresistible options, I tend to take --what I like to call-- the "Goldilocks" approach to determine which one is the best. This weekend, I used this modus operandi when I had all three Franco brothers together at the same time in one tiny art gallery.

What were my conclusions? James Franco is too talented. Dave Franco is too cool. But Tom Franco, whom some like to consider the "third Franco" is "just right!"

This past weekend, The Verne Collection welcomed over 5,000 people to their family-run art gallery located in the Little Italy community of Cleveland, Ohio. On Saturday, James, Dave, and Tom Franco were the talk of the town. That evening James and Tom Franco both introduced new art to the world-- a majority of these pieces being from James' astonishing collection titled "A California Childhood."

When each Franco walked into the gallery, they welcomed different vibes into the mystical space. When James' entered the quaint art gallery, his supreme verve immediately sucked all of the life out of the room. All of the thirteen year old screaming girls physically shoved and pushed the patrons out of the gallery. Davey, as some family call the youngest brother, arrived with one of the calmest most cool presences I have ever felt, a presence that he immediately took to the back room of his uncle's gallery to escape the madness created by his eldest brother.

And then there was Tom, a man whose personality was almost as vibrant as his salmon colored shirt paired with a light pink tie. When Tom entered the room, there was an immediate feeling that someone truly special had just arrived.

"Everyone knows about James but Tom just may be the most talented and most magical of the Franco Brothers," said Tom Franco's uncle and the Verne Collection Owner Michael Verne.

I couldn't agree more with his uncle's high praises, especially after getting to know Tom Franco and talking with him about everything from his Firehouse Collective project to meditation techniques.

Tom's voice, which can range from a high squeaky falsetto to a low baritone vibrato in a split second, grabbed everyone's attention during his Sunday speech titled, "Unicorns and Rainbows." The dexterous artist who considered himself to be a "visual artist first and foremost," talked for a little over 10 minutes about where he acquires his inspiration and how he harnesses it.

The crux of his speech, similar to the nucleus of the entire exhibit, was about family. He first began his talk speaking about his older brother James Franco and the countless pieces of art James' contributed to their collection. 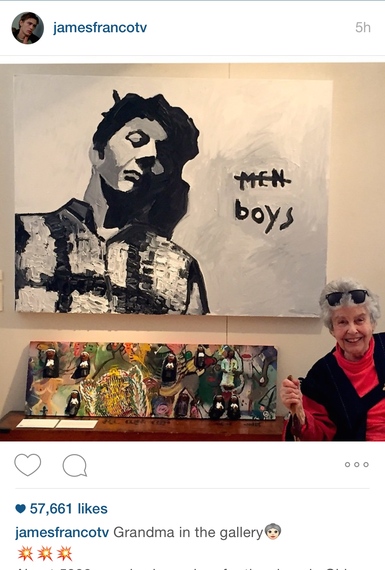 "He pushes [the idea of] fearless," Tom Franco said regarding his older brother. "He's always learning something new. He's defining our culture on such a massive scale. He's the guy who we all look too on different topics. Specifically creativity."

The pieces that James offered to the collection carried a youthful innocence of childhood and brotherhood. For example, one piece represented family cats that "had ran away from home," creating the ability to draw on youthful heartstrings for all who lost a family member or pet.

"There is no one who has done it quite like he [James] has done it," Tom continued about his older brother's diverse portfolio of work. "Being James' [younger] brother and growing up and watching his evolution and growth, I have learned to focus on the aftermath, the ripples that circle out from his awesomeness."

The aftermath and ripples of Big Bro Franco's awesomeness must have really taken a liking to Tom because his artwork was breathtaking. Tom presented to the patrons with a variety of paintings and sculptures--the latter seemed to scream human expression brought out of inanimate objects molded together--objects that spoke to him. One of these objects was a toy rocket that he found too difficult to function, something that he eventually paired with two Indonesian hands and a lid for a child's toy.

Tom's paintings grasped at the futuristic utopia that brings together more value of other beings like having plants as main characters or unearthly beings happily living with humans.

"I create images of things that I love to experience or want to experience. I use people in my life to inspire me."

The established colorful artist also talked about the non-profit project that he currently directs called the "Firehouse Art Collective." Tom characterized his mission as creating a place where people can "live together, work together, play together and collaborate together on art." He wanted to make sure he gave people "the joy of the communal experience," similar to the experience he received from his family.

"Family is important because either you fight them or you join them."

If there is one thing that I learned from Tom Franco, it's to be true to yourself. No matter how stuck you may feel creatively, be confident in who you are, and you will eventually find what you are looking for.

As Tom said, "We are all just searching for that magic moment of unicorn and rainbows. They are always a vision away. They are apparent in the minds, yet so hard to grasp." 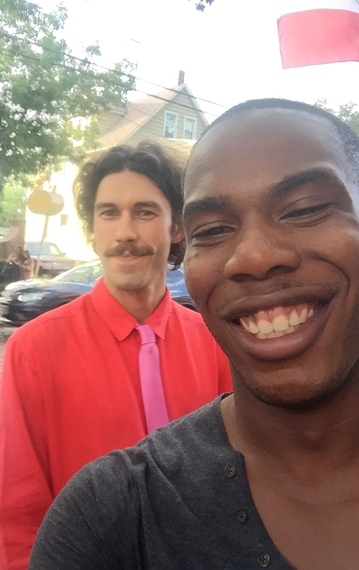 Follow the link below to check out a video of Tom Franco breaking out into song and dance after his speech!