Last Saturday, 44 students ages six to 16 and their parents gathered at the Center for Social Innovation in New York City for Kid Entrepreneur Day.

The event was sponsored by the NYC chapter of Entrepreneurs' Organization, a global business network of 8,000+ business owners with 122 chapters in 35 countries.

Founded in 1987 by a group of young entrepreneurs, EO hosts events and forums that encourage small and large business owners to learn from each other. I was invited to speak at Kid Entrepreneur Day by EO member Scott Mesh -- a charismatic young leader whose company, Los Niños Services, provides home care and education for special needs children. Los Niños Services was named one of the Best Companies to Work for in New York by Crain's New York Business in 2010.

I made sure to arrive at Kid Entrepreneur Day early, so I could catch all the other speakers. They were great! My favorite speaker was eight-year-old Kylee Majkowski, who has created Little Ladies Inventing Fun Through Entrepreneurship, or lLIFTE -- an entrepreneurship club for kids six to 10 centered around lemonade stands. Her "Tomorrow's Lemonade Stand" is a prototype that other kids can use to become entrepreneurs, while they go through a fun program of games and lessons on the ILIFTE website that teaches them how to run their businesses.

Kylee stole all our hearts and has clearly become a role model for so many young children. Her charm and enthusiasm brought me back to 1988, which I spent getting my Network for Teaching Entrepreneurship (NFTE) off the ground. My very first contract was with the Boys & Girls Club of Newark. I taught entrepreneurship 10 hours a week to children ages five to eight. It was one of the most meaningful teaching years of my life.

My heart was beating fast as I realized I was up next after this wonderful little speaker. She was going to be a tough act to follow! I gave a short speech exploring the values and visions that drove Bill Gates and Steve Jobs, as well as newer entrepreneurs like Tumblr founder David Karp.

I encouraged my young listeners to search for niche markets with little or no competition and follow their passions in order to create joy in the world and make money. I told them how I was inspired by kids like them to found NFTE, which is the world's largest youth entrepreneurship education founding. We've got over half a million graduates -- and counting! I also encouraged parents to reconcile their checkbooks with their kids, and teach them how to keep good financial records from an early age.

I brought Muhand Jumah, one of NFTE's top high school students, and Paul Wisenthal, the nation's leading journalist on at-risk youth, to speak at Kid Entrepreneur Day, too. Just a few days earlier, Muhand had pitched his software company, Teaching Time, to a group of top CEOs at our annual NFTE Biz Plan Competition. Muhand has written an innovative facial-recognition program that enables teachers to get right down to teaching as soon as the class period begins.

Muhand grew up in war-torn Baghdad. When his family's house was bombed, he and his family came to the United States as refugees. Today, at 17, he is pursuing the American Dream through entrepreneurship.

I spoke to a room packed with kids and parents and I have never such enthusiasm as I did when the kids broke into small work groups to brainstorm business ideas. I felt great when Kylee Majkowski told me, "You were super!"

It was thrilling to witness such young children discovering to entrepreneurship -- they are naturals! As I wandered about the room listening to them come up with incredibly interesting business concepts, I felt certain that entrepreneurship forums like this will foster our next generation of entrepreneurs. They will take the American Dream and our economy to new heights.

I had dreamed about moments like this over 30 years ago when I first began teaching entrepreneurship education to my frustrated, disaffected students at Jane Adams High School, which was at the time one of the city's most troubled schools. As I saw my students light up and become engaged and enthusiastic when they discovered entrepreneurship, I became committed to making sure every child had a chance to learn about business. To see this same magic happen among the young children at Kid Entrepreneur Day touched my heart and strengthened my resolve to work even harder to make sure every child, globally, gets a chance to experience the power of entrepreneurship education. 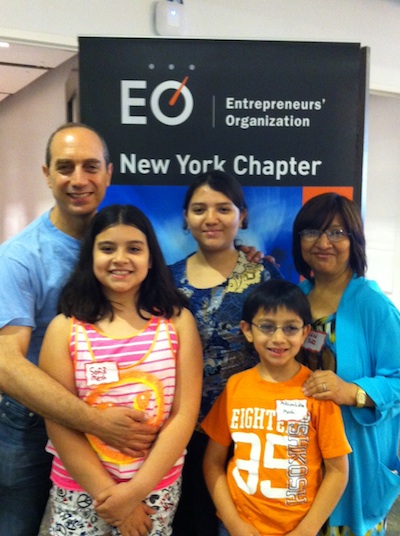 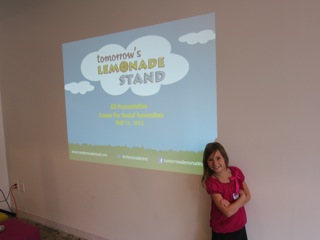