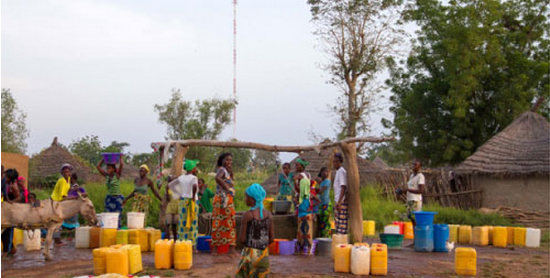 While investments are continuing to flow into beyond the grid clean energy markets, most public institutions are missing in action.

The Sierra Club and Oil Change International recently released an assessment of multilateral development banks' (MDBs) investment beyond the grid, and the findings aren't good. MDBs -- including the World Bank, Asian Development Bank, and African Development Bank -- haven't been ponying up as much financing as they should for the sector. Instead, their investment is heavily skewed toward grid extension and polluting power plants. That's a big problem because the slow process of extending the grid will leave many people without power for years or even decades to come.

As disappointing as lack of beyond the grid support from MDBs is, a different set of public actors are stepping up in their absence: bilateral institutions. Programs such as USAID's Development Innovation Ventures (DIV) and the Overseas Private Investment Corporation's (OPIC) U.S.-Africa Clean Energy Finance Initiative (ACEF) are building impressive pipelines of companies serving populations beyond the grid. With millions of dollars in grants to catalyze early stage clean energy companies, these bilateral institutions are already having a big effect.

And U.S. agencies aren't the only ones stepping up.

The exciting thing about GSMA's approach is that it seeks to piggyback on the most successful leapfrog technology to date: the mobile phone. Instead of extending telephone landlines, the developing world has turned to mobile phones to meet their demands.

In turn, this technology is already unlocking distributed solar with mobile-enabled money transfer platforms through machine-to-machine (M2M) devices and helping to change how utilities and basic services are delivered in developing countries. It is this combination of mobile phones, mobile money, and distributed solar that is unlocking rapid pay-as-you-go (PAYG) growth. This is especially true of countries in East Africa, but is now steadily expanding to new markets (for a case in point, see the dramatic growth of bKash in Bangladesh).

To understand why we are so enthusiastic about this new round of support from GSMA, look no further than the first and second round of innovation fund grant awardees. They included industry leaders M-KOPA in Kenya, which was able to offer a new pay-as-you-go solar product, Mobisol, which was able to pilot prepaid solar home systems in Rwanda, and Kamworks, which is testing rental services for solar home services in Cambodia. With its latest round of funding from DFID, GSMA may just build a pipeline of companies to rival both USAID's DIV and OPIC's ACEF program.

All of this is incredibly exciting for those who have been working to unlock financing for these markets and ultimately unlock energy access for hundreds of millions of people around the world. Innovative programs like those being run by GSMA prove that public institutions can indeed step up to the plate and end this problem in our lifetimes.

But it also begs the question: With bilateral institutions able to support cutting-edge approaches to how basic energy services are delivered, shouldn't MDBs, like the World Bank, be able to do the same? The only good news is that no one seems willing to wait around for the answer.