Ever since Zack Brown raised over $50K for his potato salad recipe on Kickstarter, the world has tried to make heads or tails over what the winning formula for a successful crowd sourcing campaign should entail. Enter Dekker Dreyer. Dreyer is an artist and producer with over 15 years in marketing and television experience. Dekker has worked with Miramax, History Channel, Rogue, Participant Media, and AMC among others. I asked his expert opinion on this and other things that make pop culture, well, pop!

How can brands and individuals use tools like strategic crowdfunding to conduct market research?

Crowdfunding can be like the chicken and the egg. You want to use the platform as a way to help grow awareness for your project but unless there's already some existing demand you're not going to be able to have a successful launch to your campaign. I think that brands and individuals can fall flat if they don't understand that a failed campaign is a blessing in disguise. Crowdfunding an online pilot, short, or anything else is a parallel to the traditional development process. You have to take stock of the talent involved, the ability of the production company to deliver on budget, the viability of your concept, and show some kind of teaser that blows people away. Look at Reading Rainbow's astonishing five million dollar kickstarter. You have a show that people love from a creative team that they trust. Everything about it was a slamdunk. When you don't have the right mix you're going to get a minimal response and that's not necessarily a bad thing. Take it as a lesson and really sort through the data. See who mentioned the project online and understand why they shared it. Really read any feedback you can find. Take that information and make adjustments to your pitch.

The flipside is that maybe you have a good idea, but the market can't support your budget. Think of creative ways to do more with less. That doesn't mean cutting corners, it just means being strategic about where you're putting your money. If it's a filmed project ask yourself if you really need that many sets or VFX shots. Sometimes less is more.

What lessons have you learned from crowdfunding?

Back in 2010 I tried crowdfunding for the first time and it was a disaster. Some partners and I were doing a documentary project about censorship and we were seeking ten thousand dollars for the production. We only raised a little over three hundred. It was a really tough blow to my self-esteem. I still pushed ahead and filmed interviews, travelled across the country, and in the end it was a good experience, but I didn't do the one thing I should've done... regroup and try again. In retrospect we had recognizable talent in the film and I should've asked for support from them in rallying their fans. We had a good cause behind it but I didn't go the extra mile and get involved with grassroots organizations or news sites. With four years of distance between myself and the campaign I understand now that crowdfunding isn't much different than traditional fundraising. You need to be your project's biggest advocate. Passion is contagious.

What is the most innovative way you've seen crowdfunding executed?

Crowdfunding, to me, is the same as activating a passionate community around a goal. You're starting to see crowdfunding sites that center on causes, like startsomegood.com. I've helped fund projects that I care passionately about, but I would never have been able to even find them without these sites. That's the future of crowdfunding to me -- connecting people to make great things happen.

What is movie cult?

Throughout my career I've tried to connect people through content. Movie Cult is an extension of that. It's a project I started with my wife Julia just over a month ago to share our love of cult movies and it's really exploded. The basic premise was a community to share memes and clips about the things we personally like, kind of like a super-charged pinterest account. What it's turned into is a collective of shows that share a common theme. We just did our first "Movie Cult Live" show in Los Angeles on July 22nd and we had a huge response. We even had a promotional tie-in with Captain America The Winter Soldier's DVD / Blu-Ray release. Other great content makers who have really good shows have teamed up with us to work under the Movie Cult promotional umbrella, like the podcast "That One Movie Podcast" and a movie music remix series with DJ Headshot. We also plan to move into the micro-distribution business for features seeking strategic release partnerships. We'll definitely be using crowdfunding to pilot original content in the future and we'll be paying close attention to what those campaigns are really telling us. 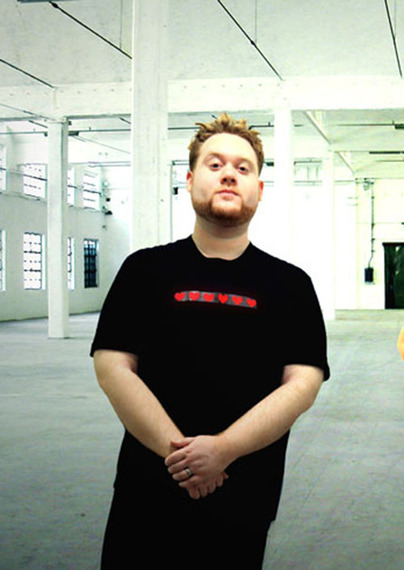