Earlier this week I was told that movement leader and serial entrepreneur Louis Pagan had died. When I first heard the news earlier this week, I could not believe it. It seemed impossible that my vibrant friend Louis, 41, loving husband and father of two young children had passed away. So surreal did it seem that I like others in the community humored the idea that it was a cruel hoax. Unfortunately, it was not.

I first met Louis about a decade ago, when the Latino blogosphere was still young and there were only a handful of us Latino bloggers. I had gotten my start as a blogger during the 2003 presidential campaign and Liza Sabater brought a handful of us together to organize on behalf of issues affecting the community. Louis was blogging as "Latino Pundit" at the time and as such was an important voice in this space.

The next iteration of our partnership happened when he and a handful of others including: Lance Rios, Joselin Mane, George Torres, Ana Roca-Castro and he were discussing the idea of LATISM. At the time, I was working as the first New Media Manager of National Council of La Raza (NCLR) and he invited me to speak at the first LATISM conference in New York. I was so enrolled in his vision that a handful of months after that conference and after leading another LATISM conference in DC I left my job with NCLR to serve as the first Executive Director for LATISM and help Ana and him create the bylaws, board and chapters of the organization. 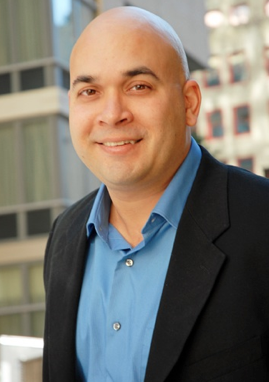 When I left LATISM for my job as Vice President at Ogilvy, Louis and I kept in touch. That next year we hung out at SXSW and he introduced me to his most recent start up idea and partnership, Hispanicize. He also introduced me to his cofounder and partner Manny Ruiz. He spoke of the "crabs in the bucket" and how we had to help each other instead of pulling each other back down.

As I have been dealing with my own grief in loosing my friend and partner in the movement of Latino empowerment through the digital era, I've been deeply moved by the outpouring of messages from the community that show his success at lifting us up. ClickZ, NBC Latino, VOXII, Hispanicize, LATISM, and Julito from Latino Rebels wrote about his death earlier this week and Latino Fox News covered his death today.

Next month, I will be moderating the Latinos y mobile panel at SXSW with Brent Wilkes, the Nationial Executive Director of the League of United Latin American Citizens (LULAC), Estuardo Rodriguez, Principal, The Raben Group and Lou Aronson, CEO & Founder of Discourse Analytics Inc. and I will dedicate my role on the panel to Louis.

Louis, you will be missed. We will push forward together, grateful for the time we had with you, the opportunities we had to collaborate with you and your sage advice that we move forward together. Thank you for everything you helped bring into this world.