When a movie's publicity campaign takes hold of the nation it can mean a steady barrage of trailers, teasers, posters and banner ads assaulting our collective senses daily. So you'd think the creators of these publicity materials could, at the very least, hire a copy-editor to proofread those highly distributed movie posters ahead of time. Here are 18 movie posters featuring grammar and punctuation errors so egregious they would drive any language buff nuts. 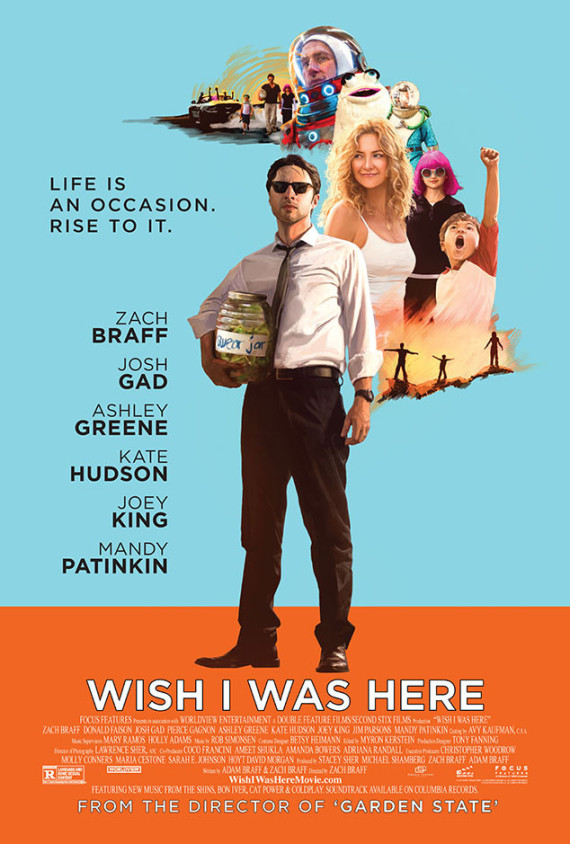 First of all, you can't wish to be in the same place you already are -- but that's a mere quibble. Secondly, and most damningly, the past tense "Was" should be the present conditional "Were" here, since it's indicating a desire for something to be. 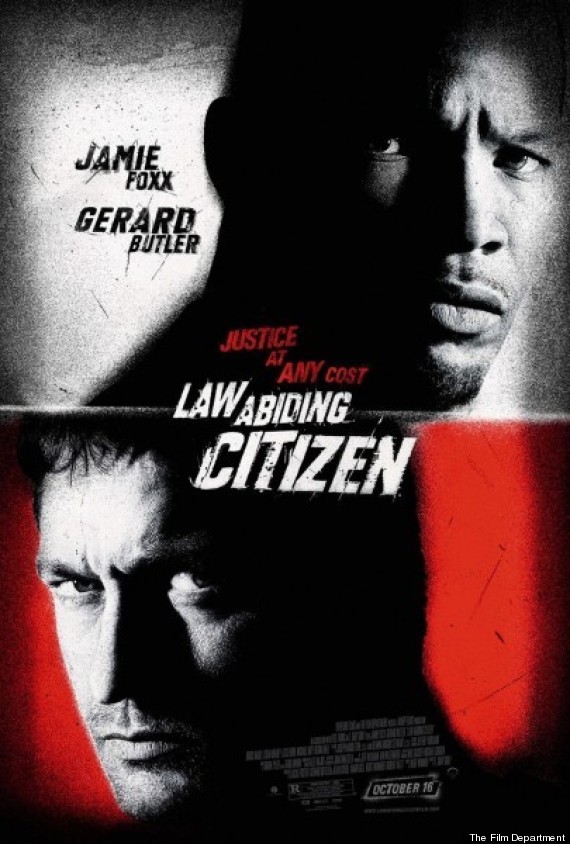 Movie posters, as we'll find through the course of this article, are no place for hyphens, even hyphens that are required by the laws of proper punctuation. Without a hyphen in "law-abiding," he's just an "abiding citizen" (what does that even mean?). 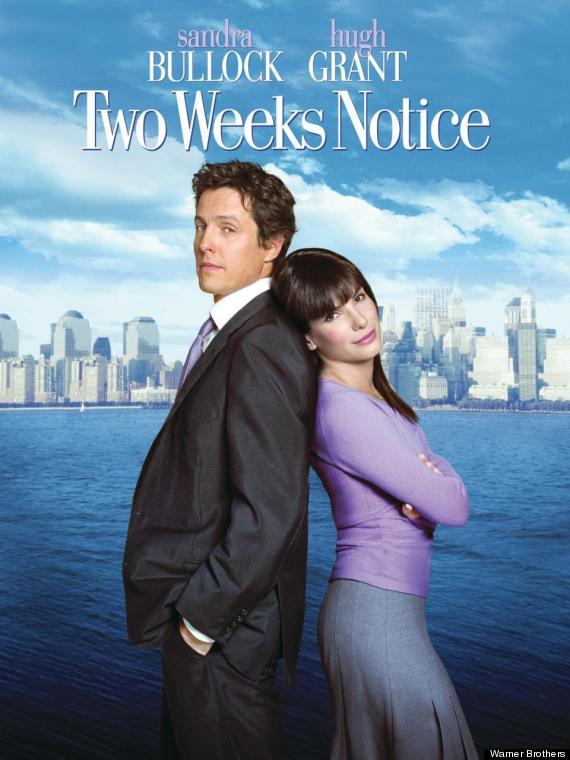 Apostrophes are also criminally underused in the realm of movie posters. Without the apostrophe, what does this movie title even mean? It certainly doesn't mean "a notice of two weeks," which is what "two weeks' notice" would mean. 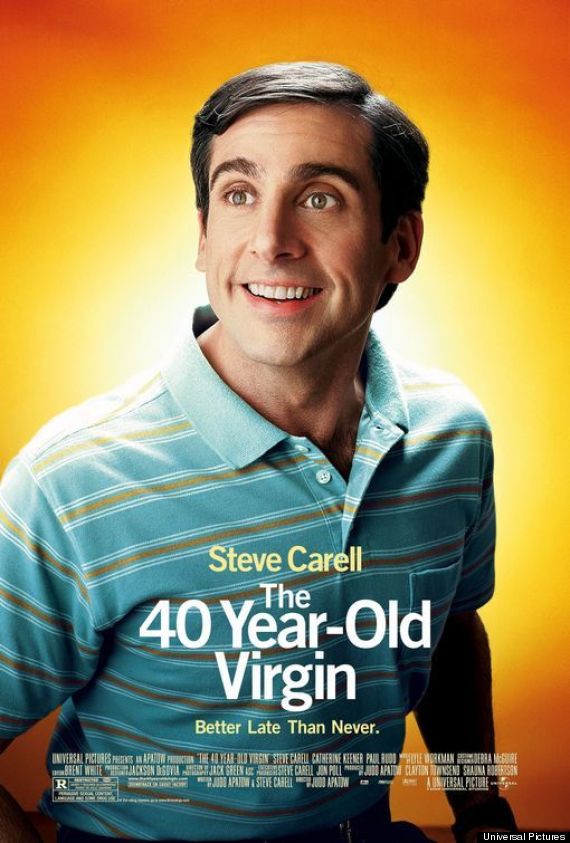 Why bother sticking a hyphen between "year" and "old" when you've already dropped the essential hyphen after "40"? "40-year-old" would be an adjective phase modifying "virgin"; without that first hyphen, we have a "year-old virgin" instead. 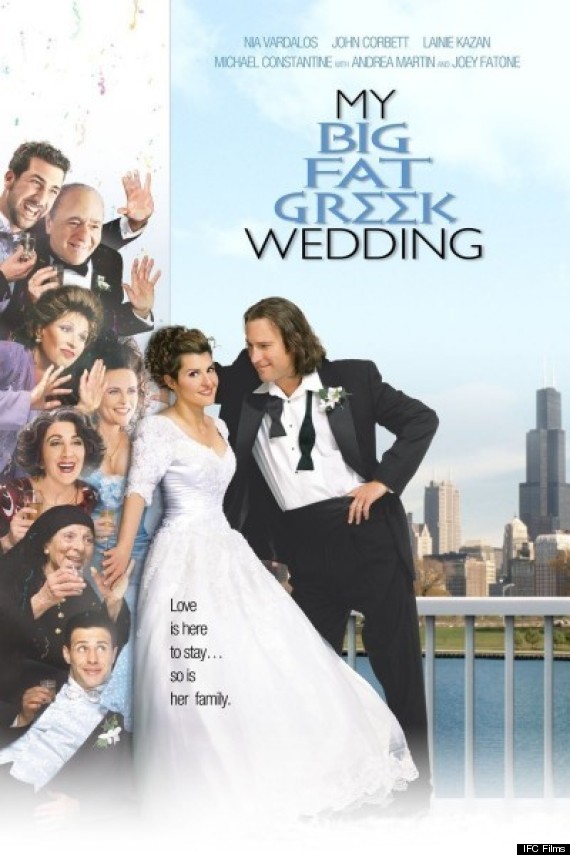 Where are the commas?? You can't just stack up adjectives like that without commas, not on our watch. "Big" and "Fat" might both be modifying the phrase "Greek Wedding" -- that would make them cumulative adjectives -- so we'll give a partial pass, but there should still be at least one comma in there. 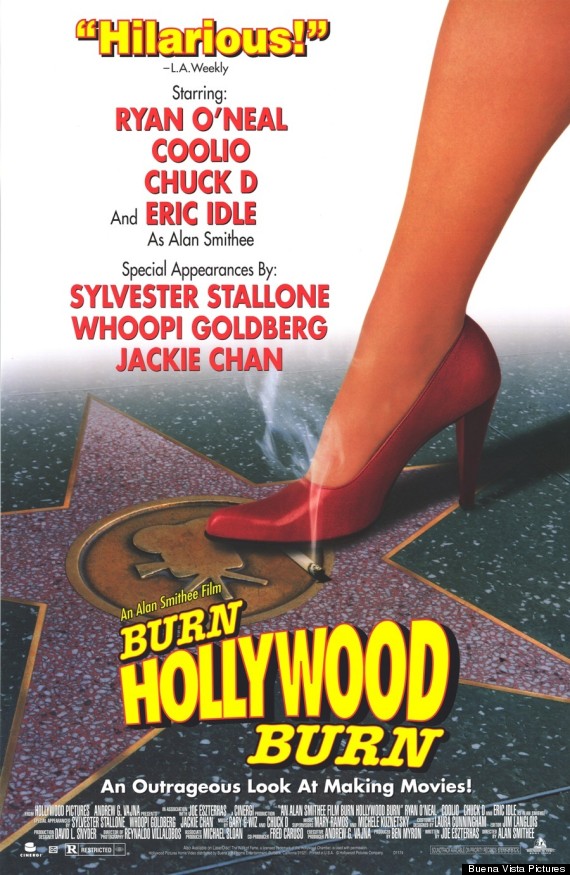 Oof, this is hard to look at. At least stick a colon after "film," for goodness' sake. Commas between "Burn, Hollywood, Burn" wouldn't go amiss either. While people typically just add a colon to the title now, Movie Cultists pointed out that, in press materials, the movie was indeed referred to as "An Alan Smithee Film Burn Hollywood Burn," no colon in sight. 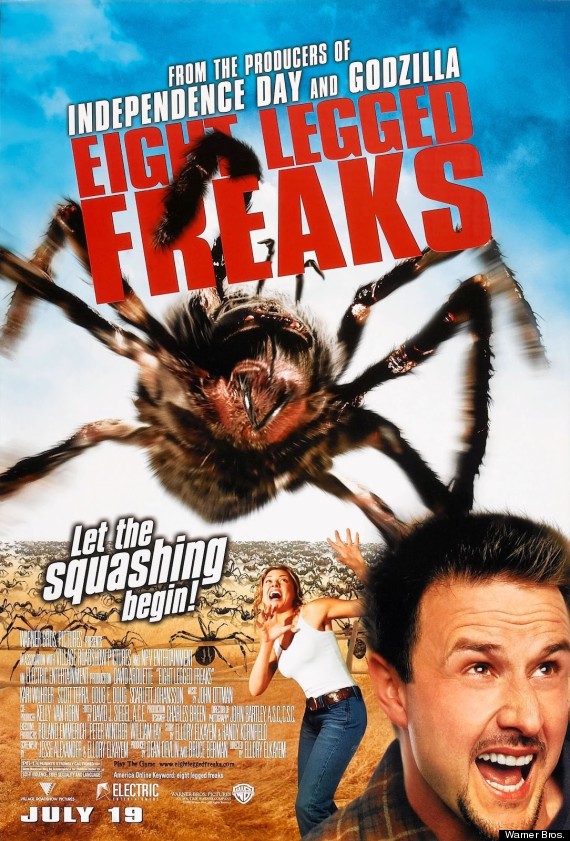 A classic flub: Without the hyphen, they're not so much freaks with eight legs as eight freaks with legs. 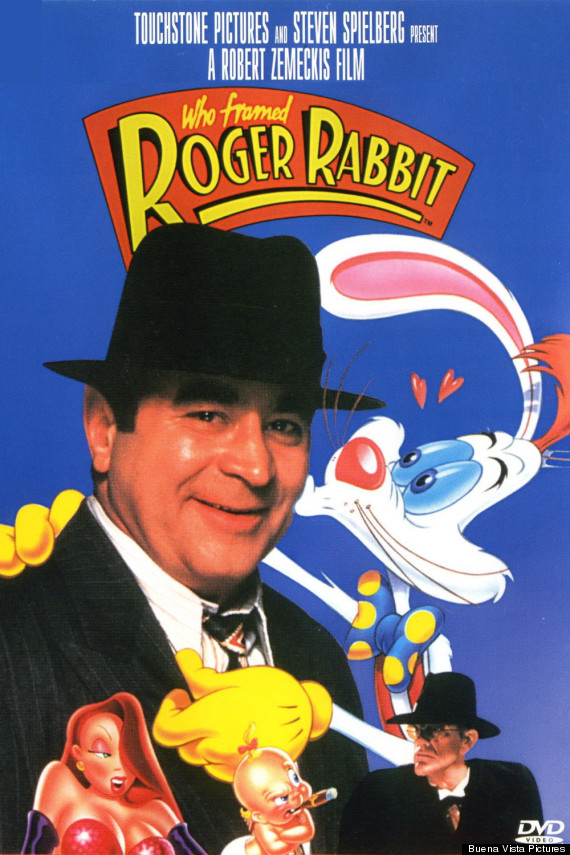 No question mark, though the title is clearly in the form of a questions? Tsk tsk! 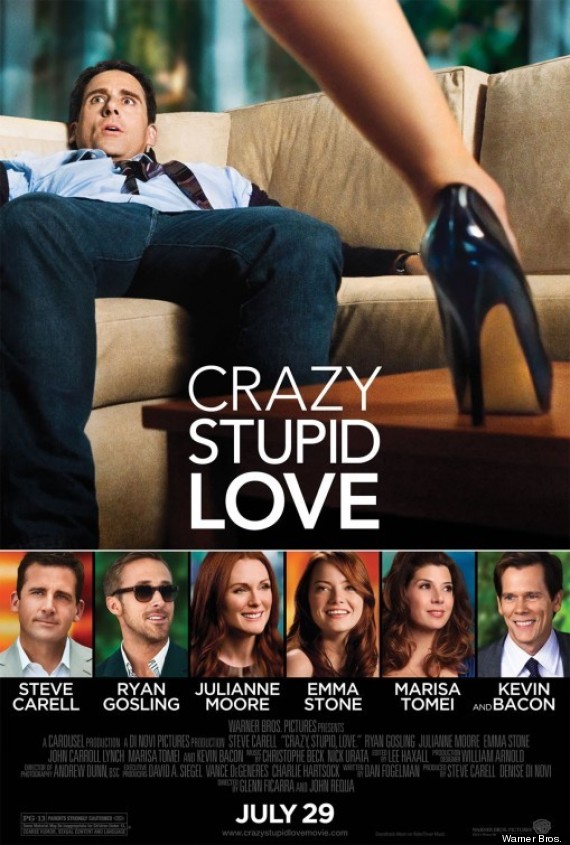 This is a twofer. There's no comma between "Crazy" and "Stupid" on the poster, though the two are clearly coordinating, not cumulative, conjunctions. Yet in the official title of the movie, there are TWO commas -- after "Crazy" and after "Stupid." Normally we support commas in movie titles, but how did that comma after "Stupid" slip in there? If this is actually a list, why are two of the words adjectives while the last one is a noun, breaking the parallel structure of the list completely? If "Crazy, Stupid" describes "Love," why is there a comma between "Stupid" and "Love"?? This movie title is a punctuation disaster no matter which way you slice it. 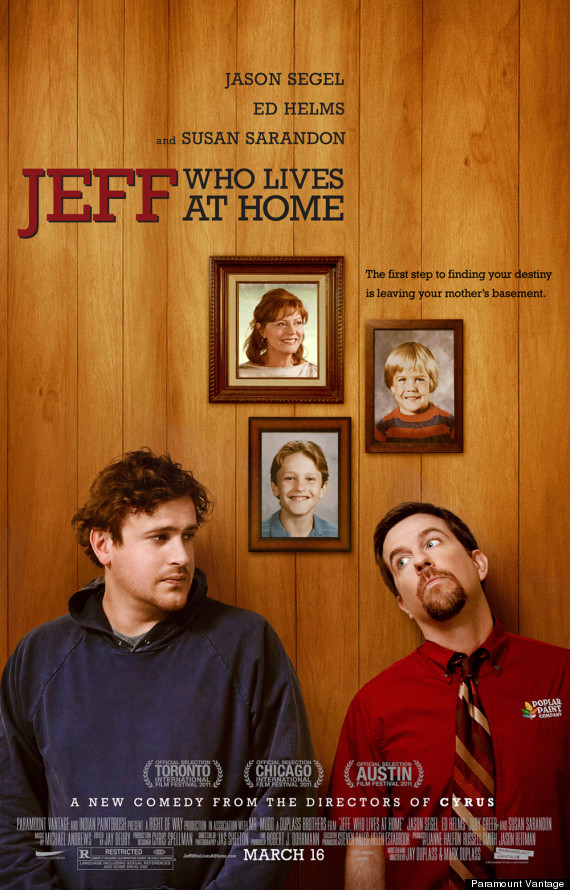 If this film were entitled "The Boy Who Lives At Home," grammar nerds might not be bothered. But since "Jeff" is already identified by his proper name, the clause "Who Lives At Home" doesn't identify him and just provides additional information. Accordingly, this clause should really be set out with commas: "Jeff, Who Lives At Home." That's better. 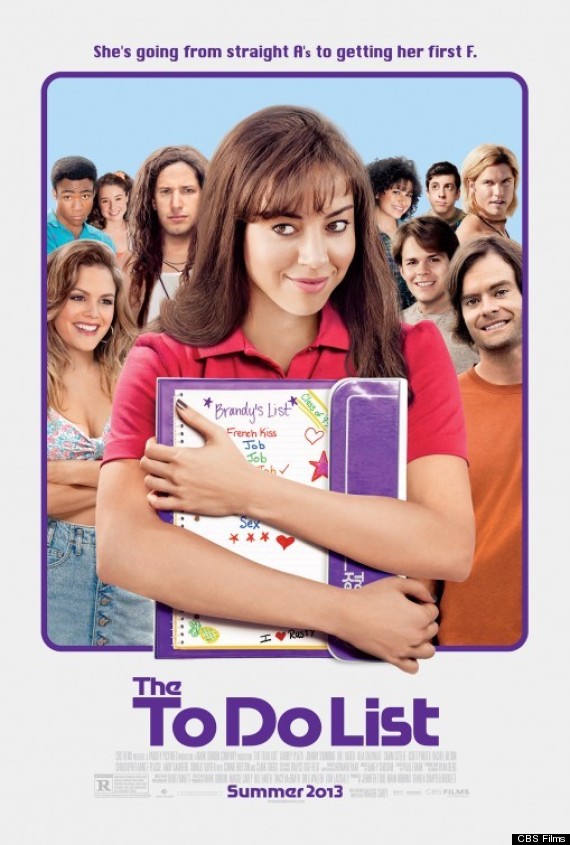 Are the people who design movie posters unaware of the very existence of hyphens? Write it with us, guys: "The To-Do List." 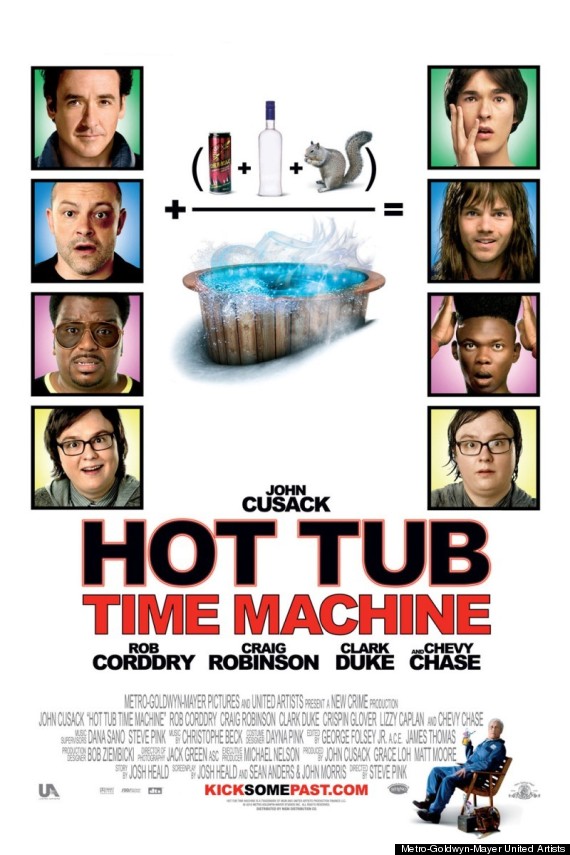 We're starting to conclude that they are. After all, surely they wanted to convey that this was a movie about a "Hot-Tub Time Machine" -- a time machine made out of a hot tub. Instead, the poster is just a jumble of tenuously connected words. 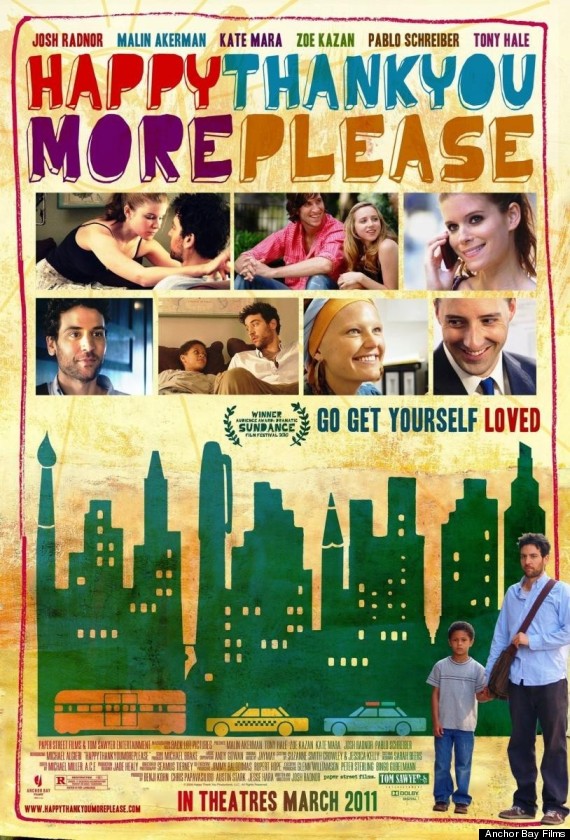 This is a truly aggressive rejection of punctuation. Actually, it's also a rejection of spacing -- the official stylization of the title appears to be "Happythankyoumoreplease." Okay, admittedly this is a purposeful stylistic choice, but it's still grating. 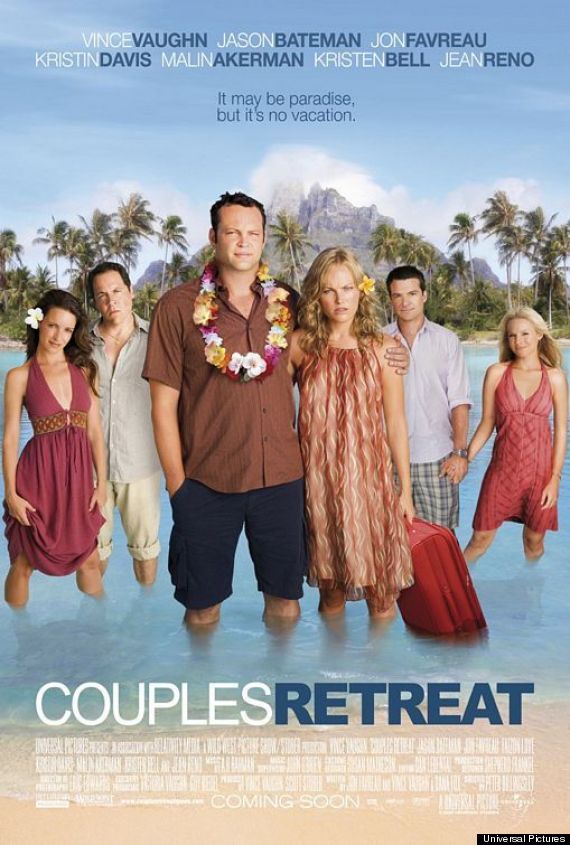 Unless "Retreat" is being used as a verb here (e.g., "After dinner, couples retreat to their rooms for a nap"), there's something amiss. Let's stick an apostrophe on there: "Couples' Retreat," a retreat for couples, which, after all, is the subject of this wacky comedy. 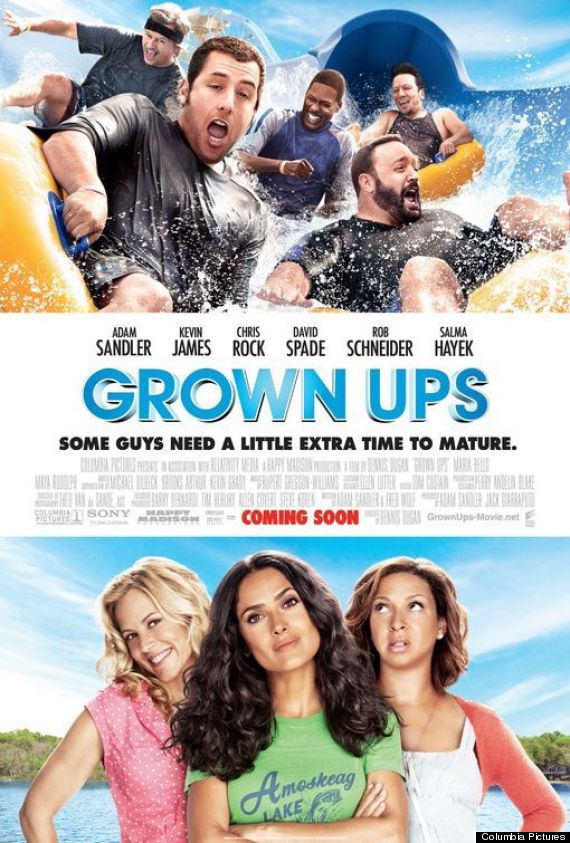 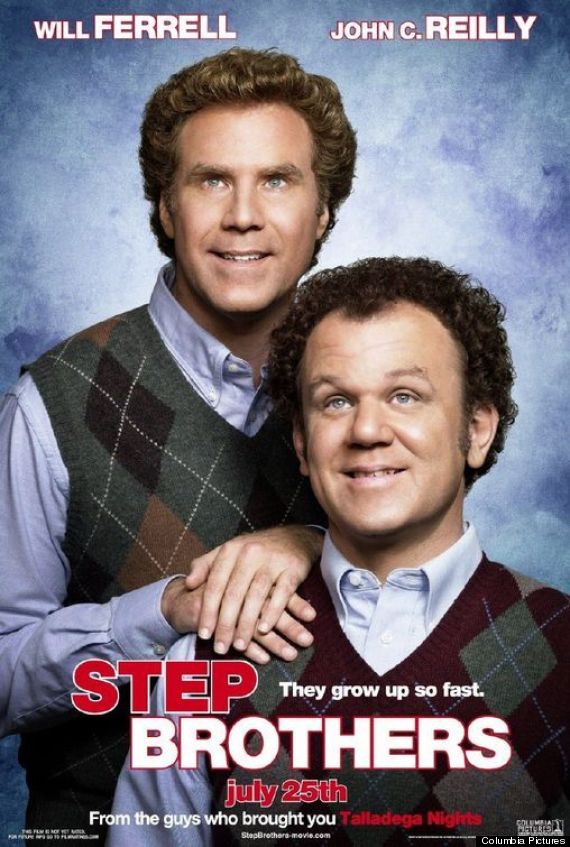 This isn't even another case of a missing hyphen. It's a case of one perfectly good word that has inexplicably been severed into two. It's "stepbrother," not "step brother," okay? 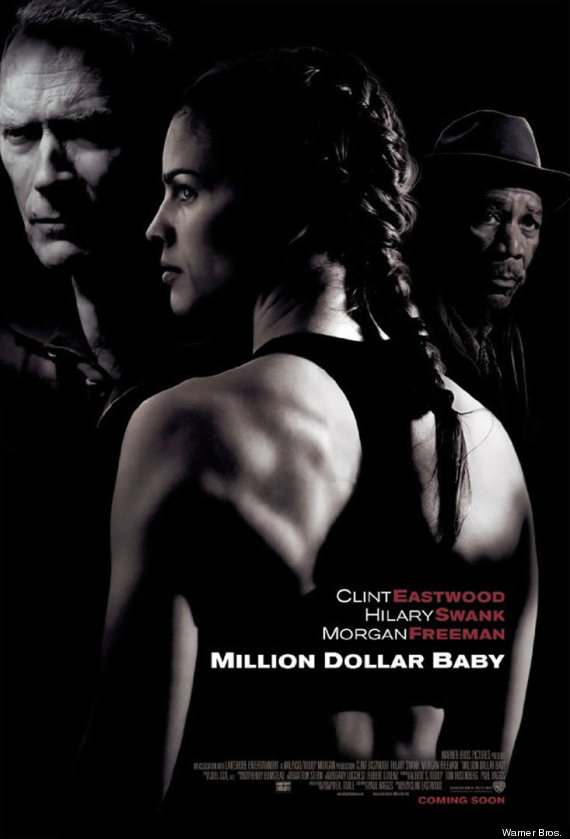 One last time: please use your hyphens. If that "Baby" is worth a million bucks, she's a "Million-Dollar Baby." 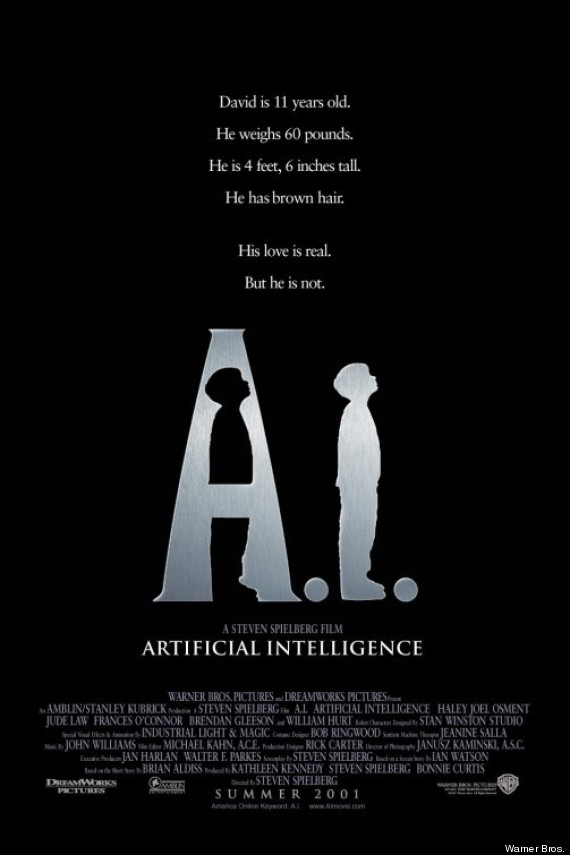