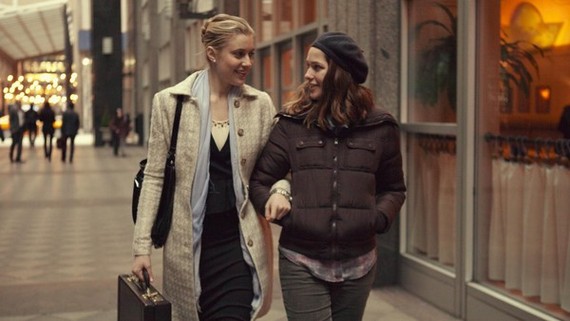 I tend to blow hot and cold on the films of Noah Baumbach though, truthfully, more hot than cold.

I like his spikiest, least-audience-friendly films (Margot at the Wedding, Greenberg), as well as more mainstream offerings like his breakthrough The Squid and the Whale or this year's While We're Young.

But I draw the line at his collaborations with Greta Gerwig, who may be the most overrated (or at least most overemployed) actor of her generation. First in the interminably unfocused Frances Ha, and now in Mistress America, Baumbach indulges Gerwig's painfully amateurish performances, as though she were actually an actress, instead of someone whose success either exemplifies the Peter Principle or male willingness to accommodate minimally talented blondes.

(Yes, I know -- Gerwig wasn't awful in Greenberg. But the film wasn't about her character and her screen time was limited.)

In fact, Gerwig cowrote the script for Mistress America with Baumbach, but that doesn't help. Because, ultimately, someone has to read those lines -- and, unfortunately, that someone is Gerwig.

Indeed, the script has a steady stream of clever, offbeat exchanges that would work if uttered by someone with more talent. It is easy to imagine an actress like a young Parker Posey or perhaps Elizabeth Banks giving this dialogue the kind of odd-tempo readings that would make it snap. Gerwig, however, is overmatched.