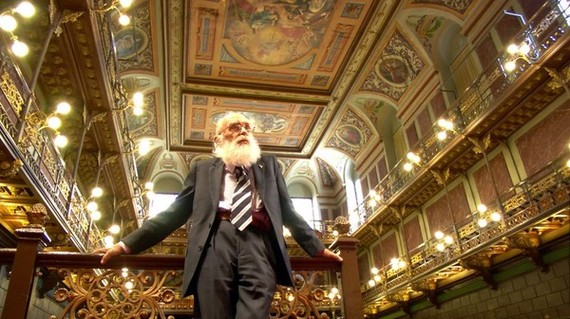 James "The Amazing" Randi is not just a magician -- he's a skeptic, a rather more important calling.

As the subject of the documentary An Honest Liar, by Justin Weinstein and Tyler Measom, Randi comes across as an alternately engaging and crusty old guy. His bushy eyebrows take on a life of their own when he discusses something that gets his dander up -- like the chicanery of psychics and faith-healers who prey on the gullible.

As this entertaining and touching nonfiction film reveals, that has been Randi's most important work over the years: debunking charlatans who profit from their supposed ability to contact the dead or otherwise harness the supernatural.

Though he started as a magician and mentalist, Randi found that he had too much of a conscience to fool people about things that really mattered. So, like his hero, Harry Houdini, Randi made it his mission to expose fakery after he retired from stage performance at 60. He even offered a $1 million reward to anyone who could prove contact with the dead.

So far he hasn't had to pay that off.