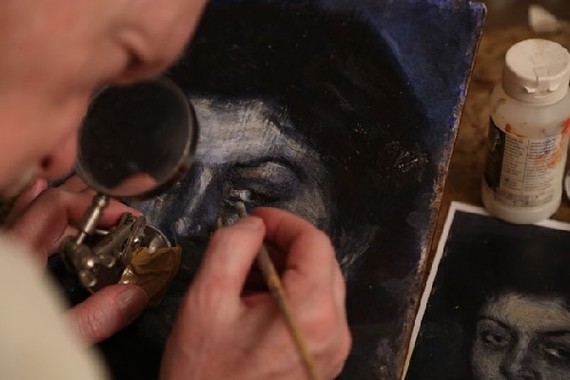 Art and Craft is a potent title that can be taken in several different ways, in this fascinatingly complex and endlessly entertaining documentary from a trio of filmmakers: Sam Cullman, Jennifer Grausman and Mark Becker. It examines the conflicting notions of art and imitation, finding an extremely bizarre middle ground that does nothing to mitigate the ethical issues at stake.

The film focuses on Mark Landis, a small, slump-shouldered man in Laurel, Miss., who, for almost 30 years, painted copies of works by famous artists convincingly enough that he was able to donate them to museums all over the southern United States.

"I decided to become a philanthropist," he explains to the camera in his breathy, high-pitched drawl that sounds like a butch Truman Capote. But, admitting that he had a tendency to "mischief," his philanthropy involved fooling museums in to hanging his paintings on their walls as though they were originals by another artist.

His foil in this is an unlikely art historian and curator named Matt Leininger, who had spotted Landis for a fraud when he attempted to donate paintings to a museum in Oklahoma City where Leininger was registrar. A little due diligence by Leininger uncovered the fact that copies of the same painting Landis was attempting to donate also were hanging in other museums.

Leininger starts tracking Landis and uncovers literally dozens of instances of museums around America that have accepted - and exhibited - Landis' work. Due diligence - well, it's hard to look a gift horse in the mouth, particularly when it seems to be a small, beautifully preserved (if little known) painting from the 17th century.