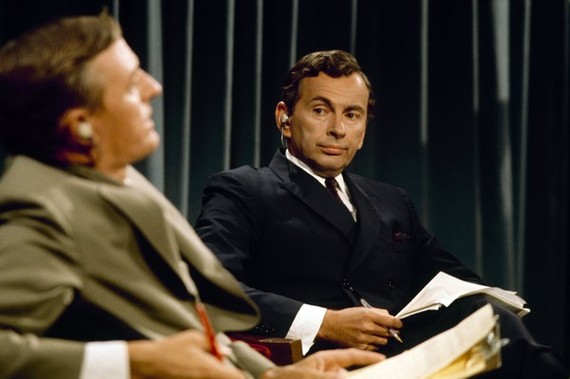 Half the struggle in documentary filmmaking is finding the right material. The other half is figuring out what to do with it.

Two new documentaries get both halves of that equation right. Listen to Me Marlon takes previously unheard tape recordings of Marlon Brando and illustrates them with film, photographs and animation, creating a kind of impressionistic biography of the influential actor. Best of Enemies focuses on the unprecedented series of debates between intellectuals Gore Vidal and William F. Buckley televised as part of ABC's coverage of the 1968 Republican and Democratic conventions.

Listen to Me Marlon may only be for true Brando aficionados. Director Stevan Riley has taken a trove of previously unheard Brando audiotapes and found intriguing ways to illustrate them. The tapes function as a kind of audio diary for the actor, who ruminates on career choices and acting ideas, taking us behind the scenes at important moments in his life.