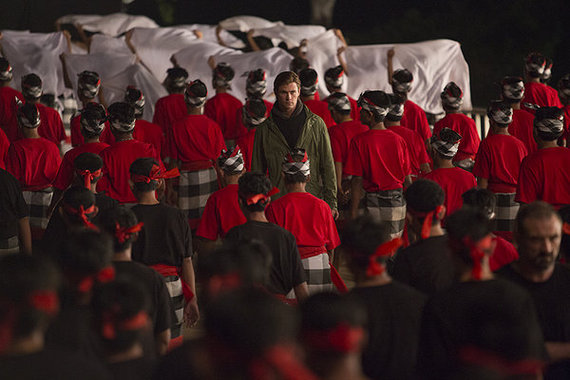 Chris Hemsworth doesn't have the talent to make me believe he's smart enough to be an MIT-educated, world-class computer hacker.

As I watched him, I kept wondering what a real actor - Mark Ruffalo or Edward Norton, say - would have done with this role. Of course, they'd be harder to buy as MMA-slinging warriors capable of taking out a squad of goons single-handedly.

But even a real actor couldn't have done much with Morgan Foehl's script, which is a mix of talky exposition and gun battles, the lowest form of cinematic action. Lord knows Mann tries, overlaying everything with the kind of droney synthesizer score he's favored since he used Tangerine Dream in Thief 30-some years ago.

The script has the frisson of topicality: Someone is wreaking major havoc by hacking seemingly secure computer systems. But it's not the North Koreans and they aren't upset about The Interview.