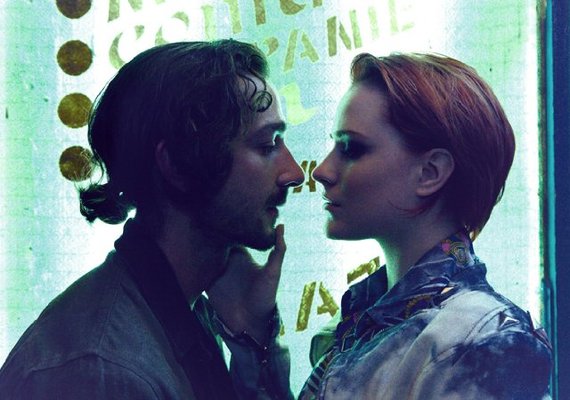 Fredrik Bond's Charlie Countryman is an intriguing directorial debut: a blend of the madcap and the maniacal, a movie that mixes tones in ways that shouldn't work but do.

In that sense, it calls to mind a couple of other films: Martin Scorsese's After Hours and Jonathan Demme's Something Wild. What feels initially like a comedy suddenly takes a serious turn and becomes something else: a thriller with a violent streak set in an exotic locale.

Shia LaBeouf plays the title character: a lost young Chicagoan sent reeling by the death of his mother. He sits on the floor slumped against a wall in the hallway outside her hospital room (where she's just been taken off a ventilator that's been keeping her alive). She suddenly appears to him (in the form of Oscar-winner Melissa Leo) and, when Charlie asks for a direction for his life, she tells him to go to Bucharest. So he hops a plane for Romania.

He winds up sitting next to a Romanian tourist, Victor (Ion Caramitru), who shows him a silly hat he's taking back to his daughter in Bucharest. Charlie dozes off -- and when he wakes up, Victor is slumped over dead. But, after Victor is covered with a blanket by a stewardess, he speaks to Charlie, beckoning him under the blanket and asking him to take a message to his daughter.

So, OK: Here, in the space of 10 minutes, you've got a guy dealing with death -- even as he has semi-comic/semi-horrifying conversations with the dead. Where can a movie go from there? Bond finds plenty of places.