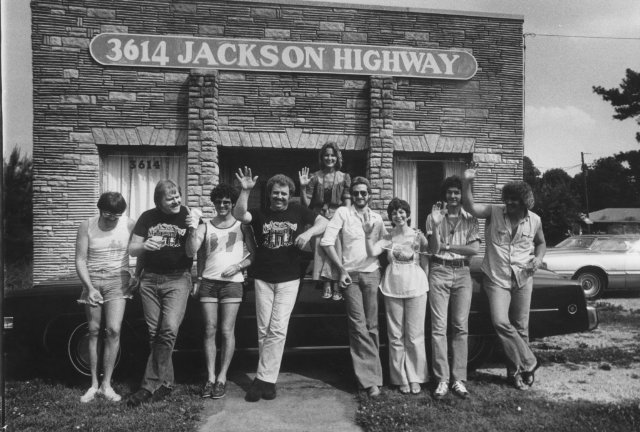 Either the title of the documentary Muscle Shoals resonates with you -- in which case it resonates hard -- or you have no idea what it means.

But you should -- or you should find out by watching the movie, one of the year's most entertaining and enriching nonfiction films. When the end of the year comes around, I'll be hard-pressed to choose between it and 20 Feet from Stardom as my favorite documentary of the year.

Directed by Greg Camalier, Muscle Shoals focuses on the small town in Alabama that became the unlikely home of two of the funkiest, most influential recording studios in America in the 1960s and 70s up through today. The film pays homage to the town and the environs, as well as to the amazing story of the unlikely blend of personalities that put Muscle Shoals on the map of American popular music history, a brand name as recognizable as Motown or Stax.

At the center of the story is Rick Hall, now 81. Born into stark poverty, self-taught as a musician and songwriter, he built his own recording establishment in Muscle Shoals -- Fame Studios -- after being kicked out of another partnership for being too much of a perfectionist. He assembled a group of local kids who wanted to be musicians and created his own studio band -- which became known as the Swampers, the funkiest outfit this side of the Funk Brothers in Motown.

He had a hit with his first recording -- Arthur Alexander's You Better Move On, subsequently covered by the Rolling Stones -- then followed it with a tune by a singer who had never performed outside of local talent shows and Elks Clubs: Percy Sledge and When a Man Loves a Woman. That record brought him to the attention of Jerry Wexler at Atlantic Records, an r'n'b hotbed that released Sledge's single and rode it to the top of the charts.

Suddenly everyone wanted to record at Muscle Shoals -- from Wilson Pickett to Aretha Franklin and on and on.