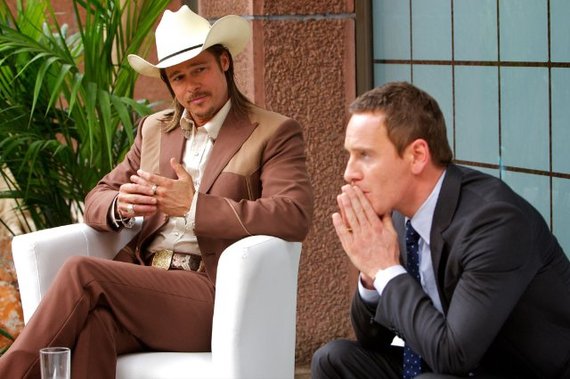 Ridley Scott is one of those overrated directors who, every once in a while, puts together a hard-edged, lean little film that skips his identifying visual trademarks and choices of style over substance and just delivers the goods.

The Counselor, unfortunately, isn't one of those efforts. For a change, however, the film's problems are less the result of Scott's choices than those of his writer.

Which is disappointing because the script is by Cormac McCarthy, in his first foray directly into screenplay form. McCarthy stays true to the stark nihilism of his novels; like them, this films tends to be a little touch-and-go when it comes to the survival of our species in the face of our own innate brutality.

We're doomed to make the mistake that ends our own lives or those of the ones we love. That's McCarthy's perpetual message, whether in his novels or films from his novels, like The Road and No Country for Old Men. That mistake usually involves being human.

But when you read McCarthy's novels, that Old Testament violence, often with a scriptural overlay, never cloys because McCarthy writes dialogue that plays on the page. Scott apparently didn't notice that, when these characters stand up and start talking in front of a camera, they can be ponderous bores.

For his cinematic debut, McCarthy has taken a pass at a particularly popular strain of gangster story: the one that says you can't cross Them, because They will hunt you down without mercy. It's been done well on film as recently as last year's sadly underappreciated Killing Them Softly. This strain includes the entire oeuvre of George V. Higgins, not to mention Elmore Leonard.

Like them, McCarthy is a writer of sudden violence, but his self-importance combined with Scott's make an uncomfortable fit.