As a rocket scientist and mathematician, my friends and university students continuously ask me about my thoughts on the science in today's blockbuster movies. They question if certain concepts are accurate, and if particular scenarios can actually happen. Normally, I have a short one or two sentence answer, which immediately quenches their curiosity. However, recently I watched the Universal Pictures movie Lucy, written and directed by Luc Besson, starring Scarlett Johansson and Morgan Freeman. When asked about my opinion on the science in this movie, I have more than just one or two sentences to share this time.

First off, the movie left me visually spell-bound. The actors and actresses where superb, and I applaud my fellow French producers for prioritizing a scientific concept in the middle of an American action film. However as a scientist, I must stop and state that over 60% of the science in Lucy was either misleading or inaccurate. From the hospital intestinal surgery scenes to the kinesiology-brain responses during fights, a number of scientific consequences were mistakenly overlooked. As a TED speaker on the topic of reprogramming the brain to overcome fear, I will clarify and correct just three of these science misinterpretations surrounding the brain, math, and after-life concepts as suggested in the film.

Without giving away the entire storyline, Lucy is a motion picture about a smart, thrill-seeking college student who finds herself in a horrific drug and human trafficking situation where her brain is permanently altered by a laboratory drug ingested during her captivity. Due to the drug's volatile biological restructuring nature, she begins using more than 10% of her brain and has less than 48 hours to live. She finds the one neuroscientist and professor (played by Morgan Freeman) who can capture her superhuman brain phenomenon for the world. However, time is limited because villains jeopardize her life in the process.

Correction 1: Humans currently use more than 10% of their brains, but 90% of its mass is questionable. 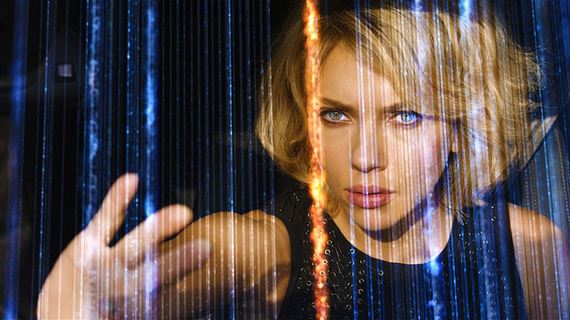 In the movie Lucy, the entire assumption that humans only use 10 percent of the brain is misleading. The correction is this fact: it's not that we use only 10 percent of our brains, rather it's that we only understand about 10 percent of how it functions.

To explain this concept better, I will share my personal experience. A close family member was a pedestrian in a severe car accident in 2010. She endured a catastrophic brain injury and almost died. Surgeons removed part of her brain and reconstructed it to keep her alive. After overseeing her heart-wrenching rehabilitation for over a year, I personally witnessed her brain re-wire itself to re-learn walking, talking, sitting up, writing and all the actions most humans take for granted. After the accident, many close friends also witnessed her new unexplainable, extrasensory brain abilities that science has yet to define. Her real-life story proves to me that our human brains already possess powerful abilities that transcends space and time today. And we humans don't know how to regularly use these skills. Her life-changing accident began my research in understanding the power harnessed in our brains.

According to the Scientific American article published February 7, 2008, "Do People Only Use 10 Percent of Their Brains", the concept that we only use 10 percent of our brains is a myth. The article states: "Though an alluring idea, the '10 percent myth' is so wrong it is almost laughable, says neurologist Barry Gordon at Johns Hopkins School of Medicine in Baltimore." The article continues to explain:

"What's not understood is how clusters of neurons from the diverse regions of the brain collaborate to form consciousness....Another mystery hidden within our crinkled cortices is that out of all the brain's cells, only 10 percent are neurons; the other 90 percent are glial cells, which encapsulate and support neurons, but whose function remains largely unknown....There are people who have injured their brains or had parts of it removed who still live fairly normal lives, but that is because the brain has a way of compensating..." 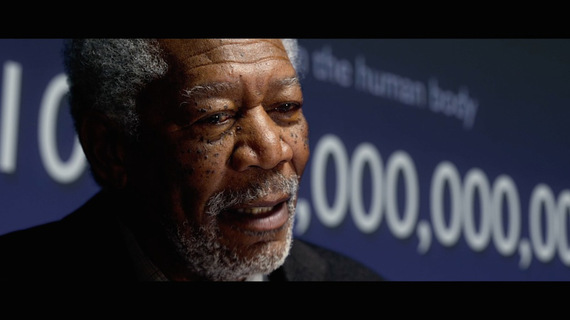 The movie Lucy must give current day mathematicians and physicists more credit.

"1+1" doesn't always equal two. Every mathematician and scientist knows this fact. However in the movie, the main character attempts to imply that mathematicians are limited by this concept and their math is only as useful as its own measurement system. This statement is absolutely 100% false. In reality, mathematicians and physicist are the ones who have proved higher dimensions exist, namely in two branches of mathematics, Topology and Chaos Theory. But humanity has yet to understand its practical results.

Take for example the branch of math called Topology. This study centers itself on explaining spaces that can and cannot be measured, like Space in other galaxies. The study shows that not all things in existence can be measured. Further, another branch of mathematics called Chaos Theory explains both higher and lower infinitesimal sub-dimensions. At the Jet Propulsion Laboratory in Pasadena, Chaos Theory helped reveal "super-highways" in Space for traveling to Mars faster. Scientists also use it to explain the instantaneous decision-making moments where "all hell can break loose" - like why a tornado hits one home and not another; why brush fires travel in one direction and not another; even why someone's brain subconsciously chooses a certain mate over another.

According to Albert Einstein's Theory of Relativity, time is subjective. In the same way that a large ball placed on an elasticated cloth stretches the fabric and causes it to sag, so do planets and stars warp space-time. Chaos Theory and Topology are used to understand systems that seem pattern-less. We are seeing that the brain and the universe are mirroring each other through Chaos Theory. Shockingly similar to the human brain, our Solar System is identically composed of 10% luminous matter, and 90% of an unknown substance called dark matter with unknown functions -- where time and space are appearing not always predictable. In short, mathematics is an every-changing human language depicting changing patterns in the universe. And the findings are extrapolated to higher dimensions (called non-metric spaces) where 1+1 doesn't equal 2. And frankly, this sum is sometimes never defined.

Correction 3: "Life" after "death" existence is defined, and is not everywhere. 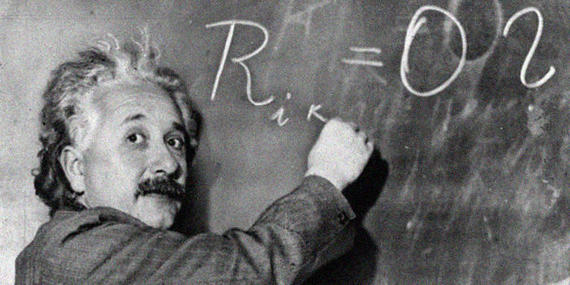 "Energy cannot be created or destroyed, it can only be changed from one form to another."
- Albert Einstein

If we assume "life" to be the preservation of energy, "life" always continues. Okay. I must admit. This movie correction is based on my own personal experience with how faith, science and measurement effectively unify. In the movie, Lucy responds to her love interest by communicating that she is "everywhere" after her human death. Although this creates a great feel-good ending to an action-packed movie, there is only one special case where one being can be everywhere at once.

The correction is that energy simply changes state, and it cannot be everywhere at once. When energy changes, the energy's destination is defined. If we hold Albert Einstein's statement to be true, his theory implies that the energy used to operate a human body is transformed into a new state after a body physically dies. It is through my personal opinion that Einstein's theory also applies to human "death." However where the energy goes is subject to interpretation, as seen in many religious debates. Though I, Olympia LePoint, believe in God's existence and his power manifested through prayer and faith. With this said, I believe that God is the only being that can be fully present everywhere at once. No other beings or energy forms have this physical property. All other energy forms have a defined location assigned after its energy state changes. However, mankind has no direct scientific evidence of where the energy goes after it leaves the human body, yet. We just have religious scrolls and books to elude to this future scientific discovery.

Overall, the movie Lucy was entertaining. The science lecture and action kept my interest during the entire film, and the special effects where fascinating. But as a scientist, I hate seeing when subtle, yet powerful scientific details mislead audiences. The classical foundation of science needs to be carried over into entertainment. Perhaps in the future, movie producers will seek more scientists and mathematicians in making a good film amazingly great.