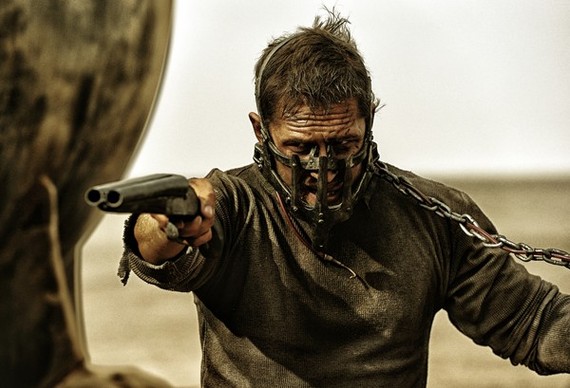 Here are some of the names that came to mind as I watched Mad Max: Fury Road:

There are images that bring each of those artists to mind, whether for a moment or an extended sequence. At times it gets to be too much, but filmmaker George Miller, at 70, rarely pauses long enough to let you think about it.

Miller hasn't lost a step in terms of his ability to imagine, stage and shoot action scenes. He set the standard for filming car chases with 1981's Mad Max 2: The Road Warrior and raises the bar here. The chases and fights in the film's first hour and final 30 minutes take you into the action in ways that no one seems to be able to anymore, mostly by focusing on real action instead of computer-generated images.

Physics seems to be a forgotten factor in most action films these days. Directors assume that, if they can imagine it and bring it to life on a computer, it will look real. Except that, too often, that action defies the laws of gravity, physics and just plain common sense. (Are you listening, Michael Bay?)

That's rarely the case in Fury Road. While Miller does employ green-screen at the most dangerous moments, the genuinely, recognizably CG moments are rare, dominated by the gritty physicality of men, women and cars in a punishing desert landscape operating startling vehicles at frightening speeds.

"Fury Road" is less a sequel than a reimagining of this post-apocalyptic mythology.