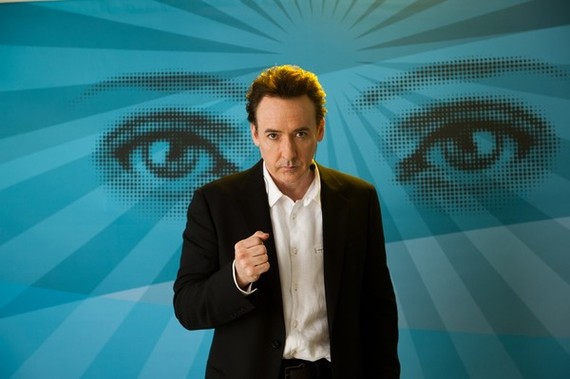 Writer Bruce Wagner's script for David Cronenberg's Maps to the Stars is of a piece with his other work. It blends a cynical vision of people with an even darker examination of the worship of the superficial that is Hollywood life.

But instead of the kind of roiling tale of corruption of the soul that Nathanael West wrought in The Day of the Locust, Wagner's vision feels sour and whiny. His characters lead superficial lives - and their efforts to excavate more from their existence always feel doomed before they start. It's less Nathanael West than Bret Easton Ellis, not a comparison anyone should strive for.

Wagner's snide nihilism seems to suit director Cronenberg, whose last film was the nearly unwatchable Cosmopolis. I admire Cronenberg's willingness to seriously drill down into soul rot as much as the next person; here, the human monsters he's dealing with seem stale and overly familiar.

The film operates at a nexus in the Hollywood world between aging star Havana Segrand (Julianne Moore) and self-help massage-therapist Dr. Stafford Weiss (John Cusack). She's at some sort of career tipping point - and she's not tipping in the right direction.