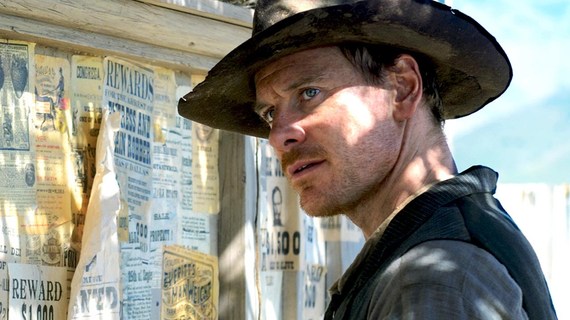 But "slow" seems harsh as an adjective for this compelling film. "Patient" would be a more apt description; "studied" or "measured" would be two more.

Because, in presenting this New Zealander's gloss on a tale of America's Old West, Maclean takes more interest in the journey of his characters than in their destination. The stops along the way are alternately life-threatening, illuminating and abruptly, wildly funny.

The story centers on Jay Cavendish (Kodi Smit-McPhee), a young Brit who is an innocent abroad in the post-Civil War American West. A determined tenderfoot with no outdoor experience of any consequence, he is essentially a victim-in-waiting - until he comes under the wing of a hard-bitten rogue named Silas (Michael Fassbender, channeling Burt Lancaster).

Jay is searching for the woman he loves, Rose (Caren Pistorius), who ran away from England with her father. Silas offers to help Jay find her, leaving out the fact that, like several other bounty-hunters, he hopes to collect the reward on Rose and father for the crime that forced them to flee.

The elements of this story probably seem familiar