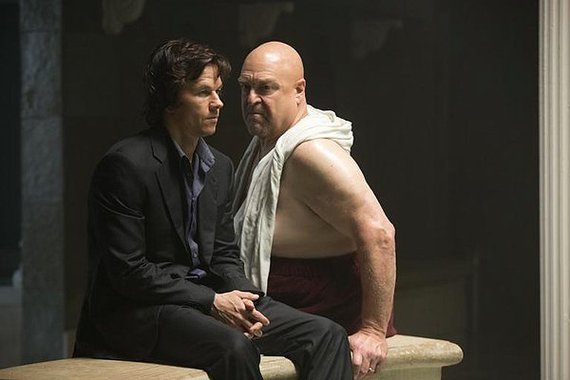 I bristle whenever Hollywood decides that it's time to remake a film from the recent past (although, with a history of cinema that only extends a little over 100 years, it's ALL the recent past).

OK, so I bristle at all remakes -- continuing evidence of the death of imagination in the American movie industry.

The Gambler fits the mold; I remember it fondly as a powerful tale of one man battling his addiction to the adrenaline rush of putting it all on the line. A recent rewatching revealed it as less good than I recalled, alive when James Caan and Paul Sorvino are exchanging James Toback's fast, spiky dialogue, inert when Toback gets all Dostoevsky about fate and the thrill of tempting oblivion.

Toback based the film -- about a college professor from a rich family with a serious jones for any kind of gambling action -- on his own experiences (as well as the Dostoevsky tale of the same name). That 1974 Karel Reisz film at least has star-power performances and a certain nervous energy to keep you involved.

But the new remake by Rupert Wyatt (Rise of the Planet of the Apes) has no such zest.