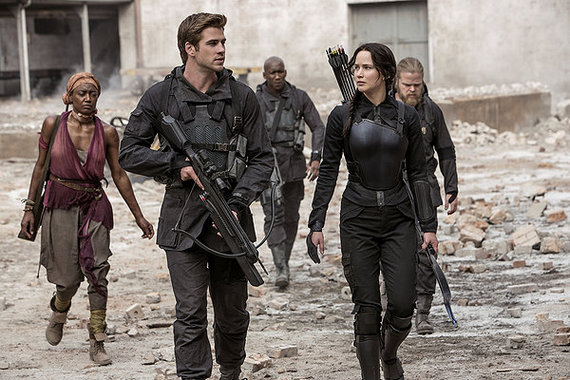 At this point, it seems pretty pointless to review a new entry in The Hunger Games series.

If you're not already interested, you're unlikely to plug in and buy a ticket to see this film, just as the story revs up for its conclusion. It would be a little like going to see the third Hobbit movie after skipping the first two.

On the other hand, if you are hooked on the dystopian tale of Katniss Everdeen (Jennifer Lawrence) and friends, nothing a critic says is going to quell your urge to see the next installment.

For those just joining the fray, The Hunger Games: Mockingjay, Part 1 is the third film in the series, based on the third and final book in Suzanne Collins' trilogy. But Hollywood  being Hollywood, that final volume has been split into two films. Perhaps the "Part 1" in the title gave that away.