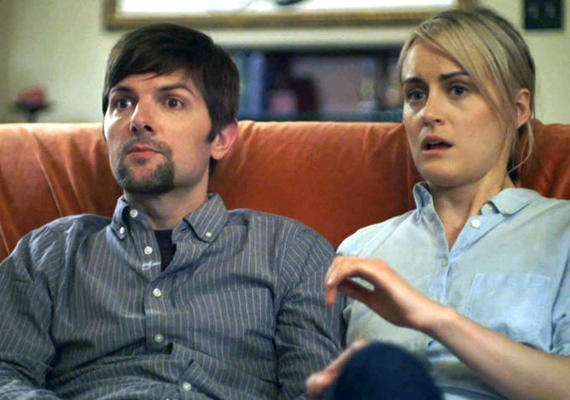 It is the rare movie comedy that can encompass the wild events of a single night and keep you both squirming and surprised into laughter for its full running time.

Martin Scorsese's After Hours is an example of the style done well; so is Greg Mottola's Superbad. And now you can add to that short list Patrick Brice's The Overnight.

Set in one of those hipster L.A. neighborhoods that seem to pop up like mushrooms, the film is about Alex (Adam Scott) and wife Emily (Taylor Schilling), who have moved to L.A. but haven't made any friends. Then they meet their neighbors, Kurt and Charlotte (Jason Schwartzman and Judith Godreche), whose little boy befriends Alex and Emily's son.

Before they know it, a kids' playdate has turned into a dinner invitation at Kurt and Charlotte's. Between the wine, a bong the size of a Louisville Slugger and those warm California nights, one thing leads to another and... And what?