As a mathematician, I became curious about the newly released movie The Theory of Everything, which depicts the real life story of world-renowned physicist Stephen Hawking. Enticed by my love for science and the movie's trailer, I watched the film to determine if the math and science was accurately depicted. Surprisingly, the messages I encountered while watching the film were far more meaningful than just the science equations alone. 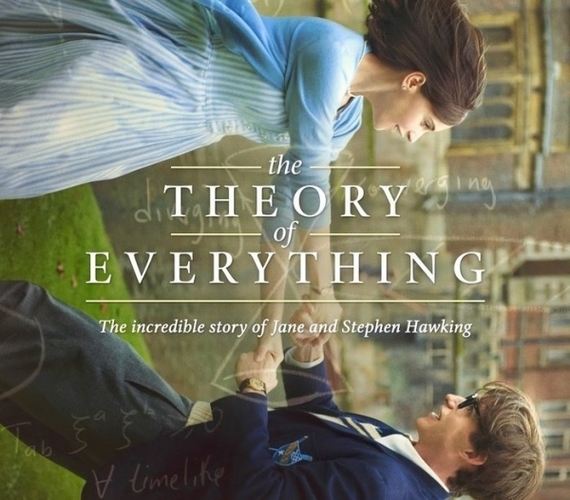 Movie Poster of the Theory of Everything.

Released in November 2014, The Theory of Everything, staring Eddie Redmayne as Stephen Hawking and Felicity Jones as his wife Jane, takes audience members on an intricate journey where Stephen Hawking's real life career and interpersonal struggles are exposed as he faces the debilitating Amyotrophic Lateral Sclerosis (ALS) disease. Only expected to live two years after his original diagnosis, Stephen Hawking's character is faced with one of two decisions. He can either die depressed within two years, or use his unaffected brain to present scientific breakthroughs while still alive. Supported by his Cambridge physics professor, Stephen Hawking finds courage in sharing his black hole theory known as Hawking radiation. This potential Oscar-winning movie showcases extraordinary performances by all of its actors, and the interesting two-hour movie seems short. Plus the extraordinary movement directions given by Alex Reynolds draws viewers into understanding the horrific muscular degeneration and physical issues experienced by individuals with ALS. Through the engaging cinematography and phenomenal make-up artistry of the aging characters, movie-goers are engulfed in the unpleasant time-sequence reality of a scientist whose illness-related difficulties becomes the main equation to solve.

As a scientist, this movie was personally impactful, but not for the reasons one would imagine. Unlike some other science-themed movies where the math was implausible, I was excited to see differential equations and integral forces expressed appropriately. Though, I was not solely inspired by the math. I was happy to hear scientific jargon seamlessly interwoven into the movie's plot, but this aspect was not the showcase. Instead, I was drawn into a movie that demonstrated three important messages geared to help humans overcome challenges.

1. Adversity is a necessary ingredient within the "Success Equation." 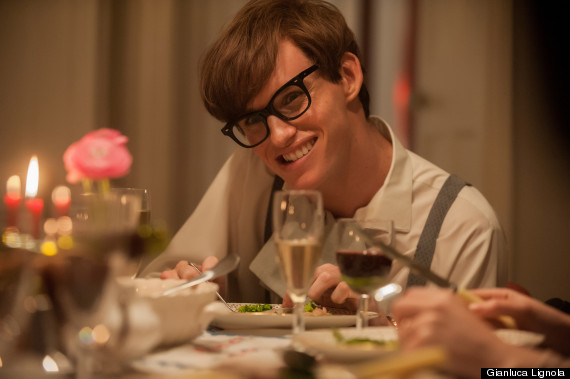 In my book Mathaphobia, I share that great scientific innovators typically face strong struggles. For example, the late Steve Jobs is known for creating the Apple technology. Despite his success, he suffered with severe pancreatic cancer most of his life, yet he lived longer than doctors expected. Further, Albert Einstein failed math in school and was assumed to be mute at an early age, yet he became a world-renown scientist. I am convinced that Steve Job's adversity pushed him to share his innovations quickly. I believe Albert Einstein's frustration led him to communicate complex math in clear ways. Without their adversity, new inventions would not exist.

Stephen Hawking's life resembles this pattern. In real life, Stephen Hawking is the former Lucasian Professor of Mathematics at the University of Cambridge and author of A Brief History of Time which was an international bestseller. Now the Director of Research at the Department of Applied Mathematics and Theoretical Physics plus the Founder of the Centre for Theoretical Cosmology at Cambridge University, Hawking proposed a prediction that black holes emit radiation, also known as Hawking radiation. Hawking generated gravitational singularity theorems that are widely used in the general relativity field within physics . He has acquired numerous, prestigious awards for his science theories. And Stephen Hawking's latest paper "Information Preservation and Weather Forecasting for Black Holes" is currently being reviewed by top scientists per Space.com's article "Stephen Hawking's New Black Hole Theory: Scientists Remain Unconvinced."

In the movie, Stephen Hawking's character faces his first major hurdle when he is diagnosed with ALS. Simultaneously, he fights to communicate his black hole theory with limited physical capability. Later in the movie, Hawking loses his ability to talk. Despite his struggle, he summons the will to write his book. The movie implies Stephen Hawking's illness played an important role in inspiring him to share his innovative theories globally.

2. Leadership is created through care. 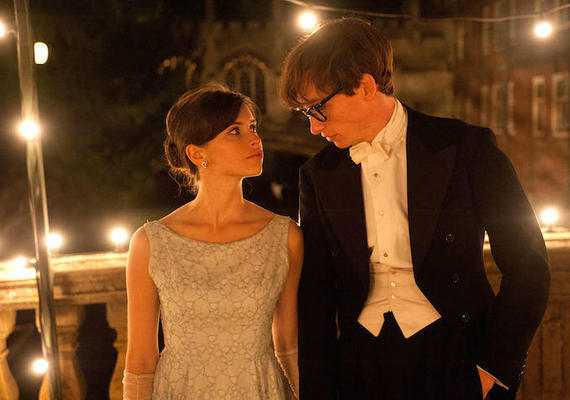 Still from the Theory of Everything. Jane and Stephen Hawking both realize similar passions for time travel.

In real life, caregivers have one of two emotions when dealing with a spouse's severe injury or illness. It is either to stay, or to go. According to the May 2014 New York Post article,"30% of marriages with an ill spouse end in divorce: study," illnesses pose hardships on marriages. At the movie's start, Stephen Hawking meets Jane who likes him for his intelligence. When Hawking's character receives his ALS prognosis, he assumes she (and his friends) would abandon him. Through a dramatic sequence of events, they eventually marry. Miraculously, he lives longer than his life expectancy, and she is taxed with the overwhelming responsibilities of caring for their three children, finishing her own doctoral studies and overseeing Stephen Hawking's ever-increasing medical care. Pushed to the breaking point, she is posed with an option to leave him.

This theme was powerful, because I endured a similar experience as a caregiver. In 2004, I was working as a propulsion scientist and finishing my applied mathematics degree. Then a family member was in a catastrophic accident. These defining moments shaped the rest of our lives. Fortunately, she regained her strength. In years following, we acquired an irrevocable capacity to overcome. However, within her rehabilitation center, we witnessed many husbands and wives leave their injured spouses. Many people are unaware that caring for an ill or injured person takes a severe emotional toll. As a result, healthy coping skills become necessary in dealing with such challenges. In the movie, Jane finds sanity through her church involvement.

3. The existence of God plays an important role in science theory and problem-solving. 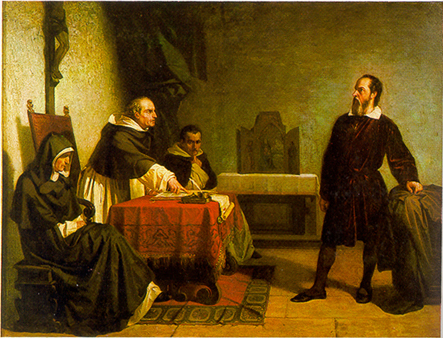 Within the movie, the "God versus science" debate is discussed. This conversation is nothing new, because it has been a long-lasting topic among scientists and religious leaders for centuries. In Ancient Greece, philosophers believed that science was a process to understand the natural laws behind creation. Mathematics was viewed as a perfect tool in understanding the mind of the gods. From the 9th century until the 12th century Golden Age movement, great developments in medicine, astronomy and agriculture were believed to be the will of God. Then during the 12th century's great educational Renaissance movement in Europe, religion and science were proposed together, until a series of natural and political disasters spread fear. These events sparked scientists' imprisonment and their death. Nicolaus Copernicus and Giordano Bruno were such martyrs for science, because they proposed that the Earth revolved around the sun. In efforts to remove the fear, scientist René Descartes , Robert Boyle, John Ray, Michael Faraday, Max Planck all attempted to reconcile religion with science over the centuries. Even Albert Einstein revised his famous theories of relativity after understanding the work of the priest Georges Lemaître.

Although the movie did not reconcile the two concepts in its dialog, the religion versus science debate was appropriately portrayed with respectful discussion. Jane's character was portrayed to believe that God created the earth, and Stephen Hawking's character believed that one scientific equation could summarize life's origination. While the church was Jane's support, Hawking went to his scientific friends for support. Through their combined faith and scientific approaches, they both eventually achieved interpersonal success. Though, the movie was unclear on Hawking's final standpoint on God.

True enlightenment is understanding how principles relate. Though, we humans do not have all the answers. I know that once we understand more about the science behind time and space, many seemingly strange religious practices will make more sense. Meanwhile, everyone's personal view should be respected, because the purpose of any discovery is enlightenment.

Overall the Theory of Everything proves more than just science. The film demonstrates important characteristics in people who triumph. As a TEDx science speaker who has overcome life challenges, I was pleasantly entertained by this film. And I would see it again. Until next time, find me on facebook.com/OlympiaLePoint and share your thoughts.