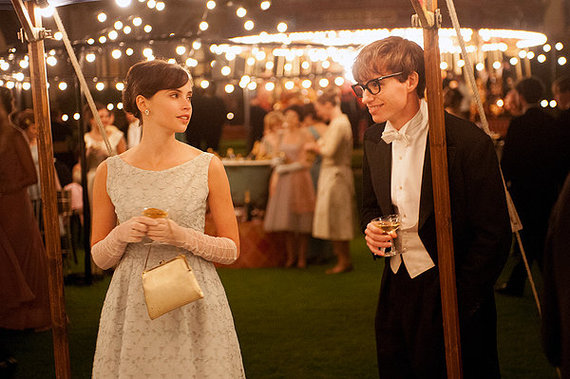 There are so many movies released every Friday that no single critic has a prayer of seeing them all.

But as it happens this week, I've seen several that deserve comment, if only briefly.

Let's start with The Theory of Everything, which some are touting as an Oscar contender. I understand why, though I heartily disagree.

Eddie Redmayne stars as Stephen Hawking, from his days as a Cambridge grad student in physics to his breakthrough years as a faculty physicist. It also deals with his marriage to Jane (Felicity Jones), who weds him even though he's been given a death-sentence diagnosis of ALS.

While writer Anthony McCarten tries to blend comprehensible discussions of Hawking's notion of a unified theory with realistic drama about his personal life, director James Marsh is making a triumph-over-adversity film that occasionally indulges in a little "what-if" for good measure.