Brendan Fraser raised eyebrows with his thick middle part in China over the weekend. Fraser, 38, was in Shanghai at a photo op to celebrate the last day of filming the third Mummy movie. The Evening Standard/Daily Mail made this 2003 and 2007 comparison: 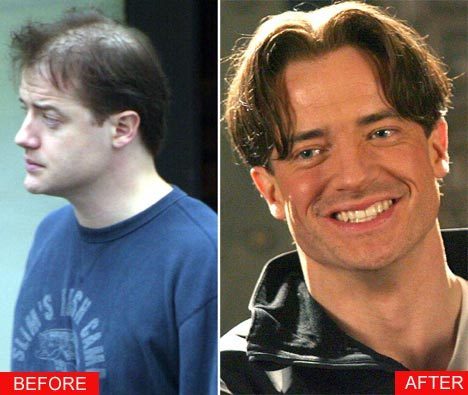 While blogger DListed likened Fraser's new 'do to that of John Travolta. 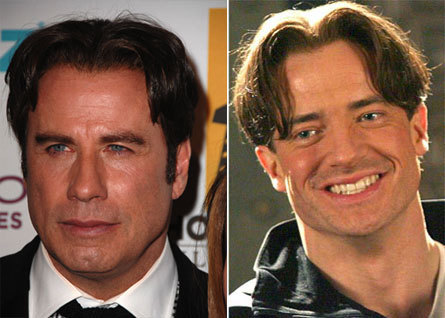 Rachel Weisz opted out of The Mummy: Tomb of the Dragon Emperor, and has been replaced by Maria Bello