The rivalry between books and movie adaptations is as hotly disputed and long-standing as that of the Yankees and the Red Sox. Enraged fans hoot and holler over excluded pivotal scenes and character discrepancies. So with Oscar night approaching, we've put the two head-to-head.

First at bat, Michael Lewis' "Moneyball," made into a biographical sports drama starring Brad Pitt. In both the non-fiction, journalistic book and the blockbuster film, former Major League Baseball player Billy Bean attempts to alter the sport's recruiting process, staring with his team, the Oakland Athletics. Rather than listening to the subjective opinions of scouts, he hires a statistician to analyze stolen bases and batting averages of college recruits.

Perhaps unsurprisingly, our reviewers' answers indicate that the movie rendition of the story is more dramatic than the book. In the book, Billy Beane's goal is to "think outside the box." In the movie, he aims "to change baseball."

Check out more comparisons between the book and the film: 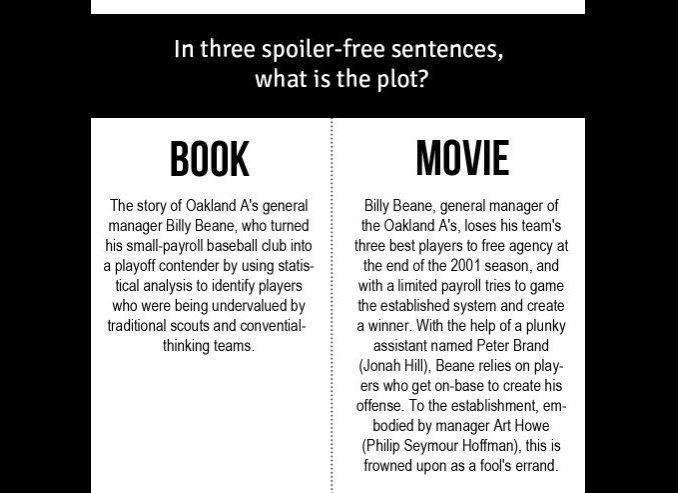