The sweeping technological advancements of the past decade have become instant staples in our day-to-day lives. We feel naked without our smartphones, anxious without our light-as-air laptops. And for kids who are growing up in this rapid-fire age of social media, it's difficult to fathom a pre-digital world. Which sadly means that many of your favorite classic movies just may not make a whole lot of sense to kids today:

The Plot: In Alfred Hitchock's suspense classic, secretary Marion Crane embezzles money and skips town. Desperate for a hide-out, she makes the truly unfortunate decision to stay in The Bates Motel, a spectacularly creepy joint with an even creepier proprietor. 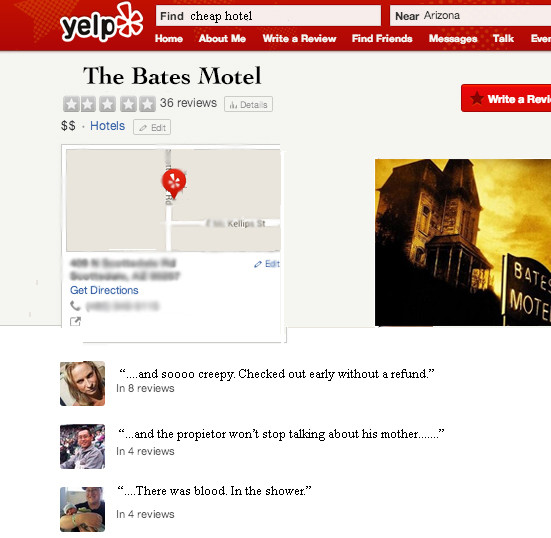 Why wouldn't she just use Yelp to make sure she didn't pick a creepy motel with bedbugs?

The Plot: We're total suckers for this John Hughes '80s classic in which five high school students from drastically disparate social circles, forced to spend a Saturday detention together, bond and discover they're not so different after all. (Aww.) 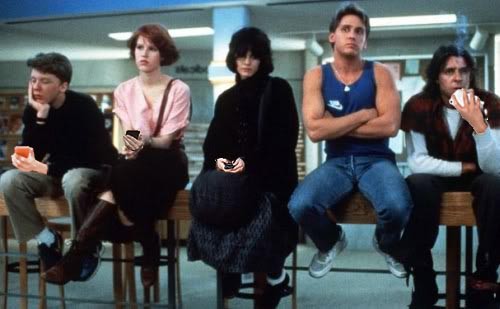 Why would five kids with nothing in common except an inattentive detention monitor actually bother to look up from their smart phones for more than five minutes?

The Plot: This high school classic begins after good girl Sandy and bad boy Danny share a summer's worth of blissful nights. It turned colder (that's where it ended)... and then Sandy shows up at Danny's school in the fall, to both of their surprise. Who knew?!

There's just no way, in this day and age, that they wouldn't know they were going to the same high school. They'd either be texting obsessively into the early fall, exchanging mopey tweets or Facebook-stalking each other. Danny would know that Sandy moved and was about to enroll at Rydell High School.

The Plot: Two illicit lovers, played by Cary Grant and Deborah Kerr, are forced to part ways after a smoldering cruise ship affair. They agree to meet on the top of the Empire State Building after sixth months if they're still in love. As Grant's character waits on the skyscraper, Kerr's is struck by a car and whisked away to the hospital. She's too embarrassed about her injuries to contact him. 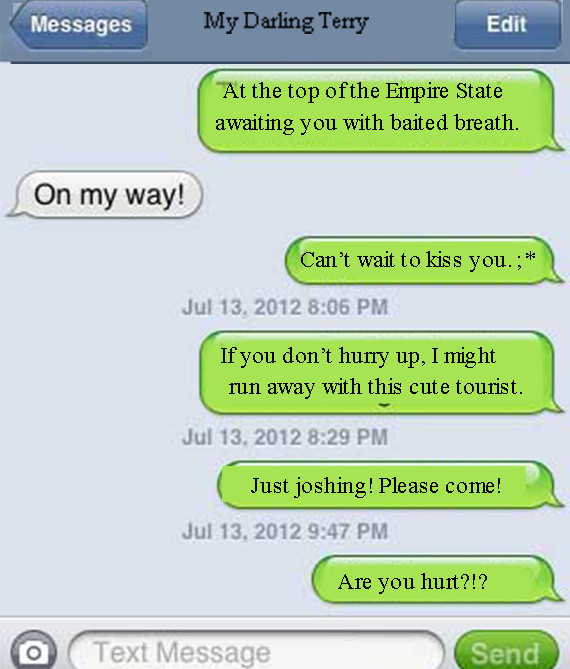 In this day and age, there's no way that a 6-month radio silence would be mutually obeyed in the first place, and that Grant wouldn't have known that Kerr was headed his way, only to be stopped by a speeding car. We suspect a few dramatic texts might have suggested that something was amiss.

The Plot:"You Got Mail" came out in 1998 and the premise was reasonable given the technology of the time": Two bookstore owners fall in love through a lengthy anonymous email correspondence, blissfully unaware that they are actually business rivals.

In a post-"Catfish" world, it's unlikely that these two people would spend so long slaving over well-written emails without any photo or social media confirmation of their pen pal's identity. Some serious Facebook-stalking would be mandatory on both ends.

The Plot: In this not-so-typical '90s family film, Robin Williams plays Daniel Hillard, a voice actor who loses custody of his kids during early divorce proceedings. He dresses up as an elderly woman, "Euphegenia Doubtfire," and convinces his estranged wife to hire him to babysit the kiddies.

When's the last time any mother hired babysitters without Googling them first? You don't have to be in the FBI to perform a thorough background check, and we suspect dear "Euphegenia Doubtfire" would not have landed the babysitting gig.

The Plot: This movie might have been a bit of a stretch even at the time: Kevin McCallister's family accidentally abandons him at home as they frantically leave for the airport to go on their Christmas vacation. Armed only with booby traps and youthful guile, he is forced to contend with two robbers. 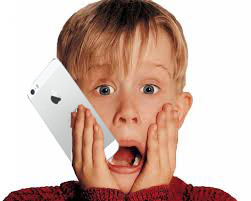 The film's '90s plot holes are today's black holes. There are a zillion ways Kevin's family could have communicated with him, from emailing him on the Internet-accommodated airplane to texting him before the flight took off to just calling a neighbor to supervise.

The Plot: Three film students disappeared in the woods near Burkittsville, Md., while filming a documentary about the legend of The Blair Witch. They venture into a supposedly "haunted" forest in search of supernatural evidence. They get lost, one of the students kicks their map into the river. Spookiness ensues. 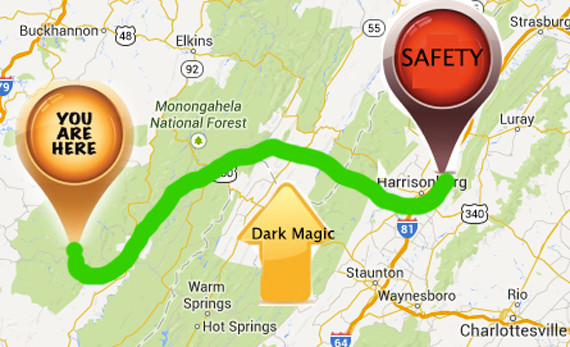 If any of the students had a smartphone, they could have hauled their butts out of the forest before everything turned all demonic.

The Plot: Audrey Hepburn plays a princess fed up with the constant scrutiny that comes with royal life. She runs away in search of the freedom and anonymity, only to stumble upon a love interest who happens to be a reporter. 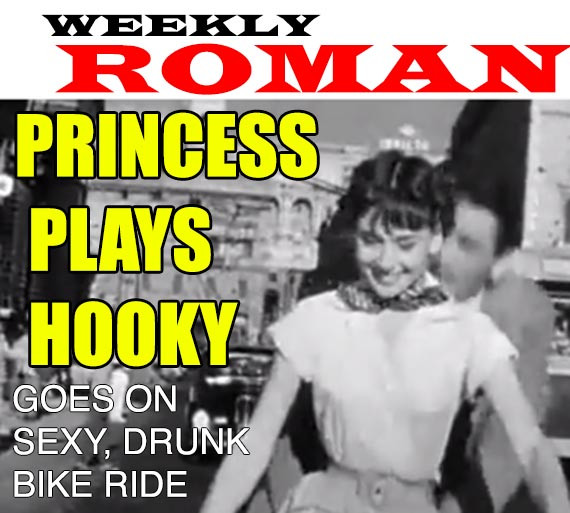 While we certainly wouldn't want these classic films to change, it's entertaining to examine them as artful relics of how we once lived. These films show a quainter world, where disappearing from the face of the Earth or running away forever with a paramour is a cinematic possibility.

9 Classic Movies That You'd Never Be Able To Explain To Kids Today
Top 10 Oscar-winning Travel Movies
1 / 10
Around the World in 80 Days (1956)
<strong>Academy Awards</strong>: Best Picture, Best Cinematography (Color), Best Film Editing, Best Music (Scoring of a Dramatic or Comedy Picture) and Best Writing (Adapted Screenplay) Based on a Jules Verne novel, this best picture winner tells the story of Phileas Fogg – an English man who makes a big bet (and by big, we mean £20,000) with a few skeptics that he can travel around the world in 80 days. Fogg takes a train to Paris, then sets off in a hot air balloon and travels – by various means – across the globe with stops in places like Spain, India, Hong Kong, Japan and San Francisco. The adventurous Englishman encounters numerous trials and tribulations during his journey, but in the end (spoiler alert) he’s saved by the International Date Line, which gives him an extra day and the chance to win it all at the last minute.