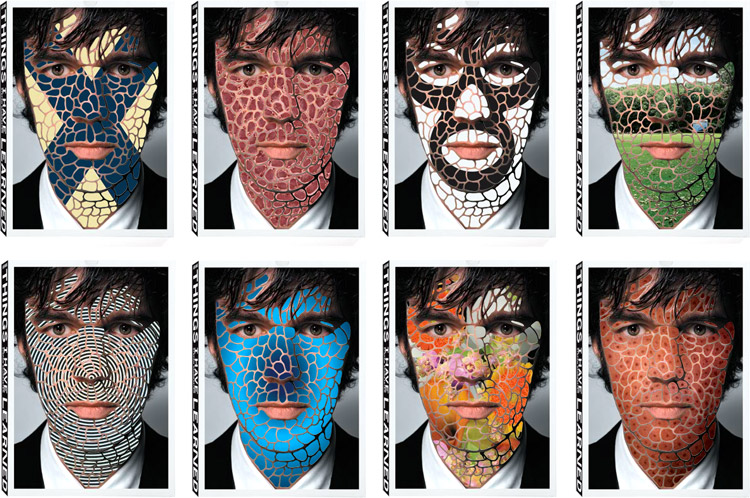 Stefan Sagmeister Covers from his boxed book set "Things I Have Learned," published by Abrams

We may not be biologically inclined to sustain happiness, but we are driven by the continuous desire to attain it. With this endeavor in mind, graphic designer Stefan Sagmeister has been making the Happy film, a project on happiness, which is less an instruction-kit for relieving existential angst and more musings-out-loud, nuggets of wisdom that maximize his own wellbeing. While working on this film Sagmeister has been to Bali and back captioning myriad landscapes with his wordplays. The director James Cameron had said, filmmaking is a constant struggle against entropy, and the Sisyphean pursuit of happiness may merit a lifetime's labor, but the film is due to be released later this year.

On the University of Pennsylvania's Happiness index, Sagmeister scored 7 on a scale of 10 befitting his optimistic disposition, 50 percent of which, according to statistical truths, is presumed inherited from his genetically influential Austrian parents. In general, Americans score high, along with Danes, while Southern nations score even higher because sunnier climes cheer us up no end.

But sunshine and ocean-side living may not be the only triggers. To be contrarian, I show him a book on suicide notes, which cites that spring is often the harbinger of depression and brings on a spike in suicides. There are other divergences besides. We may like to believe that money does not buy happiness, but facts do show that residents of poorer nations and conflict countries are unhappier. Once basics needs are met however, conspicuous consumption does not lead to greater fulfillment, though those with money may not know where to shop: taking longer vacations, spending time with family and friends leads to greater happiness, and those continuing the luxury arms race may be perpetually inclined to view the glass as half empty.

Sagmeister may be the lucky few picturing the glass full with water along with air. With his partner Jessica Walsh, he has a show at the Jewish Museum, an excerpt of the Happy show entitled Six Things, which has traveled from Toronto to Philadelphia and Los Angeles' MoCA. The broader, original show has more visitor interaction and cherry-picked research scrawled along the walls of hallways that trail from closets into the toilets. Sagmeister, who is notably not Jewish, embraces the museum's new eclectic and inclusive approach to culture. Running along the walls at the Jewish Museum, statistics quote that the Jewish people have higher levels of happiness than followers of other faiths in America -- the group being also the least religious and most secular among those surveyed*. 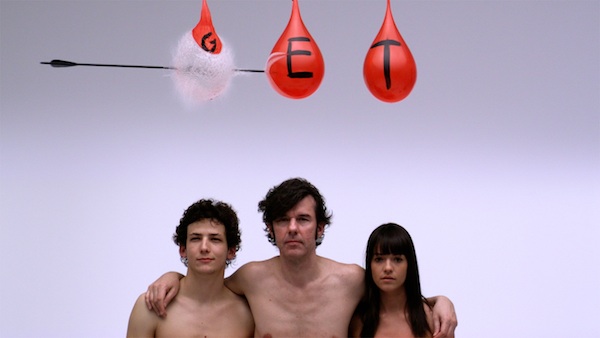 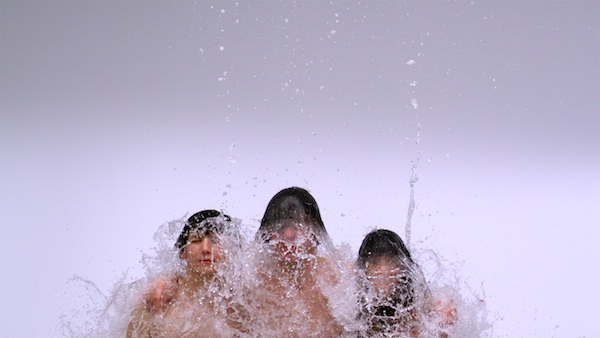 As a graphic designer Sagmeister often bridges the world of art and design seeking pathways and possibilities across genres. His work is sometimes performative, using his own body has a tool for communicating. On the one hand he has no qualms about being pictured naked for his announcement of his new partnership with Walsh, but he claims he is decidedly private about his diaries. Nevertheless, his approach to the public seems to be a confessional one, and if the public doesn't like it, one of the mottos on exhibit, culled from his diaries reads, "It Is Pretty Much Impossible to Please Everybody."

Sagmeister moved to New York from Austria in the 1990s, but he was also influenced by the traditions of the Vienna Secession, which observed no differences between the world of art and design. "Most, like Gustav Klimt," he says, "also did posters, and members of the Bauhaus were quite happy to do architecture and furniture. I actually found the big schism between the two only once I moved to New York and I saw catalogues like the 'High and Low,' exhibition at MoMA." 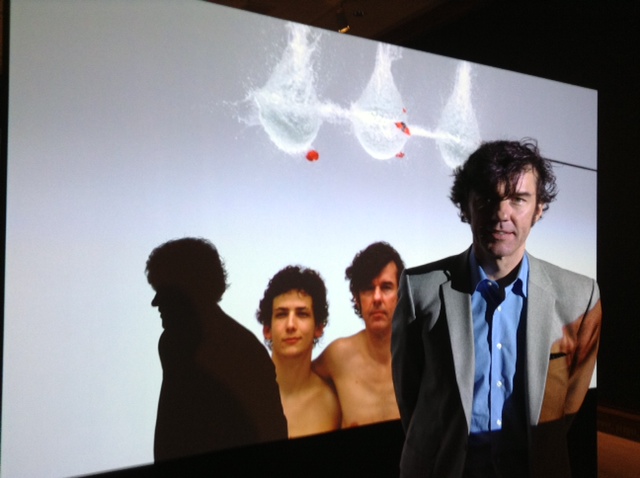 I asked what he thought about the embedding effect of corporate logos on our subconscious. "I would say it was the same sort of power that many visual artists have too," replied Sagmeister. "If you think of the Spanish civil war, Guernica -- [or even the Monalisa], or much closer to my field, the Velvet Underground -- you may associate that with Warhol's banana."

Of all the ubiquitous corporate brands, I asked Sagmeister whether he would redesign any, and he thought he might consider the proposal as an answer to something he found interesting: "There are brands out there in the world that have an incredible influence on the culture. Numerous ones are badly done. They make the world a worse place with visual pollution, and in that sense it would be better to redesign such brands than say, design a website for a small gallery [with less impact]."