Increasingly, our world view is shaped by the sources of our information. There was a time, when news was delivered by trusted individuals who adhered to factual reporting. This is not to say that partiality did not exist. However, compared with our present informational resources, these highly respected news anchors were like the 'Joe Friday's of reporting, "Just the facts..."

Blatantly bias news services offer institutional claims of fair and accurate reporting, which ironically, couldn't be farther from the truth. People tend to favor news from a source which is congruent with their views. This kind of self-selection reinforces preexisting beliefs and oftentimes prejudices. It is reassuring to hear stories that support what we believe, but they are not always credible. I have embarked on many international missions in an attempt to ascertain what was real and what has been scripted by the media. By having conversations with ordinary people, I have learned that inevitably there is another version to every story which often holds more truth than what we hear from the media.

In April, I visited Iran. My most recent trip took me to Israel which was my third visit. Our trip was sponsored by the Muslim Leadership Initiative through the Shalom Hartman Institute. I, along with 22 Muslim leaders, had the opportunity to talk with Israeli citizens, study the Talmud and attend services at a synagogue. I also visited Palestinians, on the West Bank and Hebron, prayed with them and met others who live in occupied territories. The tragedy in the Middle East demonstrates how our discourse favors a zero-sum situation, i.e. win/lose. Palestinians, whose land and homes have been occupied and confiscated by soldiers and settlers face the challenge of making a simple livelihood every day. Israelis must contend with the prospect of attacks on their homeland from radical factions within the Palestinian. All of this takes place within the historical context of centuries of mistrust and conflict. The reality is that most of the people, whether Israeli or Palestinian, do not want war.

Our trip included meetings with numerous leaders and groups within the region. We spoke with Arabs (Palestinians with Israeli passports), who have been active in Israeli politics. They are working to increase the influence of the Muslim voters in Israel's electoral process. Their goal is to gain more funding for schools and municipalities. If they are able to increase in the number of seats held by Arabs in Israel's governing body, the Knesset, they hope to move the government toward a more centrist position. 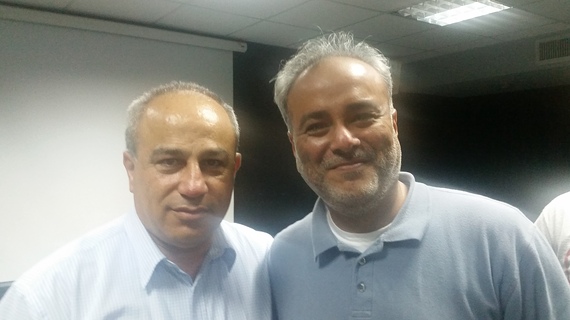 In Hebron, we met with the Mayor's representative. He has been working to preserve the history of the Holy City. There is also an effort to raise awareness about the hardships that the Palestinians endure in the Hebron area. 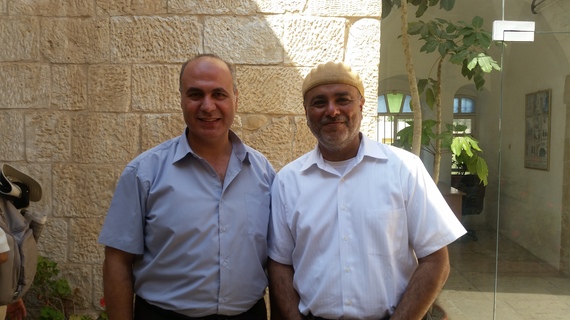 I had a particularly informative meeting with Michael Oren who has served as Israel's Ambassador to the United States and is now serving as Member of Knesset. While I did not agree with all of his views, I respect his plans to propose civil rights laws, similar to those we have in the United States. 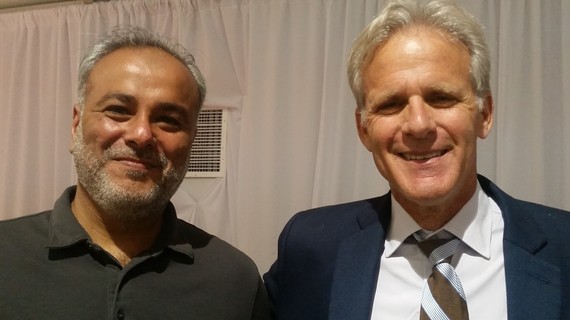 Having a group of American Muslim leaders listen to them seemed to be gratifying for both Arabs and Israeli's. They supported our journey with warmth and hospitality. Friendships were forged. We held conversations on difficult subjects, about which we did not always agree. Discussions that can be contentious were cordial and engaging. Interest in finding solutions and collaborating with the United States was a high priority for everyone.

It should be noted that in the Middle East and US, there are intractable factions who are unwilling to even consider any view other than their own. Whether through violence, politics, or rhetoric, they place obstacles in the way of peace. Change is never easy and contemporary and historical events reinforce those who seek to maintain the status quo. Additionally, these groups denounce all attempts to initiate the peace process. They condemn people who engage with the "enemy" and use every means to discredit their actions. The way to overcome obstructionists is to unite as a single voice and pursue peace with a determination that is greater than those who serve themselves.

To those who advocate isolationism and peace through power, I suggest that if it worked, we would have already achieved a solution. Is peace possible? I believe so. Think about the reconciliation that has taken place in South Africa. Listening to people and creating strategies which promote coexistence are prerequisites to peace. The process requires short and long-term strategies. Research and experience have demonstrated that when individuals and communities are willing to engage in meaningful interactions, positive results follow. Peace is not an "all or none" phenomenon; it is an ongoing "process". It invites disparate individuals to sit across from each other and understand differing perspectives. Instead of seeing the blank face of the "enemy," people become distinguishable as individuals and individuals can discover commonality. While religion has been used as a tool to divide people, it can become a bridge that unites them. That is why my colleagues and I spent several days studying the Talmud and attending synagogue. It had the effect of deepening both our understanding and respect for the people, their culture and heritage.

Challenging the status quo and changing attitudes is a lofty mountain to climb. There is fear, mistrust and doubt about motivations. This is understandable. The 'bottom line' is that all of us - Muslim, Jewish, Israeli, Arab and American - want the same thing; peace. How we go about achieving it is a major, but not insurmountable, challenge. I think that success in the peace process will come in small increments. A multifaceted approach, rather than focusing on a single agenda, is most likely to succeed. The people of Palestine and Israel have more in common than is perhaps evident at a superficial level. My trips to the Middle East have unequivocally demonstrated that the place to begin is by getting to know the people. Sustaining the process is not about winning wars; it is about winning peace. 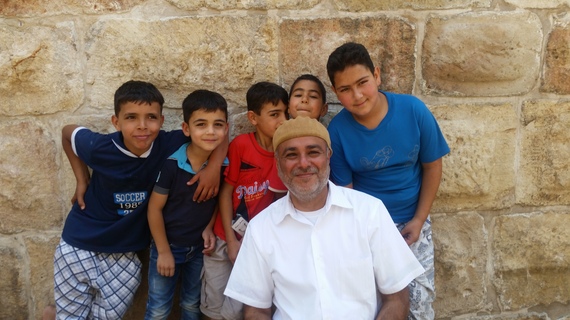