NYC. My beloved home for 13 years. Then on April 30, 2014, we -- my husband, two kids, one dog and I -- said good-bye. It wasn't a particularly sweet parting. NYC pretty much chewed us up and spit us out that historic day, a.k.a. the rainiest day in Northeast history, or something ridiculous like that. My husband, as brilliant as he is, had the not-so-brilliant idea that we would save a little money by packing ourselves. He would have some buddies help him load a Budget truck for a few hundred bucks and then drive the furniture up himself. Meanwhile, I was to captain the Volvo ship, loaded with our precious cargo, the kids and the dog, for the six-hour voyage north. It never sounded like a good idea to me but wanting to be a trooper as moving anxiety ratcheted up, I went with it. 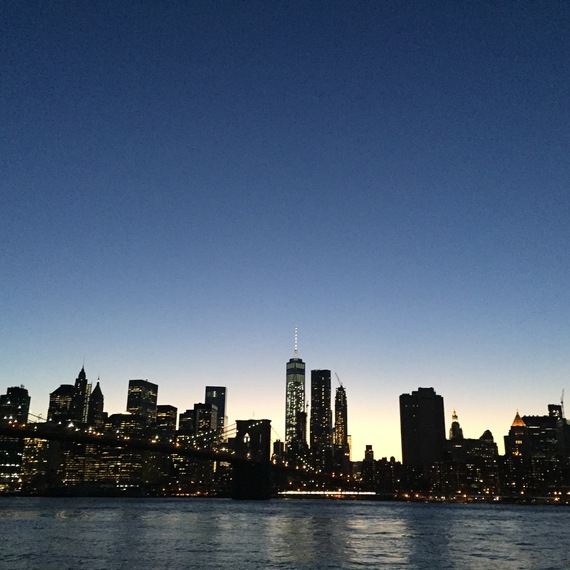 On the morning of our departure, rain was coming down in sheets. I left early with the kids and luckily happened to pack some paper towel rolls in the trunk which came in handy when my car-sick daughter vomited all over herself halfway through the drive. White-knuckling down the thruway, I had to remind myself to breathe and coached myself by repeating my personal mantra, "it can only get better." We were starting a new chapter after all, a decision made, not for job convenience (Vermont is not known for it's booming job market) but for a better quality of life. It was a risky move, but we had to try.

Being a New York City mom wasn't for me. I had always envied the parents who could manage it with grace and style. But my personality and my kids' temperaments weren't conducive to urban child rearing. When I said, "stop," they would go. When I said, "don't touch that nasty garbage can," they would embrace it like it was Elmo.

My kids are delightfully curious and wild-at-heart but I continually felt like I had to squelch their spirits because we lived where we lived. I didn't like the neurotic parent I was becoming. I was stressed over pre-school application deadlines and wondering where my kids would attend kindergarten. Private school tuitions were not feasible and frankly, none of the public school options we were zoned for excited me. Nor did the idea of testing my kids for a "gifted and talented" program that would mercilessly load up five year olds with mounds of work. Moreover, I was exhausted and I didn't have any ounce of energy left for myself. It took everything I had to give my kids a "normal" existence in the city but I couldn't do it without seriously compromising my own homeostasis.

The drive from hell would be worth what lay on the other side: contact with nature, the promise of a slower pace, and most importantly, space. My husband and I had purchased ten acres in the green mountain state five years prior. We were engaged on the land, had our wedding there, camped out during the summers on the property and dreamt up the house we would one day build. Then finally we built it. We weren't just driving to a new home. We were driving to our home; one we had put a lot of time, energy, and all of our savings into. One we had created. The house itself isn't large by any measure but 2300 square feet on ten acres felt like an embarrassment of riches compared to our 900 square foot one bedroom with a home office we were busting out of.

When I finally pulled up to the house in the Volvo ship with our skittish dog, a cranky baby and a half-naked toddler sitting in the residue of her own vomit, I nearly broke down with joy. I stopped myself, however. The family voyage was not yet complete. My husband was still in Brooklyn, only just then finishing up the packing, a task that took hours longer than expected due to the torrential rain. He didn't make it to Vermont that night but pulled over just above the Bronx to rest his weary bones at a roadside motel before getting up at the crack of dawn to complete the exodus.

When he did arrive, I had had a decent night's sleep and decided to forgo my angst of World War III proportions over his decision not to hire movers. He clearly felt terrible about it anyway, and was spent emotionally and physically as a consequence. Poor guy. When he walked up to the front porch I greeted him with my best Elmo hug. We were home, safe and sound, in Vermont. Based on the way New York City said good-bye, moving definitely seemed like the right decision. We could only hope that our old friend would forgive us for leaving her, down the line. 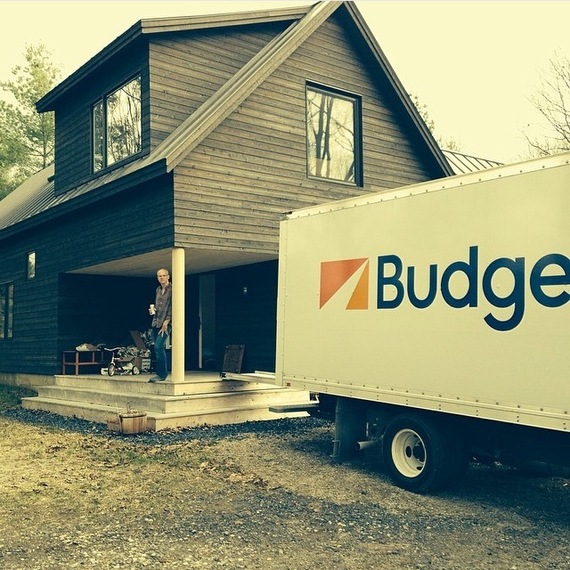 More:
newyork kindergartenKidsParentsmoving
Newsletter Sign Up
Raise the kind of person you'd like to know
Subscribe to our parenting newsletter.
Successfully Subscribed!
Realness delivered to your inbox

Writer, wife and mother of two, living in Vermont.