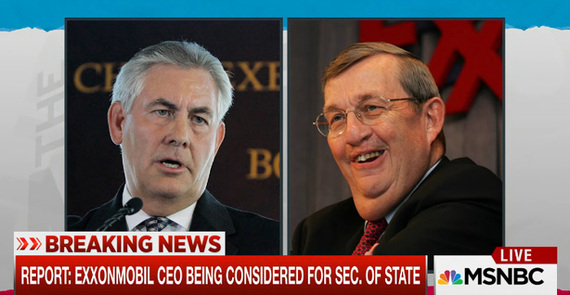 For those who care about the environment, the only choice is to look forward toward mobilizing in 2017 -- with the goal of keeping progress from backsliding.

True, there will not be a pro-active partner in the White House. However, the biggest take away from this deadly election cycle is that grassroots action is the key to the success of any movement or ideology. Change emanates from the strength at the bottom, creating a shift that may be slower than desired -- but that in the end yields a monumental force.

Too many people are already throwing up their hands, convinced that there is nothing that they -- as an individual -- can do.

There is a much bigger picture here. What cannot be overlooked is the essential hyperlocal aspect of the struggle.

Has your district been gerrymandered so that people faced with environmental justice challenges are not being equitably represented? Does your Councilperson share your alarm about particulate matter in air pollution or the high rates of asthma in children? How about your State Senator?

Do you know where your elected officials stand on state-based deregulation or why the electrical industry is pushing to restructure itself to become a "tradable commodity?"

I recently read Frackopoly by Wenonah Hauter. One of the biggest insights culled from her well-researched book was how actively interconnected fossil fuel companies, finance, government, media, and influence have become. Hauter introduces her story with the evolution of today's top fossil fuel companies. They evolved out of the 1911 Supreme Court decision to break up the Standard Oil monopoly, which was divided into thirty-four companies, because it violated the Sherman Anti-Trust Act.

In 1946, Congress opened up public lands that were not yet developed, making them easier to lease and accessible to the grasp of fossil fuel interests. In post-World War II America, there was an expansion of infrastructure devoted to pipelines. It is during this period that fossil fuel interests began to seek out connections within Congress, in order to exert their influence and become active players.

Hauter revisits the history of the CIA's involvement in the 1953 coup against the democratically elected Iranian government. The purpose was to secure the oil resources connection. In a déjà vu scenario, Trump has spoken about taking all the oil in Iraq as part of his "plan" to defeat the Islamic State.

By 1980, Hauter writes that those in the gas and oil sector began aggressively working to defeat those in the House and Senate who didn't support their agenda.

The fossil fuel sector had a friend in Ronald Reagan, who appointed James Watt as the Secretary of the Interior. Watt could be a model for what Trump has in mind for appointments, including posts for the Interior, Energy, and the EPA. Watt was a lawyer who was on the side of those opposing regulations and conservation. He became known as the "anti-environmentalist."

Not too long ago, Dick Cheney was behind getting fracking exempted from national environmental laws with a clause known as "The Halliburton Loophole?"

Today, energy companies have an outsized influence on American politics. It's easy to make the connections: just follow the money. The Koch brothers have opposed regulations at every turn to make sure that their bottom line stays untouched? They have backed up their agenda with generous campaign contributions.

Sen. James Inhofe (R-OK), a staunch climate denier, has received in excess of 1.7 million dollars from gas and oil companies during the period of 1989 to 2015. Oklahoma has seen an upsurge in earthquakes (5,417 in 2014), attributed to the increase in fracking activity.

When Rachel Maddow broke the story that President-elect Donald Trump was widening his Secretary of State search to include both the former and present CEOs of Exxon Mobil, a shudder went through me. (So much for draining the swamp of special interests and the big money boys.) The possibility was clear that Trump was considering a mashup of corporate, big energy, and Wall Street interests. (Fossil fuels was one of the stocks to shoot up after the Trump win.)

ExxonMobil ranks as the top fracking company in the United States. Yet, Rex Tillerson made news when he didn't want fracking in his backyard.

Now, he is a nominee-in-waiting.

Hauter calls for a "grassroots insurgency" to take place both in the United States and around the world.

The country is witnessing a true example of organic activism in the Standing Rock movement. Solidarity and support came from groups inclusive of religious leaders, war veterans, and anti-pipeline advocates.

On December 4, the Army Corps of Engineers announced it would not move forward with granting a permit for the Dakota Access pipeline to drill under the Missouri River.

This example goes beyond serving as a template. It exemplifies the importance of demanding accountability, and stands as a reminder that what transpires is on each of us, as American citizens.

January 20th isn't the end. It is, in fact, a new beginning....
To protect our communities, our children, and the future of the planet.

Tell Your Senators: Stand Up to Trump's Climate Denial