Welcome to "Moving Image," our slideshow of the best photos of the week from around the world.

The following photos tell the story of the most compelling events this week, capturing happenstance moments and monumental occurrences with a single click. The images that stopped us in our tracks the past seven days ranged from a snapshot of an extremely athletic pig to anti-bailout protesters in Cyprus. 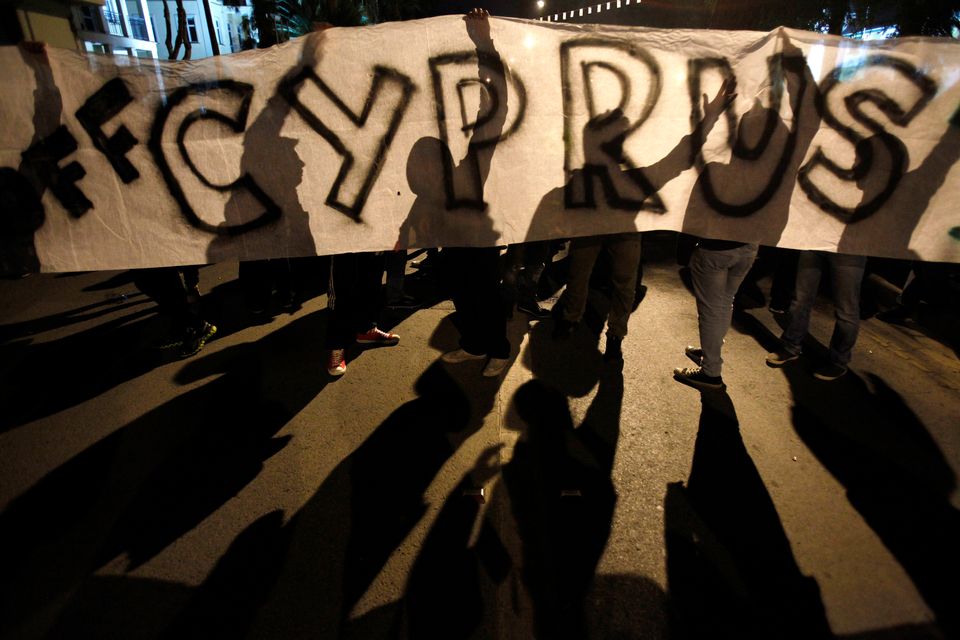 1 / 17
MOVING IMAGE (Mar. 23 - Mar. 29)
Protesters hold a banner that reads "Hands off Cyprus" during an anti-bailout rally outside European Union house in capital Nicosia, Cyprus, Sunday, March 24, 2013. After failing for a week to find a solution to a crisis that could force their country into bankruptcy, Cypriot politicians turned to the European Union on Sunday in a last-ditch effort to help the island nation forge a viable plan to secure an international bailout. (Petros Karadjias / AP)
Petros Karadjias / AP