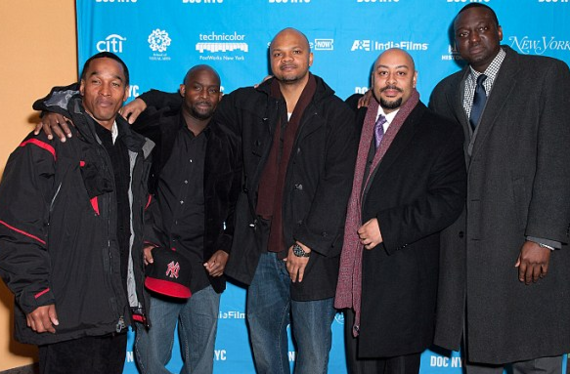 Join me, Sharonne Salaam, the mother of Yusef Salaam, a young Black man that spent 12 years behind bars for something he didn't do. I need your help. On Mother's Day, May 8, 2016, Justice 4 the Wrongfully Incarcerated will be walking to Albany, New York for legislative change on behalf of the wrongfully incarcerated and their families. Some of the legislative changes we seek include accountability for all Judges, Assistant District Attorneys (ADAs), and police officers. We ask for a review of all cases worked on by the police and ADAs that led to wrongful incarceration. We seek an elimination of blanket immunity offered judges, ADA's and police in these cases. We ask for an extension of the time a wrongfully incarcerated person has to seek compensation. We require an inclusion of services like housing, employment and education the help aid the return these exonerees. And finally, families of the wrongfully incarcerated must be compensated for the damage done to their family unit.

For the past 25 years I have been working on behalf of children and their families, from the foster care to prison pipeline to juvenile justice. When I started, there were 50,000 children in foster care. 90% of children and adults in prison had had an association with foster care at one point in time. All of these people, man, woman, boy and girl came from the same disenfranchised communities.

Starting in 1989 my family and I were thrown into a whirlwind of disbelief. I was at an all time low, barely able to stay alive. My children were being threatened on their way to and from school, in their classrooms, and by the community they in which they lived. Death threats arrived at my door like the wind. I wondered "when will this nightmare end?" My innocent son Yusef Salaam, one of the Central Park 5, had been arrested. He was later convicted and sentenced for raping a White woman. Rape was a no-no in the Black community. For years I lived a life of shame, humiliation, fear and moreover, a life without justice.

My personal journey began while advocating for my son and the other innocent boys during those years. Somehow I had to try to hold it together for Yusef and the rest of my children. Holding it together while so many are against you, you learn to take it just one day at a time. Anymore than that would consume you. I had to learn to get up. At times it seemed as if I was the only voice calling out in the wilderness.

"You have the wrong people!"

In those days I was able to cry and behind closed doors, I cried many a tear. But since then, cancer has taken all my tears.

Visiting Yusef in prison, I came face to face with boys who were thought of as the scourge of society. Not even deserving a slice of bread. The pain of it all consumed me and I wondered daily if my son was safe.

"Is he alive? Has he been molested or beaten up?"

So much was unknown and out of my control. These thoughts and others run rampant in a mother's mind. This whole experience had opened my eyes to a different world, a new way of thinking. The advocate in me was awakened.

After the wrongful convictions were overturned for my son Yusef Salaam, Kevin Richardson, Raymond Santana, Antron McCray and Kharey Wise, I wondered what was next. I began envisioning what justice for the wrongfully incarcerated and convicted would really look like for my son, for me and for families in a truly just society. And thus was born: Justice 4 the Wrongfully Incarcerated. Can you stand for that? Can you stand with us?

With this, I ask you to write your Representative. Let them know you want justice for the wrongfully incarcerated and their families.

We invite you to join us. We meet every Saturday 10 am to 12 noon, in the NYS Office Building in Assemblyman Keith Wright's Office. 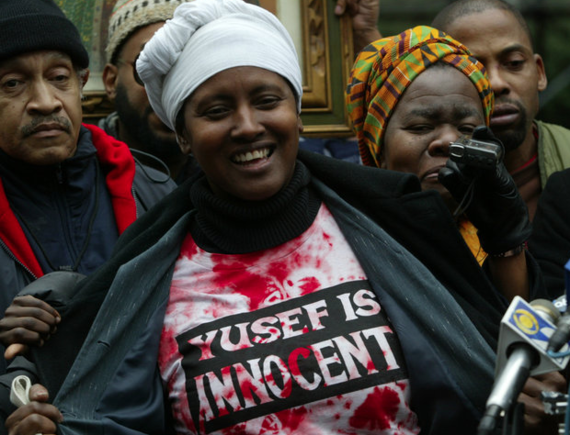 --Sharonne Salaam, mother of Yusef Salaam of the Central Park 5, speaks out for those wrongfully incarcerated.