This image encapsulates that unbreakable bond between a boy and his dog.

James Isaac, a 9-year-old who has autism, underwent an MRI at Wellington Children's Hospital in New Zealand earlier this month, after experiencing a series of seizures, according to Stuff.co.nz. But before he went in for the scan, his loyal service dog, Mahe, was right there by his side, checking on the boy.

The beautiful moment was captured on camera and it looks like love in the purest form.

Michelle Isaac, James' mother, explained to Today.com that because of her son's autism, he runs into many challenges in public.

"James has profound autism, so he gets quite anxious when we go on outings," she told the outlet. "He's very impulsive and he doesn't have any awareness of danger."

Mahe, who trained with the Assistance Dogs New Zealand Trust for six months to help kids with autism, assists in keeping the 9-year-old safe and calm, according Stuff.co.nz. So as James went under general anesthetic in order to stay still for the procedure, Mahe was allowed to hop onto the bed and be there his pal.

"He got his face really close to James, who was asleep by that point, and he reached in to sniff him," Isaac told Today.com. "He looked really concerned. It was quite touching."

Afterward, when James was in the recovery room as the anesthesia wore off, Mahe was there for him as well, helping the boy feel less anxious.

Though Mahe's assistance helped during his procedure, Isaac explained to Stuff.co.nz that the pooch's positive impact on James' life extends much further.

"We couldn't even go to a cafe as a family. James would get very anxious and want to leave immediately," Isaac said. "But when we got Mahe, James would just sit there waiting for us to finish our coffee."

But the pup isn't just a service dog either, Isaac explained to Stuff.co.nz. He's also a valuable friend.

"For Mahe, James is his best mate, he is all about James." 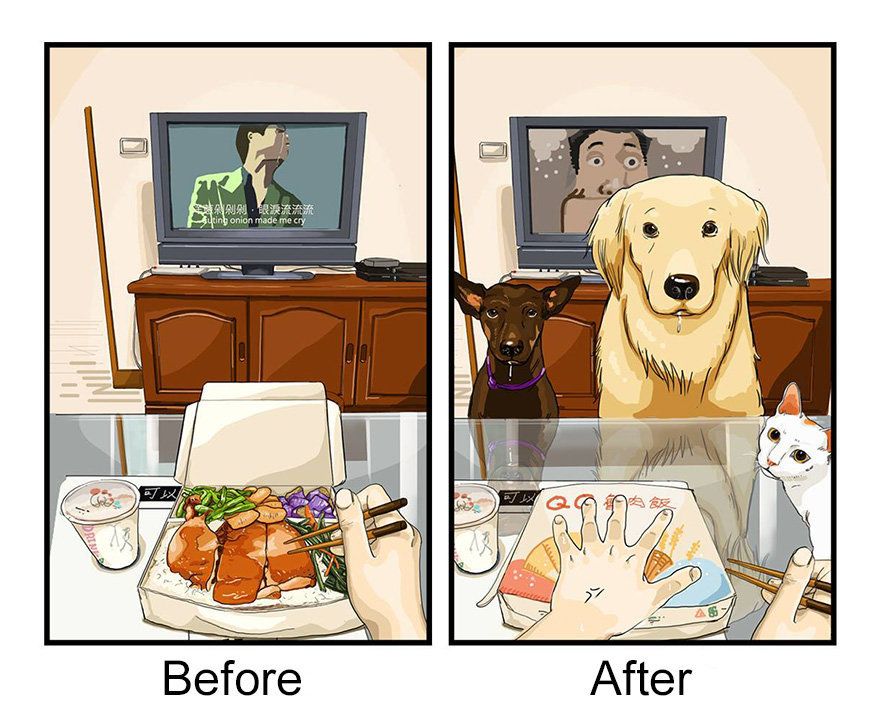