By Kristen Klein for Bridal Guide

It's every bride's worst nightmare -- with just a few days left before the big day, Amber Jones' fiancé called it off.

"I think we all imagine a bride being left at the altar under dramatic circumstances. But ultimately, it's a very quiet moment," said Jones. "A letter left at the hotel. An empty aisle. Or a whisper before the door closes. Sometimes, it's small spark that spontaneously combusts and starts a wild fire that just can't be controlled in time to save the day. For us, it was the latter. Under any other circumstance, you can usually feel safe and secure that the flames will die down. But when it ignites just before the most daunting commitment of your life, the blaze seems to blind you from seeing the forest for the trees. You simply can't imagine living a lifetime in that kind of heat. So he decided to get out of the proverbial kitchen, despite my efforts to remind him we were the best firefighting team around. All this left me with a wedding and no groom."

Related: Canceled Wedding Turns Into a Heartwarming Event for the Homeless

She called her photographer, Leah Dorr, in tears. But instead of canceling photography coverage, they decided to use photos to help the healing process. "We decided together that documenting the grieving she (and her family) was going through had potential to be powerful and meaningful," said Dorr. "I have never experienced or witnessed anything like this kind of strength. Amber is of warrior status!" 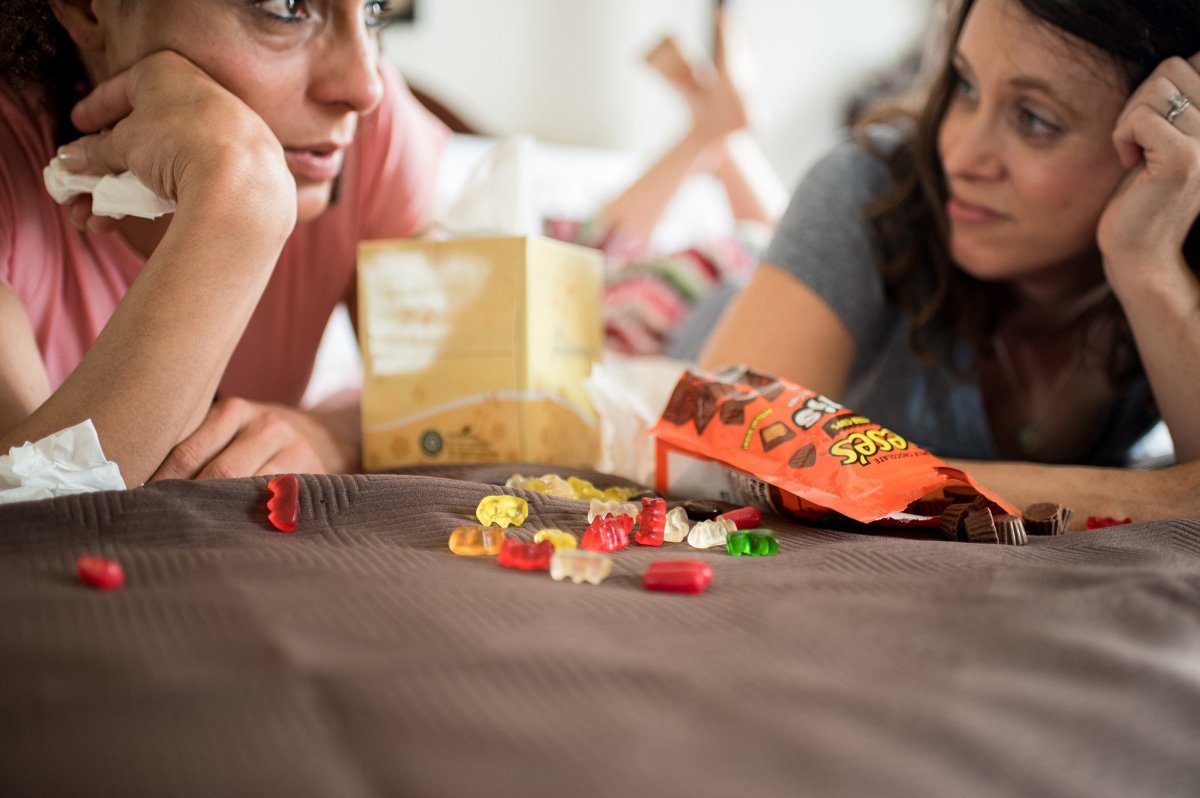 "Amber didn't want the images from the weekend to be, 'See! You didn't get me down! I'm gonna get out of this on top!'. Instead, she wanted to show the raw emotion and tell a story," Dorr said. "When we were talking about what she wanted her images to represent, she said: 'This is a shocking very lost feeling, and realities must faced. But with family and resilience you can have comfort and even happiness in the middle of the storm. How your loved ones surround you. How you have to move boxes, and make decisions about possessions, and how to live a new life. That tragedy is like spring rain... somehow in the storm, these little blooms of hope appear until eventually you're through to summer again.' How amazing is this woman?"

Related: The Most Touching Wedding Stories of the Year

"What I learned is that a wedding is something entirely different from a marriage," said Jones. "A wedding is about all the people and things that come together to witness two people get married. A marriage is just about the bride and groom. So when my entire family decided to come to New Orleans anyway and see me through the aftermath, it became evident that all the same people and things that made up my wedding still existed. There just wasn't going to be a marriage. Truthfully, I couldn't see anything optimistic at first. I was just grateful I wasn't alone."

"It wasn't until my photographer suggested doing a photo shoot anyway that I realized something truly beautiful happened out of all the ugliness. It was the first time my entire family was together in one place, just for the sake of being together, for over a decade or more. And they all came together to hold me up. Somehow, the solidarity and seeing and feeling unconditional, forgiving love radiate from them made the pain of my ex-fiancé's decision almost irrelevant. In the armor of my family's strength and support, I could face the battle of heartbreak without fear or humiliation. I cried. I laughed. I sang. I danced. And somehow, in an indescribable way, I won. Did I get married? No. Do I still have a lot grieving and healing yet to do? Yes. But all of that will be okay in time because, in the end, I got so much more than a wedding."

More from Bridal Guide:
100 Sentimental Wedding Ideas You'll Love
The Most Romantic Wedding Photos
75 Wedding Hairstyles for Every Length
11 True Wedding-Night Confessions
15 Signs You're Too Obsessed With the Wedding