Just your usual environmentalists are getting ready for "Moving Planet," this Saturday's global day of action to "move the planet beyond fossil fuels."

In Egypt, Sarah Rifaat is working with thousands of young people to create a "Human Nile" through the streets of Cairo to raise awareness about how global warming threatens local water supplies.

This spring, Sarah, who helps run the Cairo Cycling League, was in Tahrir Square handing out bike helmets to protesters. Now, she's proud to be helping move her country in a new direction.

"In Egypt, we've seen the amazing changes that can take place when people work together to move in a new direction," Sarah said. "We need the same sort of energy put towards addressing the climate crisis and moving away from fossil fuels."

In Libya, Dr. Satya Pal Bindra and a team of Libyan professors and engineers are organizing presentations in Tripoli, Garabouli and Nalut and hosting a rally at a local solar field to show that Libya's energy systems need not be tied to oil.

"We are making sure that our new Libyan political leaders get the message that our community is aware and getting prepared to move beyond fossil fuels," said Dr. Bindra.

In Ukraine, students are preparing for Kiev's Youth Power Shift Conference, a meeting of climate activists inspired by similar conferences in the United States.

In the Dominican Republic, students are getting ready to paint the country's first bike lane in Santo Domingo.

In India, thousands of people gathered in Andhra Pradesh for a public meeting on the impact of coal pollution in the region.

And that's just the beginning: there are over 2,000 Moving Planet events planned in more than 170 countries. (You can click here to find an event near you). The size, scale and diversity of the day is a powerful reminder that no matter where we live, no matter who we are, we all share a common planet.

And it's a challenge for all of us to rethink our preconceptions of what the environmental movement looks and feels like.

"If we're going to win this global fight, we need a global movement," wrote Bill McKibben in an email to 350.org supporters last weekend. "When you're taking part [in Moving Planet] in your hometown, millions of others will be doing the same thing: on different continents, in different languages, but with the same idea in their minds and hearts. We're building local power and global power at the same time."

CNN called 350.org's first global mobilization, "the most widespread day of political action in the planet's history." Since then, the global climate movement has continued to grow in leaps and bounds. Saturday will be another major step forward. Join us! 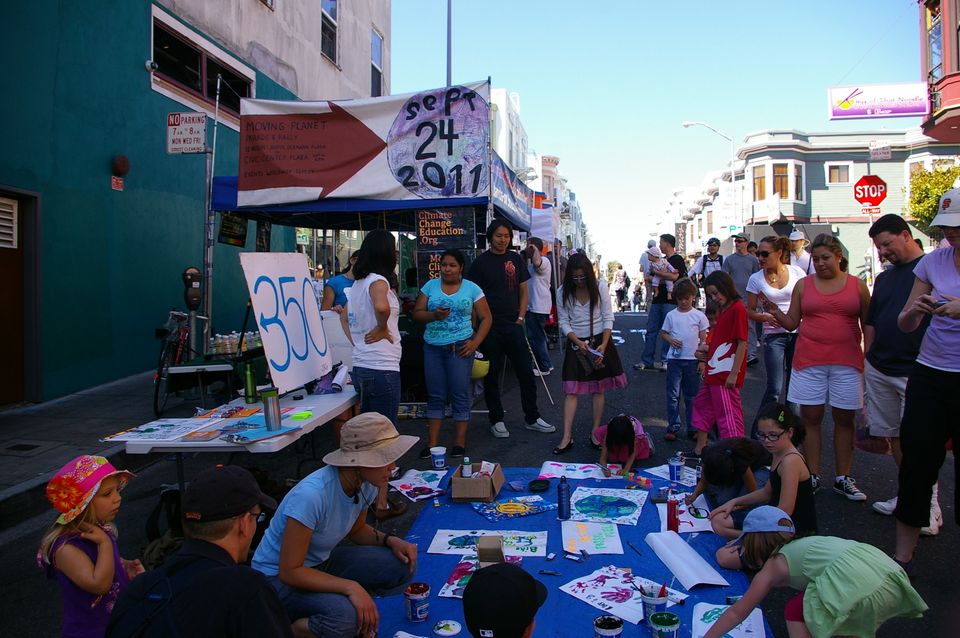