Next Saturday, September 24, is Moving Planet -- people throughout the world will be getting on bikes and hitting the streets to move the planet away from fossil fuels and push it towards a safe climate future. As Bill McKibben just put it:

"People will be skateboarding and kayaking and marching, and most of all, they’ll be biking. In Indonesia, people will be cycling (and ferrying) for 350 hours from Bali to Bandung, collecting petitions for climate action along the way. In Sao Paolo, Brazil, thousands will march and rally for better public transportation and bike lanes. From Cairo to Quito, from Dhaka to Denver, millions of people will pound the pavement in every corner of the world, demanding action on climate change....It's going to be beautiful."

We wanted to share some of the amazing posters that are popping up around the world, each a unique and creative call for people to come together. Vote for your favorites, and they'll be featured by the global climate campaign, 350.org.

Heidi Quante is the Creative Coordinator for 350.org. 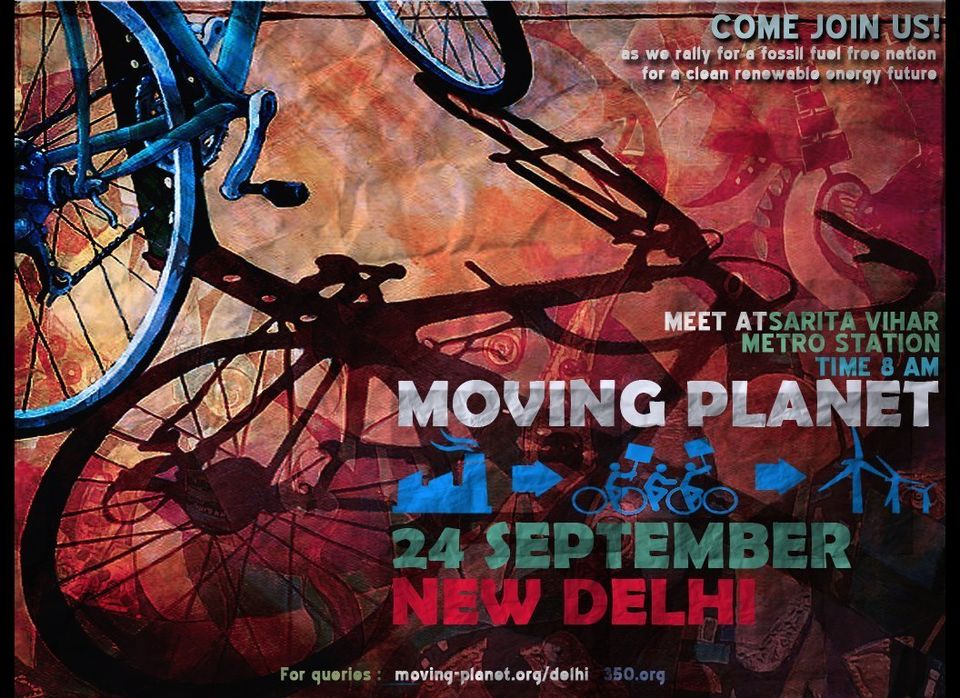