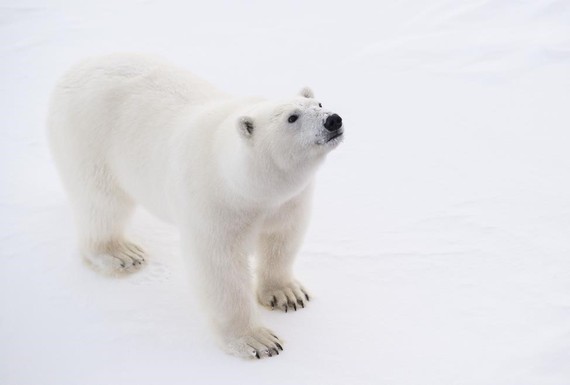 The U.S. GEOTRACES team is three weeks into the return leg of our expedition, moving south towards Dutch Harbor, Alaska. During the month of September we have witnessed the transition from Arctic summer to fall; behind us are large floes of multi-year ice and 24 hours of sunlight, ahead lies open water, thin ice, and dark nights. In August we passed through the marginal ice zone where large sheets of ice had melted leaving behind open water. Today we re-entered the marginal ice zone but in a different season, the open water left behind from summer melting is now re-freezing and many of the open leads we are sailing through will be completely frozen by March.

Living conditions outside the cozy confines of our ship are harsh at best, but amazingly we've had a number of wildlife encounters over the past two weeks. Curiosity (and perhaps hunger) drove a brave young polar bear within 100 yards of the ship, he stuck around long enough for a quick picture before something scared him off. Later an Arctic fox was spotted, these animals are known to follow in the footsteps of polar bears to feed on leftover food scraps. GoPro cameras lowered beneath the ice during sampling have caught glimpses of small fish, large clusters of algae, and even a ringed seal. Melted ice cores have revealed a colorful variety of phytoplankton and DNA samples are being collected to map out the biology of life in the ice.

Inside the ship, living conditions threatened to turn harsh as one of our two evaporators used to generate freshwater went down. Restrictions were enforced as the ship's water making capacity dropped to 45 percent -- that means no laundry, paper plates and plastic utensils in the galley to minimize dishes, and "sea showers" (30 seconds to get wet, water off to soap up, 60 seconds of water to rinse).

Luckily the restrictions were lifted after one week and the problem has since been resolved. It looks like we'll show up in Dutch Harbor showered and wearing clean clothes for our final port stop on October 12th. 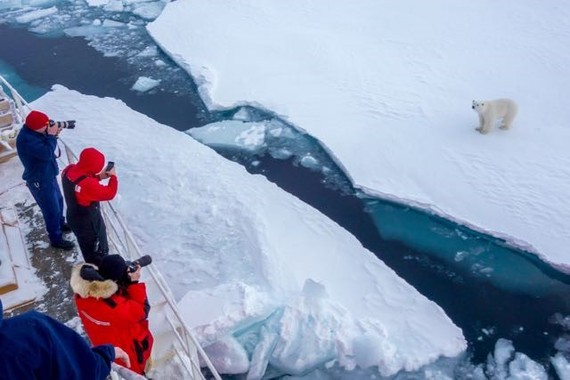 A young polar bear approached the USCGC Healy as we stopped for a water sampling station (Photo by Croy Carlin, Oregon State University). 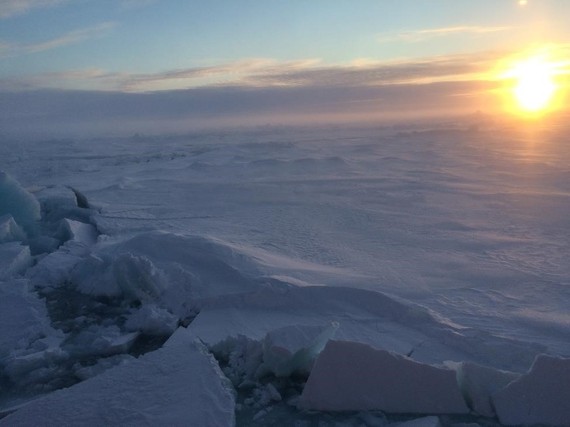 Old ice - Above 80 °N we encountered thick floes of "multi-year ice," large sheets that persist through the summer melting season and continue to grow in the winter. 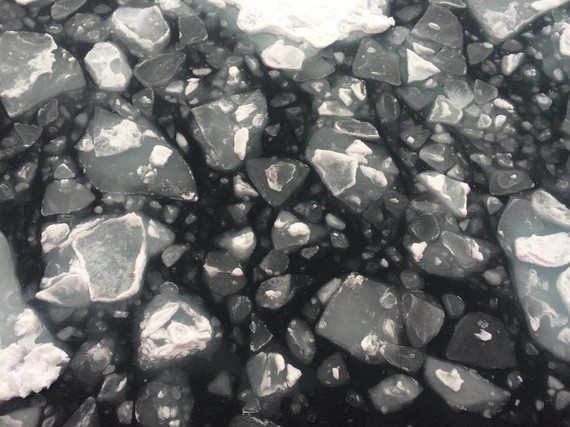 New ice - Below 80 °N surface water is beginning to re-freeze as winter approaches. When surface water freezes wave motion causes round pieces of "pancake ice" to form rather than one large solid sheet. Pancake ice will eventually freeze together to form large ice sheets that continue to grow from the bottom as underlying water freezes.