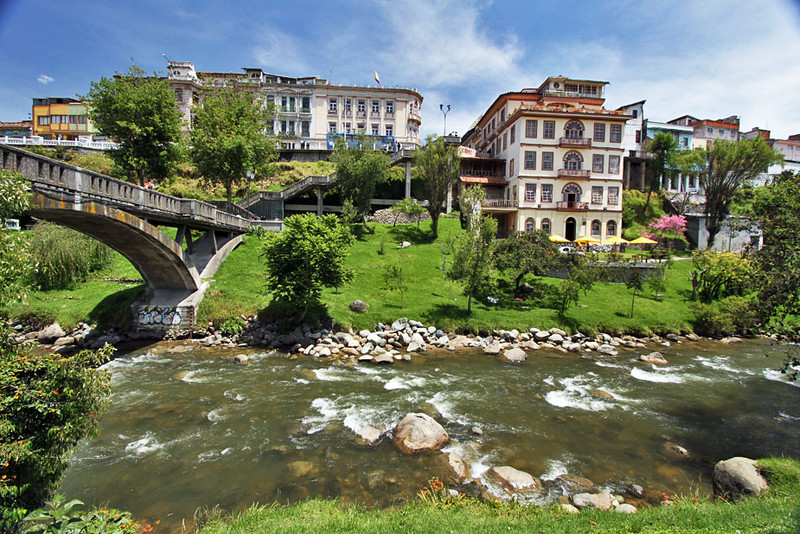 Photo Courtesy of Hole in The Donut Cultural Travel

In the past few years, more and more people seem to have gone crazy about Ecuador and, particularly, about the charming and lively city of Cuenca. Cuenca is rich in history and architecture; it's walking friendly and it's surrounded by breathtaking scenic mountain sights. After all, who doesn't dream of yearlong perfect weather that would only be the background of incredible genuine friendliness, exotic and tasty food, deep culture and uncontaminated nature? Surely, Cuenca represents a heartwarming destination with plenty of hidden treasures to discover, however, if by any chance you're thinking about making more than just a trip out of this city and if you're thinking about building a new life there, like many did before you, you might want to consider a few peculiar aspects that aren't often discussed.

First of All, Ask Yourself: Why Do You Want to Move to Ecuador?

If your plan is to develop a way of life that is radically different from the one you have in your hometown in the United States and if you're willing to adjust to the many changes you're inevitably going to face once you move away, then jumping into a new fresh reality and make the best out of Cuenca won't be hard for you. When relocating to another country, indeed, whether it's Ecuador or France, it's fundamental to consider how flexible and open your views are. So, ask yourself: are you amazed by the Ecuadorian culture? Are you going to immerse yourself in it with wide heart and eyes? Do you know enough about it? Are you willing to learn the language? Do you think you could stand the local lifestyle or are you going to look for your personal America in the South of it? These questions might sound almost overwhelming, but they really are the basis of life as an expat.

Are You Just Getting Carried Away by The Prospect of Economic Wellness?

Many people decide to leave the United States attracted by the idea that life abroad will automatically be cheaper and therefore happier. Is that accurate? Before becoming all enthusiastic about the articles you've read, you might want to do some further research and find out whether what has been told you is driven by honesty or by real estate agents' hunger for money: check your sources and facts before you buy that plane ticket! Apparently, many expats believe that 600$/900$ a month would be enough to conduct a utopic existence in Ecuador, an existence that would be comparable to the quality and standards of a much more expensive one in the United States. The reality of facts, though, is that 600$ would only cover a very basic and simple life, which wouldn't resemble a king-alike one at all. You would have to live on a tight budget, rent a 250$/month apartment, have no car and no money left for any kind of treat.

The true costs of living in the marvelous town of Cuenca are directly linked to the kind of adjustments you're willing to make. Going local is the first rule to follow if you don't want to pay double for imported products. With that being said, even if you fully embrace all the local products and habits, you still need to keep in mind those extra expenses that spice life up or that are considered normal in the United States: eating out once a week, having a medical insurance or getting a TV cable would make your 600$ ideal "mind budget" go all the way up to at least 1.200$ (still fairly cheap for a normal life, but not unrealistically inexpensive). Living a very frugal life and forgetting entirely about your North American habits is the only way 600$ would sustain you in Ecuador. A much more realistic approach would be to lower your expectations about expenses while getting used to the new way of life, trying to enjoy it like a South American would.

Learn About The Rules.

Before you move to Ecuador, you would probably like to know that the laws in the country are not as elastic as you could possibly think. There are, for example, limits on bringing electronics to Ecuador: travelers are only allowed to bring up to 1 or 2 electronic items (that include cell phones, cameras, mp3 players and so on). If you plan on buying a car to satisfy your traveling needs, be aware that, in case your car price is above 20.000$, you would have to pay a luxury tax that would add from 15 to 35 percent to the ad valorem tax. Don't over speed that car either: going 11 km/h above the limit might cost you 3 days in jail!

Once you've considered the whole package and the pros and cons of life as an expat in Cuenca, don't forget about the invaluable opportunities the country can offer. All you have to do is ask yourself if you're willing to give up a bit of your old "gringo" lifestyle in order to find your little piece of paradise in this beautiful land.