I awoke this morning to the whine of a weed whacker wielded by a member of the neighbor's "mow, blow and go" crew. After squelching my initial impulse to pepper the perpetrator with rabbit pellets, I started ruminating on what life was like before the advent of such annoyances, before electricity and steam engines, back to the time when fire, water and whale blubber powered the world, and the most irritating sounds were of the sharks smacking their lips on a ship-side catch. (See "Chapter 64, Stubb's Supper" in Moby Dick for details.)

Now it seems that a day does not pass without some whining, buzzing, squealing, gnawing, jarring machine adding to the cacophonous internal chatter of the brain. Somebody in the neighborhood is always engaged in some machine-enabled activity, whether it's a construction project or a "mow, blow and go" crew sprucing up a landscape. Even out here on the coast where the waves of the Pacific provide an around-the-clock soundtrack, there's always some noisy contraption at work somewhere. 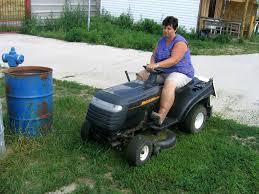 It made me wonder what effect these intermittent yet powerfully intrusive sounds were having on my brain, or more specifically, on my ability to concentrate. I wondered how these screaming, high-decibel lightning bolts of toneless white noise were contributing to my chronic tinnitus and especially my increasing inability to focus for more than ten minutes at a stretch.

According to a 2007 article on MedScape, noise pollution can contribute to all sorts of contemporary maladies:

The article goes on to point out that:

... a growing body of evidence confirms that noise pollution has both temporary and permanent effects on humans (and other mammals) by way of the endocrine and autonomic nervous systems. It has been postulated that noise acts as a nonspecific biologic stressor eliciting reactions that prepare the body for a fight or flight response. For this reason, noise can trigger both endocrine and autonomic nervous system responses that affect the cardiovascular system and thus may be a risk factor for cardiovascular disease.

There are arguments from a variety of researchers that claim that a high percentage of contemporary human maladies are a direct result of the post-industrial technosphere we have created to improve our quality of life. Nowhere is this more evident than in what I call "screen living," where beeps, boinks and Beethoven's Fifth are regularly notifying us to turn our attention to a 140-character snippet of wisdom or some other needless nugget. As the information on the screen continues to be served up in smaller and smaller bites, so does the attention span shrink while it jumps from one bite to another. It would seem that in today's screen-centric culture, the need to concentrate is fast becoming an anachronism.

Of course there's never been such a thing as a noiseless society, but I can't help imagining that pre-industrial revolution man-made noises where of an entirely different character. The mower would be swinging a scythe with a near-silent whoosh, the carpenters would be sawing boards and pounding nails by hand, the whine of the leaf-blower would be replaced by the scratch of a rake, the gurgling outboard motor replaced by the dip and creak of oars, the labors of all punctuated with song. 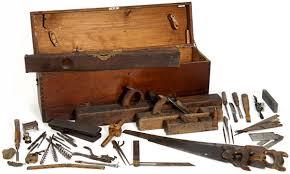 These days workers can barely hear themselves think, much less sing. And while efforts like The Slow Movement offer a vision of a simpler, quieter existence and opportunities to escape the rat race, such efforts aren't likely to recalibrate the arc of the current 21st century narrative of endless interruption and distraction.

Now, just to bring this disintegrated thought process back home: Our house is in a hollow created by a spring-fed creek, and across the creek is a grassy knoll belonging to the neighbor. Every weekend, almost without fail, old neighbor Tom saddles up his trusty Toro lawn tractor and mows the knoll whether it needs it or not. There must be something that really tickles Old Tom about riding up and down the knoll on his lawn tractor. Something must stimulate his testosterone and give him a sense of manly manliness when he dons his hardhat and mounts the Toro, which creates a tooth-rattling racket so loud that I'm forced to flee my office, go to the main house, close all the windows and crawl under the bed until that last blade of grass has been whacked.

To be fair, I'll admit to having a surge of manly hormones upon wielding a chain saw and marching into the woods. Oddly enough, when I'm inflicting aural pain on the rest of the neighborhood I don't feel the least bit of guilt. However I'll bet that I would feel an even stronger surge of testosterone if I were at one end of a quiet two-man felling saw and singing "I'm a lumberjack and that's okay..."

Nonetheless, I don't expect to see Old Tom giving up his Toro lawn tractor and weed whacker up for a scythe any time soon. Ever since technology has enabled us to replace muscles with motors, the health benefits of truly manual labor, both mental, physical and I daresay musical, aren't even passing considerations. Even now, when the Zen master says "Before enlightenment: chop wood, carry water. After enlightenment: chop wood, carry water," we might ask "why go to all that trouble when I can get a machine to do it?"